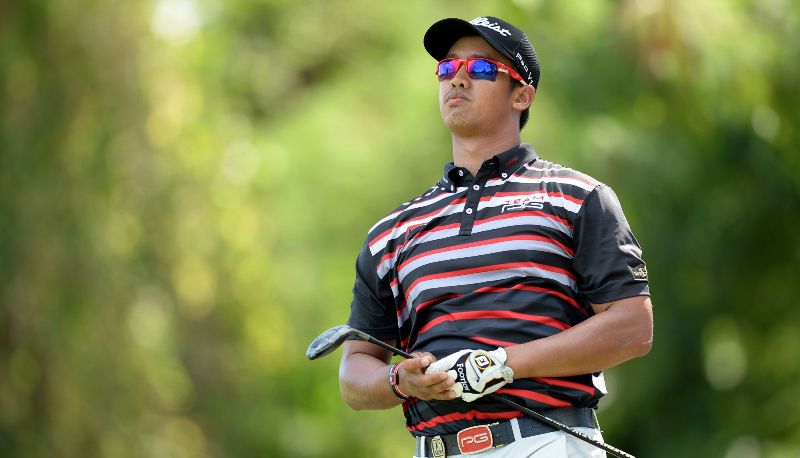 Malaysia’s young talent Arie Irawan is thankful for the opportunity to play on the region’s premier Tour in 2015 after earning his card with a sixth-placed finish on the 2014 Asian Development Tour (ADT) Order of Merit.

The ADT rewarded the top five players on its merit rankings with playing rights on the Asian Tour this season.

It was, however, a special case for Arie because Thailand’s Sattaya Supupramai, who finished fourth on the ADT Order of Merit, managed to secure his card through finishing inside top-60 on the Asian Tour rankings.

Despite not having any wins on the ADT, Arie capped a relatively good season with nine top-10 finishes on the burgeoning Tour which offered a record 21 events in 2014.

Arie, who just claimed his first professional victory on his domestic Tour last week, is now determined to excel on the Asian Tour when he heads into the brand new 2015 season.

“It has been a great year, I can’t ask for a better way to end the year. I finally won my first professional event last week at the PGM Maybank Players Championship and to earn my Asian Tour card now is a great feeling,” said Arie.

“This is only the beginning of my career and I have to put in a lot more hard work to compete on the Asian Tour. Playing on the ADT has helped me gain a lot of confidence in my game. I’m glad I managed to transfer what I have done on the ADT to the main Tour with a good finish in Manila,” added Arie, who joined the play-for-pay ranks in 2013.

While he basked in the joy of securing his Asian Tour card for 2015, Arie did not forget to congratulate Sattaya for finishing in top-60 on the Asian Tour Merit rankings.

“I really have to congratulate Sattaya for finishing inside top-60 on the Asian Tour. Sattaya told me right after he won the PGM UMW Impian Championship early in November that he will try to get into top 60 on the Asian Tour. The belief that he can do it was amazing, especially when he came in fifth at the BANK BRI Indonesia Open,” said Arie.

Sattaya, a three-time winner on the ADT, had notched two top-10s on the region’s premier Tour to finish 59th on the final Asian Tour Order of Merit this season.

Since it was inaugurated in 2010, the ADT has grown from five events in the first year to a record 21 tournaments in 2014. The ADT has announced a provisional 2015 schedule of a minimum 17 tournaments with several more to be announced in due course. All ADT events also receive Official World Golf Ranking (OWGR) points.