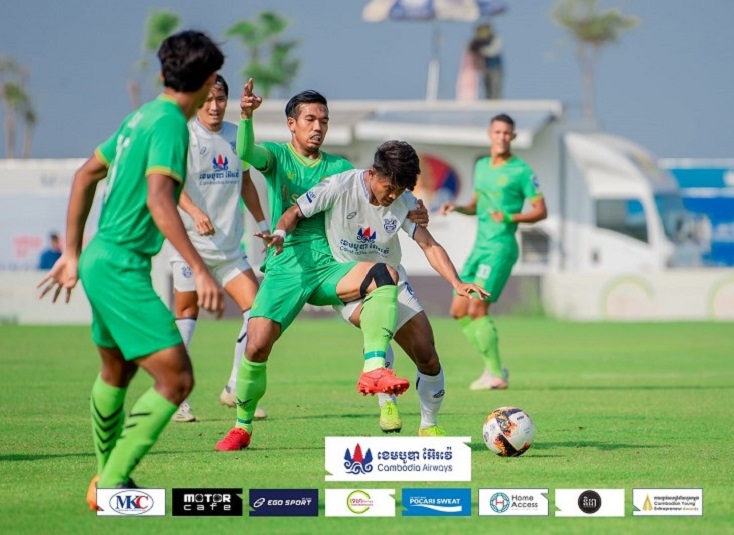 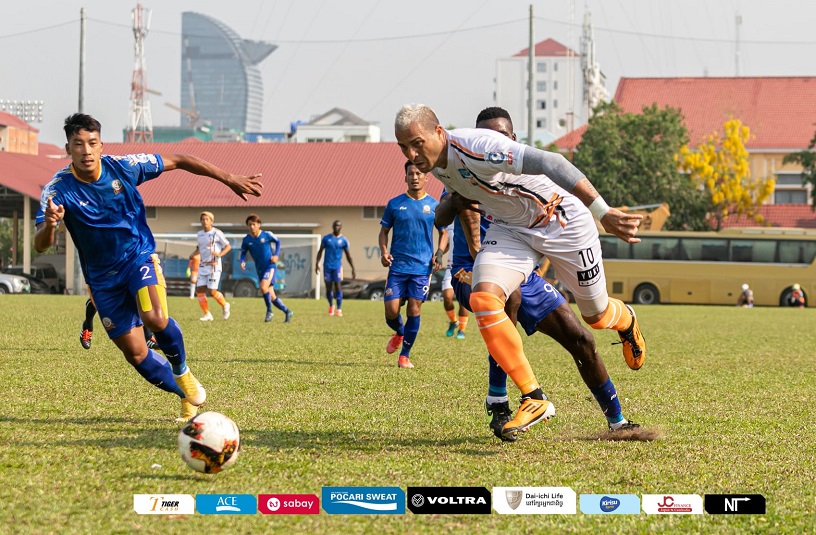 As Angkor Tiger FC maintained their position at the top of the 2021 Metfone Cambodian League, defending champions Boeung Ket FC are still winless after two matches.

Angkor Tiger edged Police Commissary 1-0 with the only goal of the game coming off Iago Fernandes in the 21st minute to lead the standings with ten points after four matches played.

On the other hand, champs Boeung Ket could not get their campaign on the right track when they conceded a 2-1 loss to former champions Phnom Penh Crown FC.

It was Boeung Ket’s second defeat in two matches where this time around, they could not hold on to an early strike from Mat Noron in the 18th minute at home to concede two goals after the break.

Yudai Ogawa grabbed the opener in the 52nd minute as Ukrainian striker Valeriy Gryshyn then fired in the winner two minutes later.

While the win put Boeung Ket third from the bottom of the table, the full three points could only place Phnom Penh Crown on third.

And the match was no less dramatic with a red card on AEU’s Lay Raksmey in the 37th minute sandwiched between Samuel Ajayi’s early sixth minute strike and Svay Rieng’s first goal through Junco Martinez’s penalty in the 42nd minute.

But AEU would finish the first half 2-1 on top with Abbee Ndjoo’s penalty in injury time.

However, the second half would be all Svay Rieng when Prak Mony Udom blasted in the equalizer just a minute into the second half before Marie Privat then grabbed the winner with a 64th minute effort.