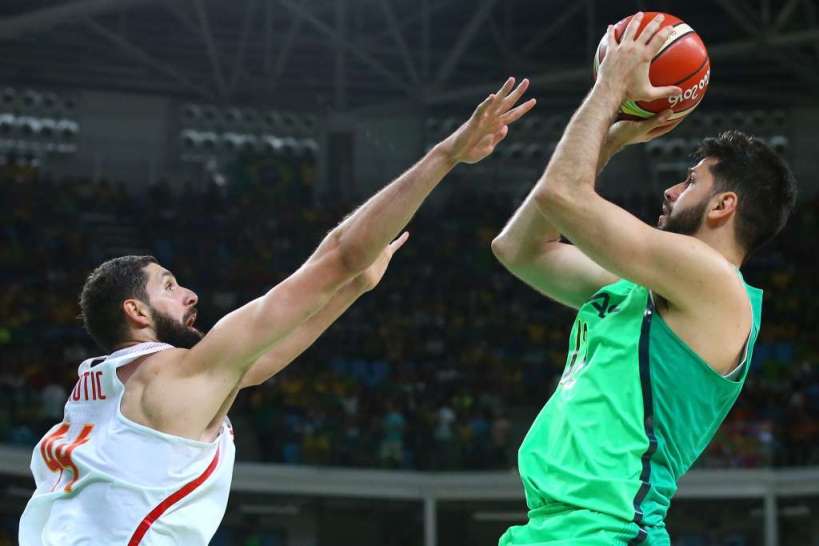 Luis Scola scored 13 of his 23 points in the first-quarter to stake an early lead for the Argentines, who were more in-synch than Croatia and buoyed again by boisterous fans from their nearby homeland.

Argentina stretched the advantage to as much as 20 in the third quarter before holding off a late Croatian push in a day of Group B play.

“I think only Brazil might have that kind of support (at the Rio Games).”

For the second straight game, Spain went down on a last-second play. Brazil’s Marcus Marquinhos tipped in a missed shot with five seconds left for a thrilling 66-65 victory in front of a charged-up home crowd (main pix).

Spain’s Sergio Llull then missed from inside the paint at the buzzer to seal a contest that dropped the Spaniards to 0-2.

The USA team of NBA players is heavily favoured to win the tournament for the third straight Olympics.

They are 2-0 and in command of Group A after defeating China and Venezuela by a combined 101 points.

Next up for Argentina is a battle for Group B supremacy with Lithuania, which moved to 2-0 with a 89-80 defeat of Nigeria.

Mantas Kalnietis and Jonas Maciulis each scored 21 points for Lithuania, which held off a late Nigerian rally.

Argentina is the only country since 1988 to take home Olympic gold other than the USA, winning in 2004.

The Brooklyn Nets’ Scola, 36, 39-year-old Manu Ginobili of the San Antonio Spurs, and Delfino — veterans of the 2004 team — are leading what will be their final Olympic quest.

Spain’s Gasol, who finished with 13 points and 10 rebounds, was so mercilessly taunted by Brazilian fans that it prompted a post-game apology from game-winner Marquinhos.

“I understand the crowd. We are hosting the Olympics,” Maquinhos said.

“But I would like to apologise in the name of the Brazilian people. I know that it was not disrespectful. Here in Brazil we tend to go after the best player of the other team.”

The raucous crowd appeared to unsettle Gasol, who was just 5-of-12 from the free-throw line.

Spain had once talked of dethroning the USA and it entered as Group B favourites but must now struggle to simply reach the quarters.

They will try to resuscitate those flagging hopes in their next game against fellow 0-2 Nigeria.

“I trust my teammates. We don’t have to be in a bad way,” Spain’s Rudy Fernandez said.

“We have a chance to win the title if we win the next three games.”