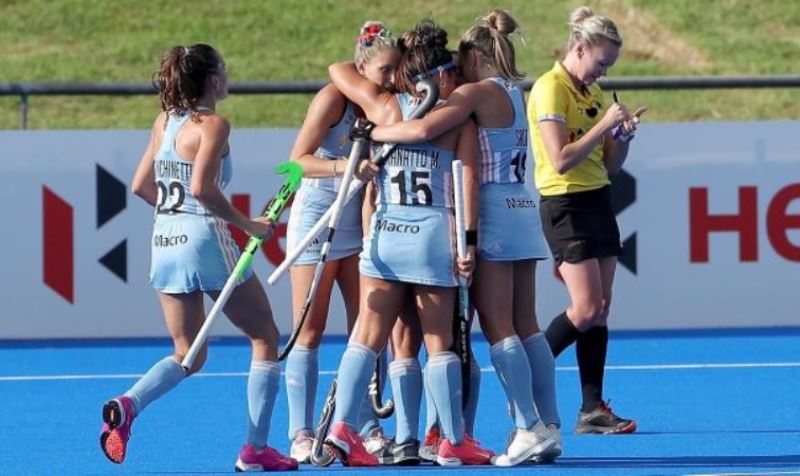 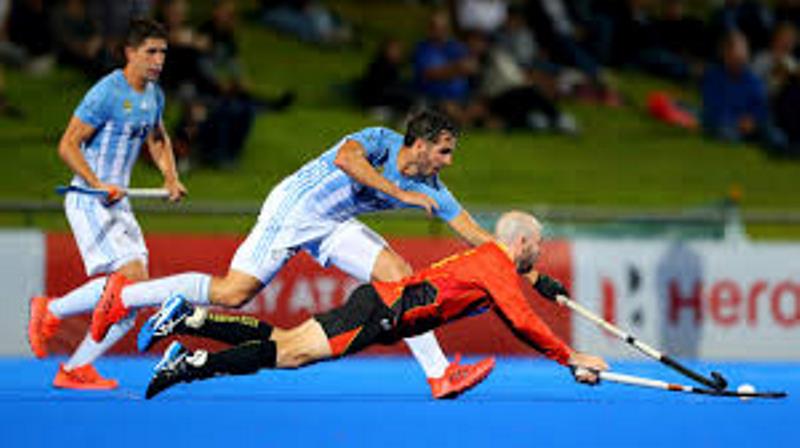 Argentina women moved to the top of the women’s FIH Hockey Pro League ahead of the Netherlands after an assured performance against Australia in Perth. Goals from player of the match Victoria Granatto and Sofia Toccalino were enough to ensure that Las Leonas took six points over the two matches against Australia.

In the men’s match, Australia put on a dominant show to beat the reigning Olympic champions Argentina 5-1. On his return to action after injury, Blake Govers was among the scorers, finding the back of the net twice. The result moves Australia ahead of Belgium in the FIH Hockey Pro League, after they took a total of four points from this weekend’s fixtures.

In the match between Australia and Argentina women, the visiting side took the lead after a fine solo goal was scored by Victoria Granatto. She jinked her way through several defenders before firing home her shot with precision past Ashlee Wells in the Australia goal.

While Australia cannot be criticised for the amount of effort they poured into this match, they struggled to contend with the well disciplined Argentina defence. Every attempt to create opportunities was well dealt with by the defensive unit, led by the imperturbable Victoria Sauze. At the same time, the Argentina attack always looked dangerous and capable of inflicting damage. Agustina Albertarrio and Eugenia Trinchinetti were particularly effective and, in the second half, Maria Granatto always looked capable of adding a goal. However, it was Sofia Toccalino who scored the second goal. Her goal came in the 59th minute, after Australia had removed their goalkeeper in an attempt to gain an on-field player advantage. It was a simple tap-in for Toccalino to seal the match.

Player of the match, Victoria Granatto said: “We did very well and won the three points. Six of six points is very good for us. It is a long way to Tokyo but we are heading in the right direction.”

More information on the match here.

It was a special day for Eddie Ockenden who was making his 366th appearance for the Kookaburras. This makes him the most capped Australian player of all time. It was also a good day for Blake Govers, who was returning after an absence through injury. The striker showed his shooting instincts to score twice in the first half of the match.

Govers was joined on the scoresheet by Trent Mitton, Dylan Wotherspoon, Tom Wickham and Joshua Simmonds – who scored his first goal for the senior side.

Jose Tolini scored a late consolation goal for Argentina from a penalty corner. The goal, his eighth in the Pro League, puts him at the top of the FIH Pro League goalscorers’ table.

Speaking after the game, Player of the Match Blake Govers said: “It was good to be back playing in front of a home crowd. It was good to be back on the job. And it was great to celebrate with captain Eddie [Ockeneden] today, he has played more than a calendar year of games. His enthusiasm for his country is amazing.”

There was a double celebration off the pitch as the two men’s team captains Pedro Ibarra and Eddie Ockenden read messages to celebrate International Women’s Day. Click here to see their message.

It was also time to celebrate Indigenous sporting heritage, with both the Hockeyroos and the Kookaburras wearing a specially designed kit, The Seven Sisters and the Emu in the Sky. The designer is none other than double Olympian – in hockey and sprinting – Nova Peris, cousin of current Hockeyroo Brooke. Nova won gold with Australia in the 1996 Olympic Games and then swapped to track to represent her country in the 2000 Games in Sydney. More information about this story can be found by clicking here.