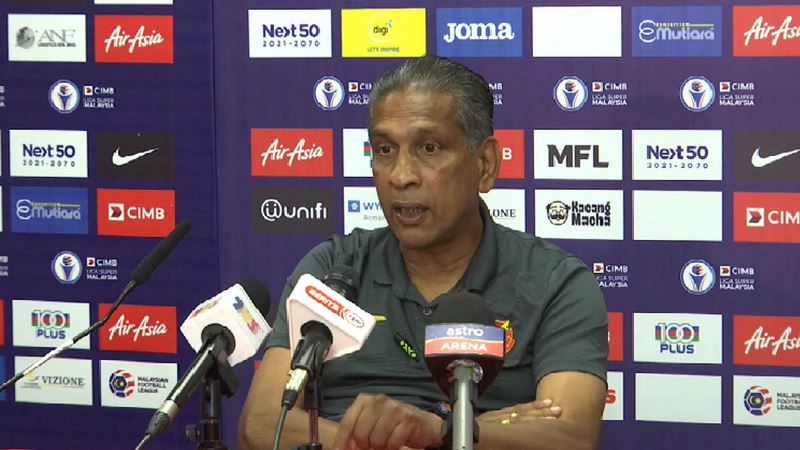 “I have won titles for teams with multi-racial lineups,” said Selangor head coach B. Sathiananthan as he drove home a strong message to the authorities that racism is getting out of hand in Malaysian sports.
”Why has it become an issue (of late) these days when an Indian is fielded? Are they (Indians) not footballers? Why is this happening after 62 years of Merdeka? I grew up land lived in a Malay kampung and such things never happened.
”What is happening now is hurtful and insulting in many ways. Unity is a forgotten word these days compared to the past. We played as a team with pride and dignity…but the same cannot be said today.
”The authorities need to cut out racism. Action should be taken on the culprits. They should come down hard on them (culprits),”’added Satianathan, adding that he picks his the team on merit.
”I don’t ‘pilih bulu’ (color of skin) in picking my team. I am a professional and go about doing my job professionally.”
“I have won titles for teams (including Kelantan) that were made up of all races…not just one race. But today it becomes an issue so much the player or players concerned fear backlash on social media.
“It hurts but this is the bare truth of sports in Malaysia…it is getting worse. I hope the parties concerned will take a serious look into the matter. It does not augur well for sports in the country,” said Satianathan.
Putting that aside Satianathan has called on his players to ”use their mental strength” to achieve a positive result for the tough away match against Terengganu at the Sultan Mizan Zainal Abidin Stadium in Gong Badak on    ‘
Terengganu carved out a 4-3 win over Kedah in a seven-goal thriller at the Darulaman Stadium in Alor Setar with Mauritania international plundering all four goals. The Turtles lost 1-3 to Perak at home in their first match.
Selangor beat Pahang in Kuantan in their opening match before the 1-1 draw against Perak at the National Stadium in Bukit Jalil.