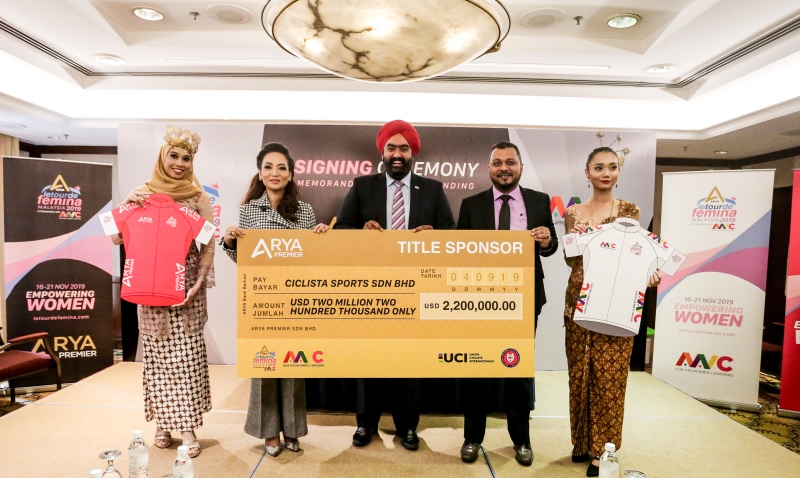 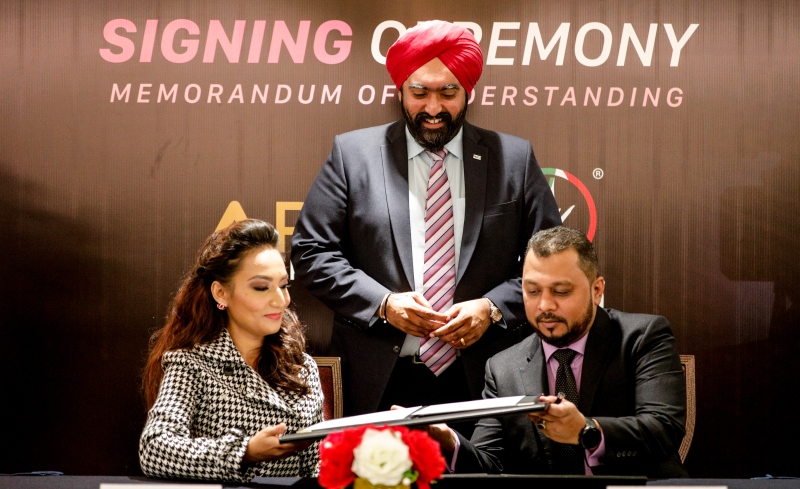 The international company, which is affiliated with multinational companies in Singapore and Indonesia with various bussiness links and associates worldwide, was unveiled as Title Sponsor of the inaugural edition of the Malaysian women international cycle race in a sponsorship ceremony at Dorsett Grand Subang, Selangor.

As title sponsor of the race, Arya Premier has been given the exclusive rights to the overall pink jersey as well as the white jersey (Best Asian).

LTdF 2019 is slated from 16 to 21 November, organized by Ciclista Sports Sdn Bhd in collaboration with the Ministry of Youth and Sports and the Malaysian National Cycling Federation (MNCF) with the aim of empowering women in sports as well as making Malaysia as one of the major cycling hubs for women.

Arya Premier, which is part of the Arya Group of Companies Malaysia, has pledged a total sponsorship of USD2.2 million for the race which will see the participation of professional and international women cycling teams from Africa, America, Asia and Europe.

“We are truly excited and thrilled to be part of Le Tour de Femina 2019 for the first time. It fits our beliefs and efforts especially in helping to contribute towards the empowerment of women in the field of sports and in particular cycling, not only locally, but also regionally and globally,” said Nor Azhar.

“We believe that LTdF provides us with a great platform not only to help us to further expand or brand and commercial purposes, but also to be involved in a unique event which brings about social and economic benefits to the community as well as help elevate Malaysia’s standing as a leading sporting nation, regardless of gender or background,” he added.

“We look forward to having a concrete and continuous partnership with Arya Premier and we believe, the race, being the first ever international women cycle race in the country, presents the company with great opportunities to expand its brand and commercial purposes. Most importantly, we look forward to grow the race to the highest level with Arya,” said Shahirudeen.

Le Tour de Femina 2019 is a multiple-stage bicycle race for women held in Malaysia and listed under UCI’s Women Elite calendar. The idea to hold the race was conceived by Ciclista Sports Sdn Bhd with the aim of encouraging and increasing the number of women participation in top-notch international stage races as promoted under UCI’s Agenda 22. The inaugural 6-stage race, scheduled from 16 to 21 November 2019,is sanctioned by the Union Cycliste Internationale (UCI). It is expected to draw top international women riders and teams from Africa, Europe, America and Asia.

Ciclista Sports Sdn Bhd is a sports event company that specialises in cycling events as well as sports apparels since 2010.  The company has been involved as consultant and organiser of UCI-sanctioned events in Asia. Its biggest achievement was earning the “Excellent Level of Organisation” recognition from UCI for organising Le Tour de Langkawi from 2016 to 2018.  Ciclista’s earlier involvement in sports event management includes the annual Janamanjung Fellowship Ride and Pulau Indah 180. From 2016 to 2018, Ciclista Sports acted as the event manager for Le Tour de Langkawi.