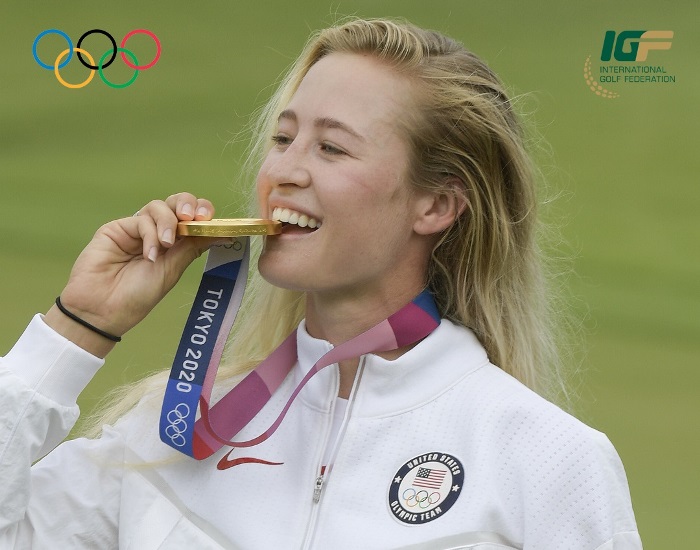 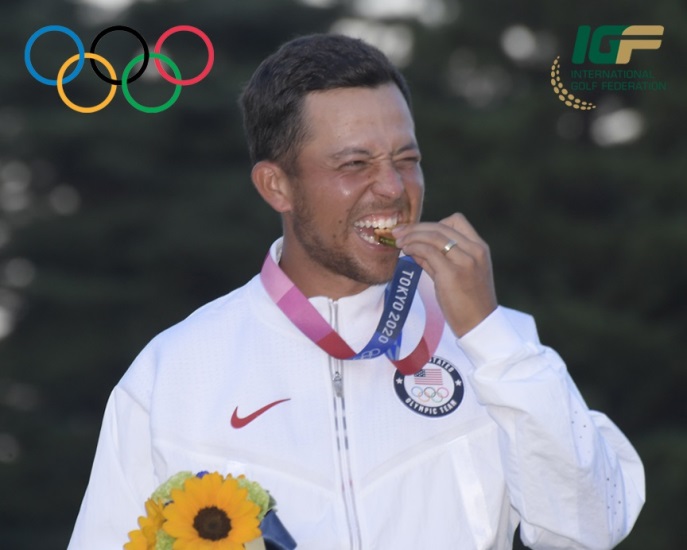 Hollywood couldn’t have scripted a better ending to the pandemic-delayed 2020 Olympic Games than Hideki Matsuyama battling Xander Schauffele down the stretch for gold medal at Japan’s Kasumigaseki Country Club.

Granted, the host nation’s favorite son—and reigning Masters champion—couldn’t quite take down the American. But golf fans in Japan also had a vested interest in Schauffele, whose grandparents moved there from Chinese Taipei when his mother, Ping Yi, was 2 years old.

And the best thing? Schauffele was able to show them the gold medal before he returned to the United States.

“It’s pretty hard to impress someone who’s almost 90 years old and has been on this planet for a long time,” he later said. “They’ve seen a lot of things, and to see my grandpa and my grandma’s reaction when I pull out this gold medal, it really was surprising. It shocked me.”

The 2024 Olympic Summer Games will be played at Golf National in Saint-Quentin-en-Yvelines, which is about 41 kilometers from Paris, where the Olympic Village will be located.

The men’s stroke play competition will be held Aug. 1-4, 2024, while the women’s tournament will be played the following week from Aug. 7-10, ending the day before Closing Ceremonies.

And believe it or not, if Schauffele gets to represent the United States again, he’ll be something of a hometown favorite there, too.

That’s because his father and long-time coach, Stefan, who was once a decathlete with Olympic dreams until he was hit by a drunk driver, is of German and French descent.

“The next Olympics are in Paris,” Stefan told PGATOUR.COM after Schauffele’s gold medal victory, “and I have family there, too.”

Of course, nothing is assured for Schauffele or Nelly Korda, who won the gold medal in the women’s competition in Tokyo, also edging out a local favorite in Mone Inami, a 12-time winner on the LPGA of Japan Tour, and New Zealand’s Lydia Ko by one stroke. Both will have to earn another chance to represent the United States in Paris.

The Olympic qualification process plays out over a two-year rolling period and utilizes the Official Olympic Rankings, which are based on the Official World Golf Ranking.

In short, that means more points are awarded at events when more of the top players are entered – events like the major championships and THE PLAYERS Championship, for example.

And while 2024 will certainly be critical to a player’s Olympic bid, there is no time like the present to get a jump on things.

The field for each competition in Paris is just 60 players. The top 15 players in the world at the end of the qualification periods are eligible – but no more than four of those can be from any single country.

The rest of the field is also based on the rankings with a maximum of two eligible players from each country that doesn’t already have two or more from the top-15.

In 2021, Schauffele was third in the Official Olympic Rankings and ranked fifth in the world. Korda, who won her first major championship at the KPMG PGA Championship the week the qualification period closed, was No. 1 in both categories on the women’s side.

Interestingly, Korda’s sister, Jessica, also was one of the four women on the U.S. Team, finishing in a tie for 15th. And when they teed it up in Japan, the two followed in their mother’s footsteps – Regina (Rajchrtova) played tennis for Czechoslovakia at the Olympic Games in Seoul in 1988.

The 2023 PGA TOUR schedule features a series of 17 designated events with purses of $20 million USD or more that are designed to bring the top players together on a regular basis – but none are bigger than the majors or THE PLAYERS, which are spread over a five-month span that begins in March.

THE PLAYERS kicks things off March 9-12 on the Stadium Course at TPC Sawgrass. Annually featuring the strongest field in golf, top-to-bottom, the TOUR’s flagship event features a $25 million purse.

Four weeks later comes 2023’s first major in the Masters, which is played annually at Augusta National Golf Club. Scottie Scheffler, the TOUR’s Player of the Year, will defend his maiden major April 6-9.

The PGA Championship will be held May 18-21 at Oak Hill Country Club in Rochester, N.Y., with Justin Thomas defending. Matt Fitzpatrick has the honors at the U.S. Open, which will be played June 15-18 at Los Angeles Country Club, which is hosting its first major as well as the first in the L.A. area in 28 years.

The Open Championship, which is being played at Royal Liverpool in Hoylake, England this year, rounds out the men’s major calendar. And three weeks later, the FedExCup Playoffs begin with only 70 players starting in the race for win the $18 million first prize.

The first of five majors on the LPGA Tour in 2023 is also played in April, from the 20-23, to be exact. That’s when Jennifer Kupcho defends at the Chevron Championship at the Club at Carlton Woods in The Woodlands, Texas.

The next two majors are back-to-back on the LPGA Tour schedule, although there is a week’s break between them. South Korea’s In Gee Chun gets things going when she defends her title at the KPMG Women’s PGA Championship June 22-25 at Baltusrol Golf Club in Springfield, N.J.

The ProMedica U.S. Women’s Open features the richest purse on the LPGA Tour at $10 million and a first-time venue for its oldest major in the Pebble Beach Golf Links. Australia’s Minjee Lee is the defending champion.

The LPGA Tour goes overseas for its final two majors, which are also played in a three-week span. The Evian Championship takes center stage July 27-30 at the Evian Resort Golf Club in Evian-les-Bains, France where Brook Henderson defends.

And the major season concludes with the AIG Women’s Open, which will be held Aug. 10-13 at Walton Heath Golf Club in Surry, England. South Africa’s Ashleigh Buhai defends after picking up her first major last year after 221 LPGA Tour starts.

Perform well in the big events this year and players can certainly set themselves up to make a run at the Olympics in 2024.