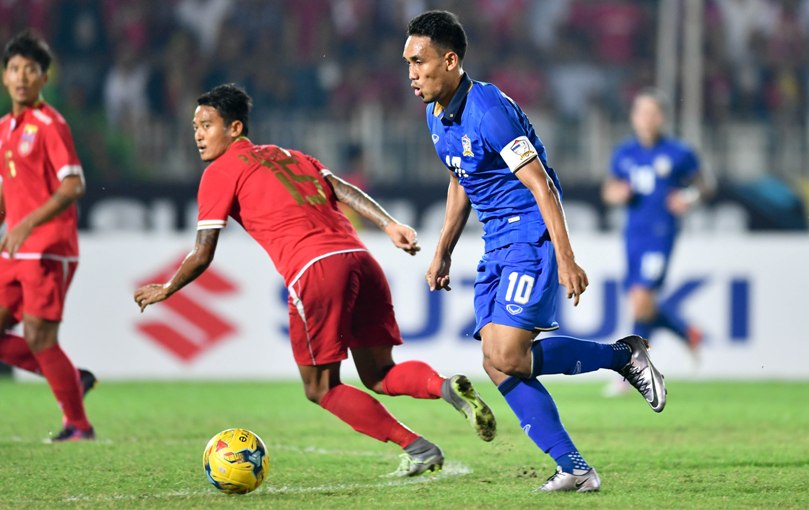 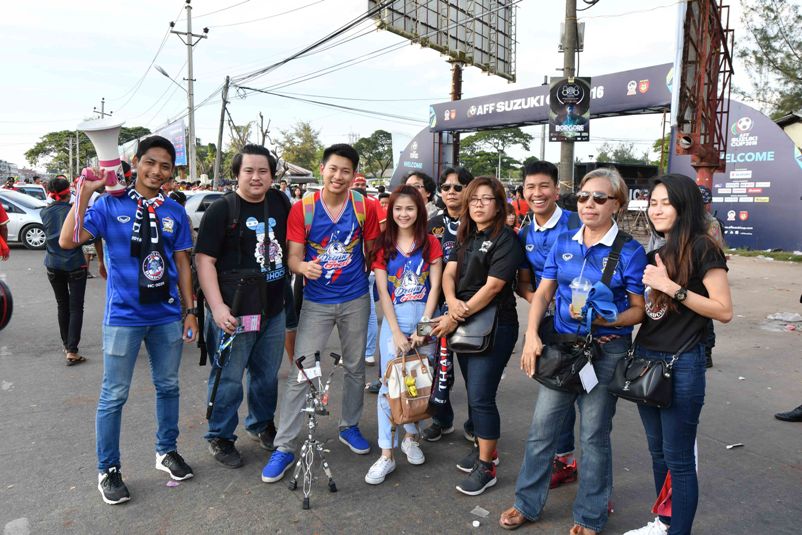 Two goals from star striker Teerasil Dangda in the AFF Suzuki Cup first-leg semi-final tie against Myanmar today steered Thailand a step closer to the final and their dreams of retaining the prestigious title. For Myanmar, the 2-0 defeat will make it tough for them to turn the game around in Bangkok.

Teerasil blasted a goal in each half to ensure the reigning champs return to Bangkok with a comfortable lead for the return leg. He silenced the 33,122 fans, who had packed the Thuwanna Stadium, in the 24th and 55th minutes to take his overall tally in this tournament to five goals.

“Our target has always been to qualify for the final and win the championship. Today’s win is dedicated to our late King whose birthday is tomorrow, and also for our newly crowned King (King Rama X),” said Thai coach Kiatisuk ‘Zico’ Senamuang.

On today’s match, Kiatisuk said the plan was to go and win the game. “We wanted to be ahead after this game. We had our chances and scored but still it’s not finished yet.  Maybe they (Myanmar) were under pressure but I believe they could be better in the next game.”

Myanmar coach Gerd Zeise was disappointed. “I told the players that when they had a chance, take a shot and not pass it on to another player. Today, the Thais were a better team, they have high quality players which we don’t have. We made mistakes and paid for it.”

Tonight, the Thais took a little time to warm up but when they did, that’s when things began to get exciting.  Teerasil was lurking at the top and was waiting for the chance to take a crack. In the 16th minute, Kroekrit Thawikan surprised with a crisp strike which the goalkeeper managed to stop.

A few minutes later, Thailand should have taken the lead but a brilliant through pass from Chanathip to an unmarked Teerasil in the centre was wasted. Instead of taking a crack himself, Teerasil pushed passed to Kroekrit who was slow to connect.

Another scare in the 23rd minute when Sarah Yooyen’s shot went just wide very quickly turned into horror when Teerasil, after being set-up by Chanathip, slammed his side ahead a minute later. A further two minutes, and the home fans were heaving a sigh of relief when Kroekrit’s flick over an out-of-position keeper, hit the crossbar.

Myanmar had their chance in the dying minutes of the first half but Myo Ko Tun’s strike was not good enough to get through.

Some ten minutes after the break, Teerasil waltzed down the centre and with only the keeper in his way, ploughed his shot into goal. Myanmar refused to give up and created numerous chances, but they were all let down by poor finishing. They could have easily picked up at least one goal, but despite trying their best, walked away with a two-goal deficit, something which will be difficult to overturn. 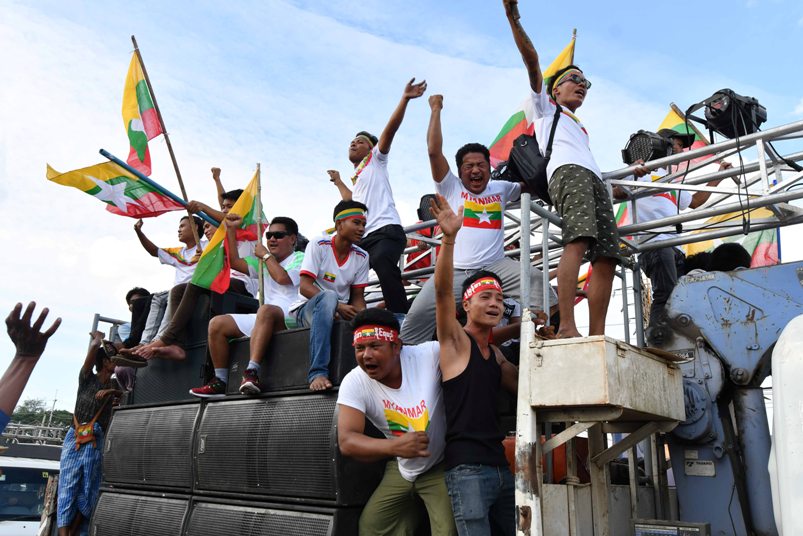