Home News ASCQ: It’s not yet over for Laos 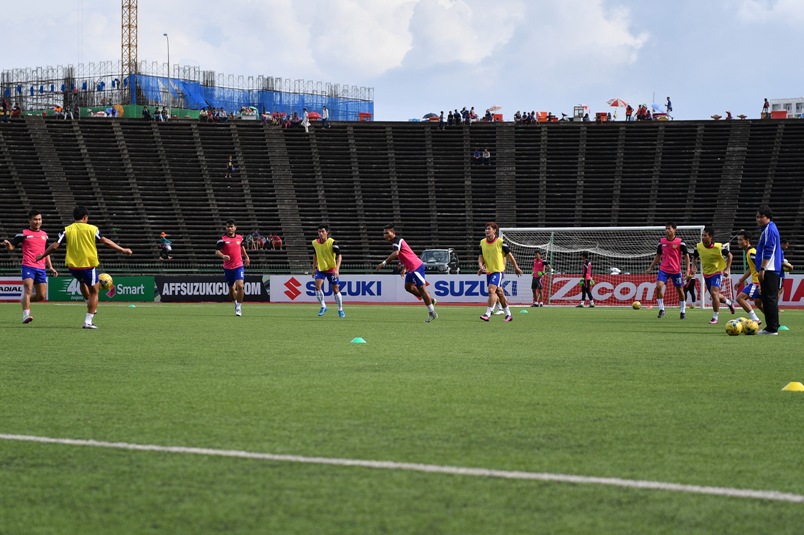 It’s going to be a long shot for Laos to advance to the final but they will take every effort possible to defeat Brunei in their last AFF Qualifying round match tomorrow evening.

For Laos to get past the qualifying round here, they must not only beat Brunei by a substantial score-line but also hope for Cambodia to slip-up against Timor Leste.

While Timor Leste have lost their first two matches and are out of the running for a final slot, they have proven to be a decent side with players who are rather skillful. Although they have lost both their games, the team has nothing to lose and will be going flat out to finish their outing here on a high.

And this is exactly what the Laos coach Veunsavanh Sivisay, is hoping will happen tomorrow evening when all the four team play their last match of the qualifiers. For the record, the last two matches will be held simultaneously. Laos will face Brunei at the RSN Stadium, while Cambodia meet Timor Leste at the National Olympic Stadium in downtown Phnom Penh. Both ties will kick-off at 1830pm.

Timor coach Fabio Maciel said his team would not be holding back punches. “We are serious and just because we lost two games, it’s not yet over. We have to play, and always play to win. It will be a difficult game. I always tell the players that they must fight to the end and keep their heads up.”