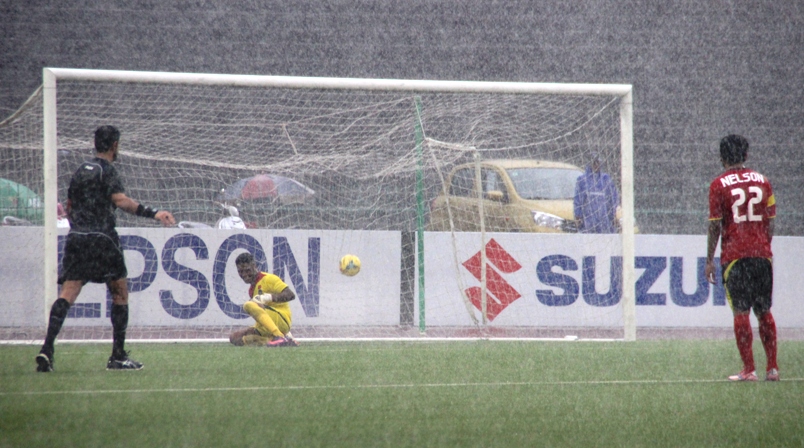 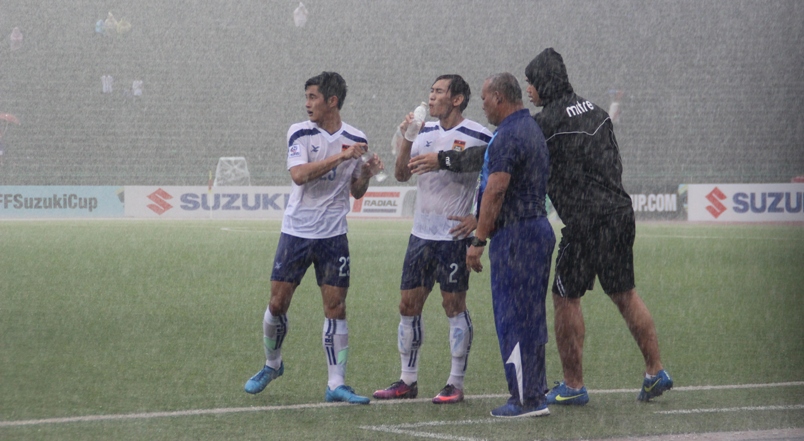 Substitute striker Souk Aphone Vongchiengkham rammed in a late winner on a blustery evening to keep alive Laos’ hopes of advancing past the AFF Suzuki Cup qualifying round here. Souk Aphone, one of the players with the smallest physiques in today’s match, made it a big day for his team to steer them to a hard-earned 2-1 win over Timor Leste.

After losing the opening match to Cambodia three days ago, Laos had to win today to remain in contention. But with five minutes on the clock and the score at 1-1, which would have been the worse possible result for both sides, the wily Souk Aphone sneaked in at the far post to stab in a low cross from Sitthideth Khanthavong from the right.

“Only after 90 minutes, can we know who can win the game because Timor Leste is not a weak team. They prepared well to go against us,” said Laos head coach Veunsavanh Sivisay.

Both teams showed a lot of fighting spirit in spite of the heavy rain. They are still running and fighting with both teams wanting to score the goal

Nevertheless, despite the poor odds, the Laos players never gave up until the end. After taking the lead through Phatthana Syvillay in the 40th minute.

Desperate to stop the speedy Phatthana Syvillay, Timor Leste defender Jose Maria Oliveira lunged at the Laos player. To the horror of Oliveira and his teammates, UAE referee, Yaqouib Yousuf Hasan Alhammadi pointed to the spot for a penalty.

Syvillay stepped up and sent a low shot to the right which caught the Timor keeper flat-footed.

Just prior to the goal, Syvillay, who was a constant bother to the Timor Leste players throughout the first half, missed an attempt from the top of the box. A minute later, his drive from the left was pushed out by the keeper.

It was a very much Timor Leste show after the break. They had numerous chances but were let down by poor finishing. As they continued to press on, Ricardo Sousa brilliantly broke through twice, in the 77th and 78th minutes, and despite having only the keeper in his way, failed to make his shots count. But in the 79th minute, Ricardo broke through again and this time flicked over the on-rushing keeper to level the score.

Then in the 85th minute, Souk Aphone, who came on at the start of the second half, sealed the win for his team and stop them from a premature exit.

“After the loss today, we will not have a chance to make the final rounds but we will still have to prepare the game against Cambodia.”