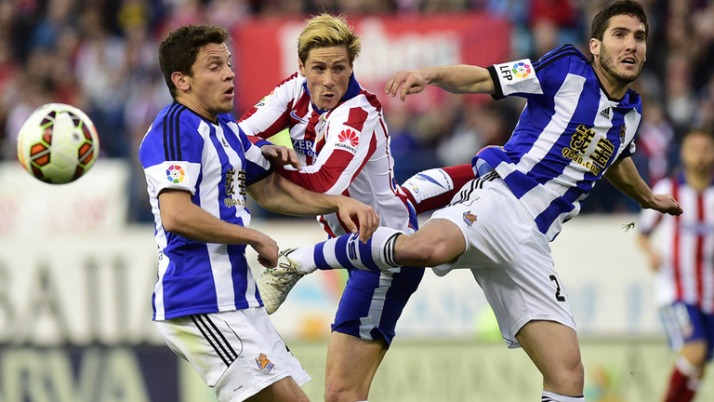 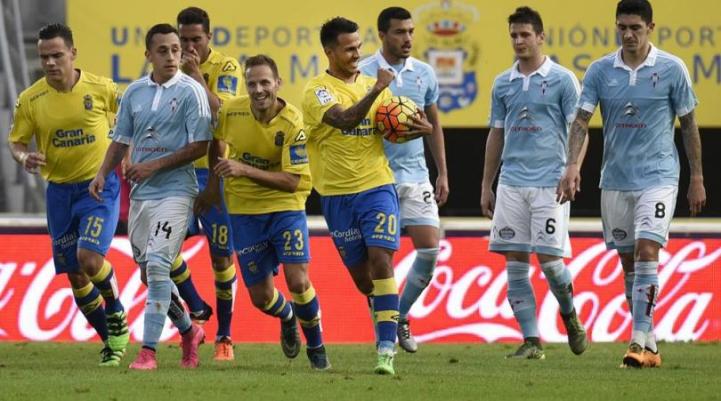 Atletico Madrid closed the gap on La Liga leaders Barcelona to five points with a routine 3-0 win over Real Sociedad on Tuesday.

A bright start from the hosts was rewarded when Diego Reyes turned Koke’s low cross into his own net after just eight minutes.

Saul Niguez’s acrobatic volley doubled Atletico’s advantage a minute into the second-half before Antoine Griezmann’s penalty rounded off the scoring.

Barca can restore their eight-point lead when they travel to Rayo Vallecano on Thursday looking to set a Spanish football record by stretching their unbeaten run to 35 games.

Third-placed Real Madrid are now seven points adrift of Atletico ahead of their trip to Levante on Wednesday.

“We started the game very well from middle to front which opened up the game for us,” said Atletico boss Diego Simeone.

“It is very difficult to imagine Barcelona losing games. We are concentrating on ourselves and bettering our own standards.”

Buoyed by coming out on top against Real in the capital city derby on Saturday, Atletico started full of confidence and should have killed the game off before half-time.

The opener arrived when Koke’s dangerous low cross from the right caused confusion between Reyes and Geronimo Rulli and the Mexican defender shanked the ball into his own net.

Diego Godin should have made it 2-0 moments later when he blasted over Jose Maria Gimenez’s flick-on from Koke’s corner.

Rulli then redeemed himself with smart saves from Griezmann and Luciano Vietto, although in truth both strikers placed their shots too close to the keeper.

Atletico did finally get the second goal with the first attack of the second half as Vietto’s lofted cross picked out Saul’s late run into the box and his bicycle-kick had too much power for Rulli.

The only slight concern for Atletico boss Diego Simeone was the sight of Godin having to be replaced by Lucas Hernandez shortly afterwards, with the vital return-leg of their Champions League last-16 tie with PSV Eindhoven just two weeks away.

Griezmann was Atletico’s hero at the weekend and he won the chance to round off the scoring against his former club when he was tripped inside the area by Antonio de la Bella on the hour mark.

The French international dusted himself off to send Rulli the wrong way for his 21st goal of the season.

Griezmann was then also withdrawn with a meeting against Gary Neville’s Valencia on Sunday in mind.

Sociedad began to threaten for the first time in the match in the final half hour as Carlos Vela fired just wide before Jonathas headed against the post.

At the bottom of the table Las Palmas secured a huge 4-0 win over fellow strugglers Getafe to move three points clear of the relegation zone.