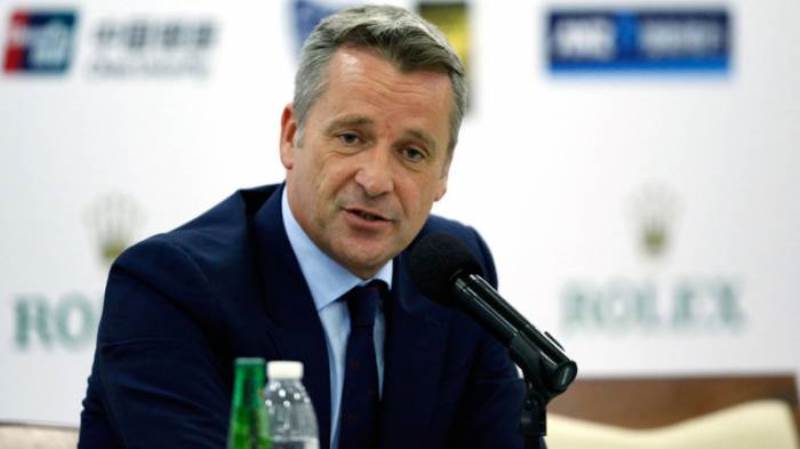 Men’s tennis boss Chris Kermode Tuesday pledged a shake-up in ATP rules as four players pulled out of the Auckland Classic before their opening matches, citing injury or illness.

By turning up in Auckland, the players became eligible for first-round prize money and avoided an ATP fine.

Kermode, executive chairman of the Association of Tennis Professionals (ATP), warned that rules around withdrawals were under review. But he also said he believed the players’ reasons for pulling out.

“The bigger concern would be players pulling out before they got here, that would be an issue,” Kermode told Fairfax Media in Auckland.

“They make the effort to come to the event and that’s demonstrated the desire to play here.

“Tennis is such a physical sport that these things are going to happen. We are currently doing a whole review process of our business and plans for 2019.

“Ranking points, player withdrawals and how we deal with that is something we’ve got to and are looking at.”

Harrison, who lost the Brisbane International final to Nick Kyrgios on Sunday, said he was too tired to play after arriving in Auckland early on Tuesday.

Eighth seed Rublev, who lost the Qatar Open final to Gael Monfils last week, cited injury, as did Pella, a semi-finalist in Doha, and Edmund, who played in Brisbane.

All four players are on the entry list for next week’s Australian Open, the first Grand Slam tournament of the year.

“A lot of it is about wording. You can withdraw through personal reasons, fatigue and things like this,” Kermode said.

“If there is a good, concrete, obvious reason, then I think fans realise that sport is live, dynamic and there are going to be withdrawals.

“When there’s the grey area at the beginning of the year, fatigue doesn’t sound that great. At the end of the year people would say, ‘OK, it’s been a long season.’

“So we’ve got to clear that up, that’s part of this whole process we’re doing.” – Agence France-Presse