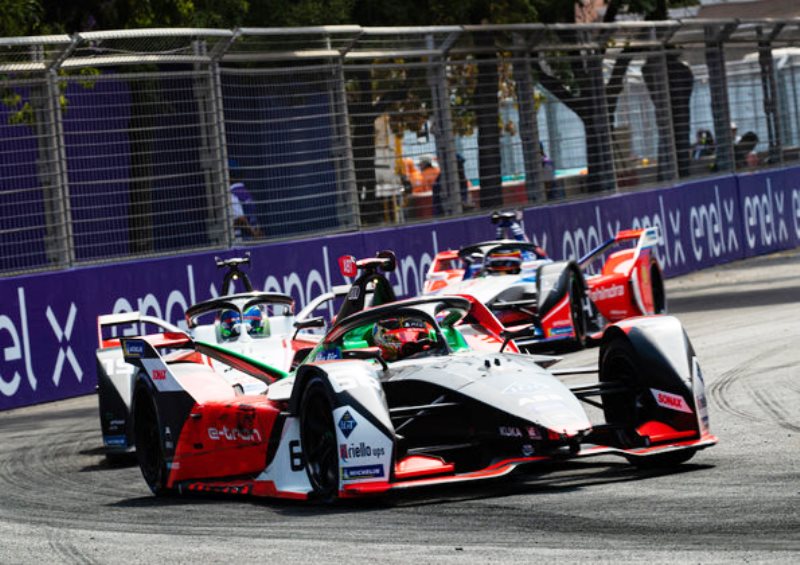 Formula E to race at Autódromo Hermanos Rodríguez on Saturday

Audi Sport ABT Schaeffler has been more successful in Mexico so far than any other Formula E team, so it would be the perfect venue for Daniel Abt and Lucas di Grassi to score their first victory in Season 6 next Saturday (February 15). The two race drivers can rely on support from the local fans.
The race in Mexico is one of the absolute highlights on the calendar. Although it is the only truly permanent race track of the season, the drivers love the circuit – especially due to its unique atmosphere in the stadium-like section, where they can even hear the cheering of the enthusiastic fans during the race in the cockpit. Some 40,000 spectators in the grandstands watch the race of the all-electric racing series every year.
The circuit has been a happy hunting ground for Audi Sport ABT Schaeffler in competitive terms. Last season, following a gripping race with a spectacular overtaking maneuver just a few meters before the finish line, Lucas di Grassi scored his second victory at the track after 2017.
In 2018, teammate Daniel Abt celebrated his first ever Formula E win in Mexico – a defining experience. The 27-year-old German even had a Mexican Skull tattooed on his upper arm as a memento of the occasion.
“Mexico is a special place for me – not only because that’s where I celebrated my first victory, but because the enthusiasm of the crowd makes for a fantastic atmosphere every year,” says Daniel Abt. “I always take a lot of time out to be with the fans and ride the wave of their euphoria for a while. My first trophy this season is overdue and celebrating it on the podium in Mexico on Saturday afternoon would be brilliant.”
As far as the track is concerned, the cards will be reshuffled this year for Formula E’s fifth appearance in Mexico: The circuit has been extended by 25 percent of its previous length, turning into a completely new section after the first two corners. Now boasting a length of 2.606 kilometers, the track promises even greater thrill than before, plus a good additional overtaking opportunity. Energy management was already a decisive factor last year and will be even more important this time.
“The new layout brings another element of suspense into play, because once again it will be important to quickly home in on the new track,” says Team Principal Allan McNish. “Subjectively, we fell short of our potential in the first three races: We had the performance, but after difficult qualifying sessions, did not go home with enough points. In Mexico, the team, the drivers and the car have always felt very comfortable so far. Our goal is to focus on our total package and to nail down success.”
Before the usually compact race day with free practice sessions, qualifying and the race packed into the space of just a few hours, Daniel Abt and Lucas di Grassi will be fulfilling a very special wish: Two days before the race, they are going to visit the Audi plant in San José Chiapa on the outskirts of Puebla, where nearly 5,500 employees produce the Audi Q5 and the Audi SQ5. In addition to a tour of the plant, the agenda includes a talk and photographs with employees, interviews and an autograph session.
“Events in Mexico are a highlight for any race driver – that was already the case in my days with Audi in the World Endurance Championships and it has received another boost in Formula E,” says Lucas di Grassi. “Thinking about the race last season still makes me smile – that was something you will probably only experience once – it was pure adrenaline.”
Following an intensive duel, di Grassi in an awesome maneuver overtook Pascal Wehrlein, who had been leading the race for a long time, just ten meters before the finish line in 2019, scoring a deserved triumph for the whole team after a strategically perfect race. “We know our strengths and are determined to fight for victory – although it won’t necessarily have to be such a close one again.”
The race in Mexico will start on Saturday at 4 PM local time (11 PM CET) and, as usual, will last for 45 minutes plus one lap. As always, Eurosport will air live coverage. All international channels including the broadcast schedule can be found online at www.fiaformulae.com. Under the name of AudiSport, Audi will provide Formula E reports from Mexico on Twitter, Facebook and Instagram.
In addition to the Audi Sport ABT Schaeffler factory team, the Envision Virgin Racing customer team will go on the hunt for points with the e-tron FE06 that was jointly developed by Audi and technology partner Schaeffler. Sam Bird and Robin Frijns sit in the third spot of the teams’ classification after the first three races.
- Advertisement - 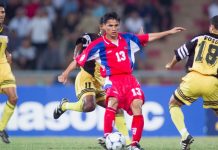