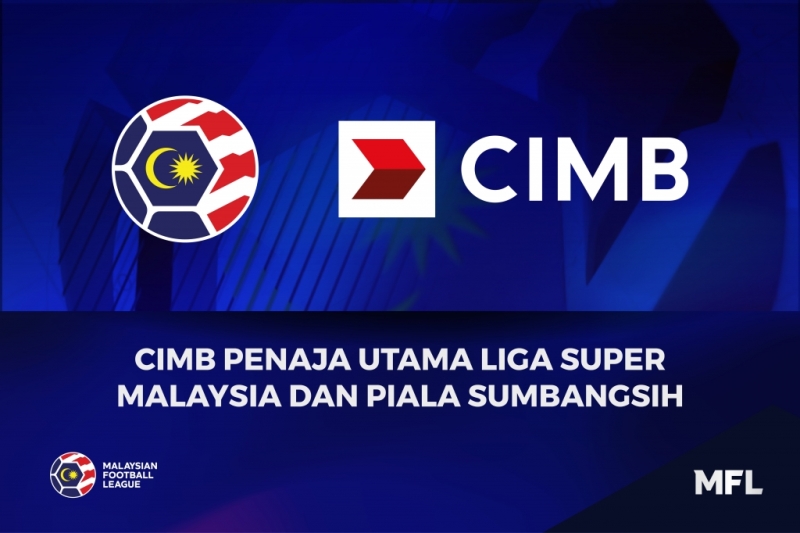 One of Malaysia’s biggest bank – CIMB Group Holdings Berhad – have signed on to become the main sponsor of the Malaysia Super League.

The league will now be known as “CIMB Liga Super Malaysia”.

“CIMB are very excited about this partnership and where we hope it will draw added attention to the CIMB Liga Super Malaysia,” said Chief Executive Officer of CIMB Group, Tengku Dato ‘Sri Zafrul Aziz.

“With more than 20 million fans, Malaysian football is the most popular sport in the country and we see our involvement as being a strategic partner.

“Football unites us all and we look at this partnership with MFL as the chance to give back to our customers and their support of the CIMB Liga Super Malaysia.”

Added Datuk Haji Hamidin Haji Mohd Amin, President MFL: “MFL welcomes CIMB Bank as the main sponsor of the league. We are very excited about this partnership considering that CIMB are a very progressive bank in the ASEAN region.”

The game on 28 February will be played at the Sultan Ibrahim Stadium in Iskandar Puteri.