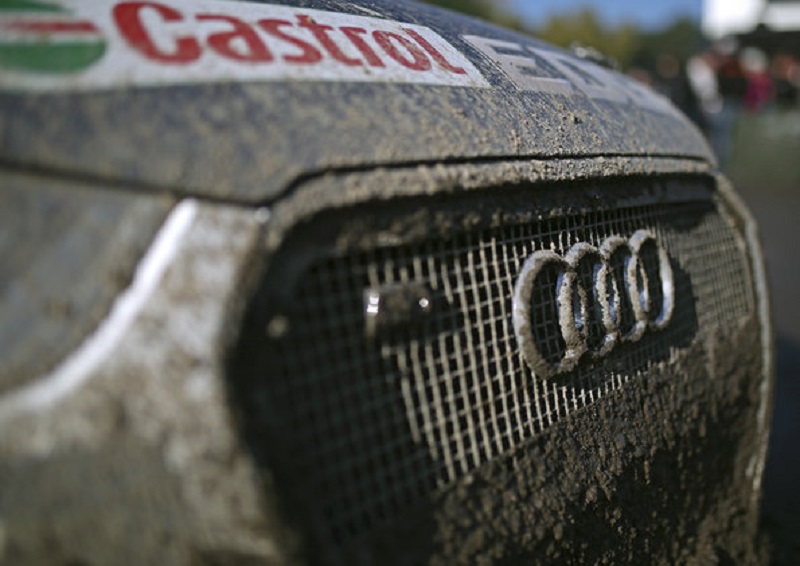 The finale of the 2017 FIA World Rallycross Championship season will take place in Cape Town this weekend. Mattias Ekström, Toomas Heikkinen and Reinis Nitišs have big aims for the event on November 11 and 12, shooting for their fifth win this season and the teams’ vice-championship title.

Ekström himself is aiming to become vice-champion in the drivers’ classification as well.

South Africa is hosting a World RX round for the first time this year. The construction project of the World RX track at Killarney International Raceway was launched in 2016. In the season’s finale at the foot of the impressive Table Mountain, Audi driver Mattias Ekström is going to battle for position two in the drivers’ championship.

Before the last race, the Swede has a one-point deficit to overall runner-up Petter Solberg. “Becoming ‘best of the rest’ isn’t bad either,” says Ekström. “We’re going to give this our all in South Africa.”

In the battle for second place in the teams’ championship, Ekström and Heikkinen are trailing Team Peugeot Hansen by 28 points. A team can score a maximum of 56 points on a race weekend. “We’re sure of position three, so we’ll be going for all-out attack once again in South Africa. It’s going to be a tremendous finale of the season,” says Heikkinen.

Reinis Nitišs, who will be on the grid in the third Audi S1 EKS RX quattro, shares this view. “Everything I’ve seen and heard about the new track is very positive. We expect the atmosphere there to be great as well. The places in the grandstands are said to be sold out already.”

The layout of the new track is somewhat reminiscent of the World RX circuit in Portugal. At the end of the long start-finish straight, the drivers turn into an open right-hand bend on tarmac. Following the first gravel section and another straight, there are some intertwined turns, followed only in the last section by the longer Joker version that is driven completely on gravel.