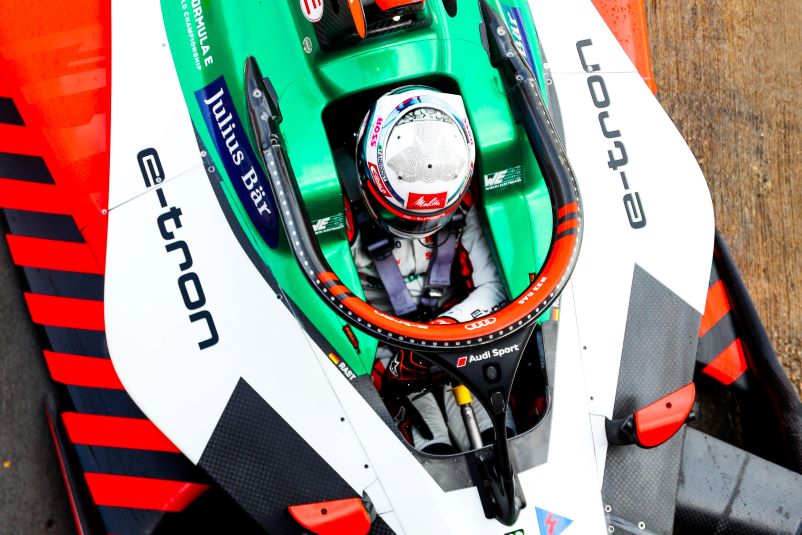 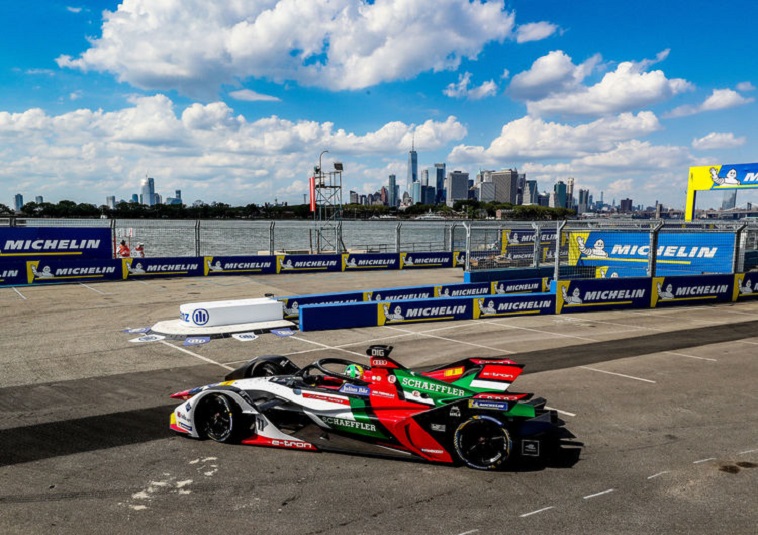 New track runs through ExCeL London in the London Docklands

After a four-year break, Formula E is returning home: this weekend (July 24/25), rounds 12 and 13 of the season will be held in London. On the spectacular track, which runs through an exhibition hall in the London Docklands, the title fight comes to a head. Audi Sport ABT Schaeffler, with its drivers Lucas di Grassi and René Rast, is within striking distance in both of the championship classifications.

The capital of Great Britain has provided some motorsport drama several times in the past: In the first two seasons of Formula E, the title fight was only decided in the very last race, when Lucas di Grassi was one of the protagonists on both occasions.

“We have already experienced many emotional moments in our Formula E history in London,” says the Brazilian. “The headquarters of the series is based here, as is the case for many teams and drivers. You could say that Formula E is coming home.”

And yet, everything is different this time in comparison to 2015 and 2016, when Formula E raced on the extremely narrow and bumpy tracks at Battersea Park. This year’s venue is the Exhibition Centre London (ExCeL) in the London Docklands, located on the east side of the city. A first for the championship: a Formula E track runs through an enclosed exhibition hall.

“It’s the first time that a track is half open and half covered,” says Lucas di Grassi, after the first laps in the simulator. His impression: “The layout is not particularly fast overall. It has low energy consumption, many corners and, at first glance, offers few overtaking opportunities, making the circuit quite different to other Formula E circuits.”

At 2.252 kilometers in length, the track also holds numerous surprises due to the changing surfaces on the indoors and outdoor sections. For example, different grip conditions and, of course, changing conditions when it rains.

“The circuit in London is definitely different from anything that we’ve seen before, but that’s what Formula E is all about,” says Team Principal Allan McNish. “It’s a new challenge for all of the engineers and drivers. We’re preparing intensively to go into the first practice as perfectly sorted as possible but it will still be a relative voyage into the unknown.”

With four races to go in the inaugural world championship season, Formula E presents itself as exciting as never before: 15 drivers are within just 27 points of each other. Only a single perfect race day can earn a driver 30 points (victory, pole position, fastest race lap and being fastest after the group stage of qualifying).

René Rast is in seventh place of the drivers’ standings before the races in London, while Lucas di Grassi is in twelfth place. In the teams’ standings, Audi Sport ABT Schaeffler is fourth and the most consistent team in the field: Rast and di Grassi scored 14 times in eleven races, more often than any other squad.

“First New York, now London and then Berlin, the locations for the final phase of the season are really incredible,” says René Rast. “I’ve never driven on a circuit like the one in London in my career. The layout and the entire setting are completely new territory for all of us and something very special. It promises to be a great adventure.”

London will host two races during the weekend. The start time is at 3 p.m. local time (4 p.m. CEST) on Saturday and 2 p.m. local time (3 p.m. CEST) on Sunday. Fronted by Vernon Kay both London races will be shown live on Channel 4, as well as available via its on-demand streaming platform All4. All of the international broadcasters, including the broadcast times, can be found online at www.fiaformulae.com.

In addition to the Audi Sport ABT Schaeffler factory team, the Envision Virgin Racing customer team will also be racing for points with the e-tron FE07, which was developed by Audi. This season, Nick Cassidy and Robin Frijns are competing for the British squad which, like Audi Sport ABT Schaeffler, has been a member of the Formula E family since the first race in 2014. With six podium finishes in the season so far, Envision Virgin Racing leads the teams’ standings.