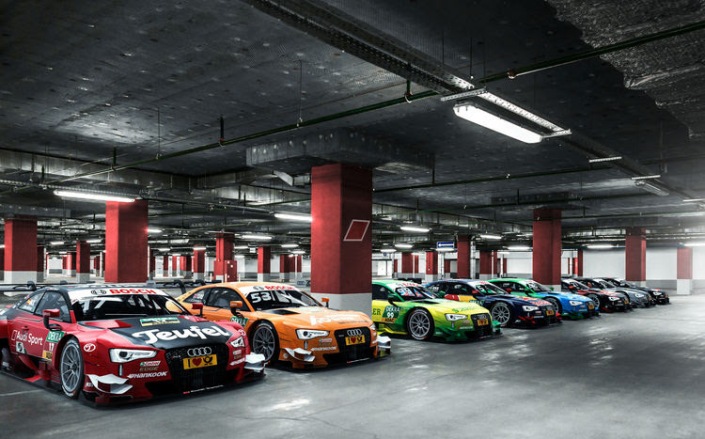 Jamie Green or Edoardo Mortara? Both Audi drivers have good chances of bringing the lead of the drivers’ standings home from the DTM round in Russia (August 19 to 21). In the manufacturers’ and teams’ classifications, Audi Sport is setting its sights on the top spot as well.

Following the summer break, the continuation of the DTM will be fast and furious. The championship will be decided within the space of just eight weeks, the race for overall victory being particularly close and thrilling this year. The venues are Moscow, the Nürburgring, Budapest and Hockenheim.

Audi is in a good position for the crucial stage in the championship. In the first ten races the team has clinched five victories, 13 podium results, five best times in qualifying and four fastest laps. “Moscow marks the beginning of the final sprint in the title race,” says Dieter Gass, Head of DTM at Audi Sport. “We’re giving our all to make up further ground in the championship – preferably in all three classifications.”

In the DTM drivers’ standings, Jamie Green (Audi Sport Team Rosberg) is trailing the leader, Marco Wittmann, by only seven points. In the last seven races, he achieved four podium results and his first victory this season. “Following my misfortune at the beginning of the season, things are going as smoothly again as they did last year,” says the Briton. Last season, he just barely missed the podium at Moscow.

Currently trailing Green with a ten-point deficit in third place is Edoardo Mortara (Audi Sport Team Abt Sportsline). Without the unjustified drive-through penalty at Zandvoort the two drivers would be near-equal on points. “I still have chances of winning the title and at Moscow we need to score as many points as possible,” says Mortara who, two days after Zandvoort, became a father for the first time.

Nico Müller and Mattias Ekström, in seventh and eighth place, have mathematical chances of taking the lead of the standings at Moscow as well which shows how close the entire DTM field is this year. “I always particularly enjoy traveling to Moscow,” says Mattias Ekström. “The track is fun and we’ve always been strong there.”
Ekström has mounted the podium three times in the previous four DTM races at Moscow whereas Mike Rockenfeller (Audi Sport Team Phoenix) has the best tally in the entire DTM field in Russia. “Rocky” has won there twice (in 2013 and 2015) and started the race from pole position on two occasions as well. “Following the bungled first half of the season, I’m really hoping now that we’re finally going to manage the turnaround at Moscow,” says Rockenfeller. “My guys are leaving no stone unturned so that we’ll be in contention again. Moscow is a great event with a challenging track on which you have to brake into the corners. That’s not easy, but I enjoy it.”

“We should be well-set again at Moscow this year,” says Dieter Gass. “The Moscow Raceway is a challenging track with a relatively even surface.” Since 2014, the track record in the race (1m 28.305s) has been held by Audi driver Miguel Molina.

Race one will start on Saturday (August 20) at 13:30 local time and race two on Sunday at 13:10. As usual, ARD will be airing live coverage on “Das Erste” (Saturday and Sunday, starting at 12:05 CEST on both days). Live onboard footage of both races will be available at www.audi-motorsport.com and live streaming from various perspectives at www.dtm.com/live.