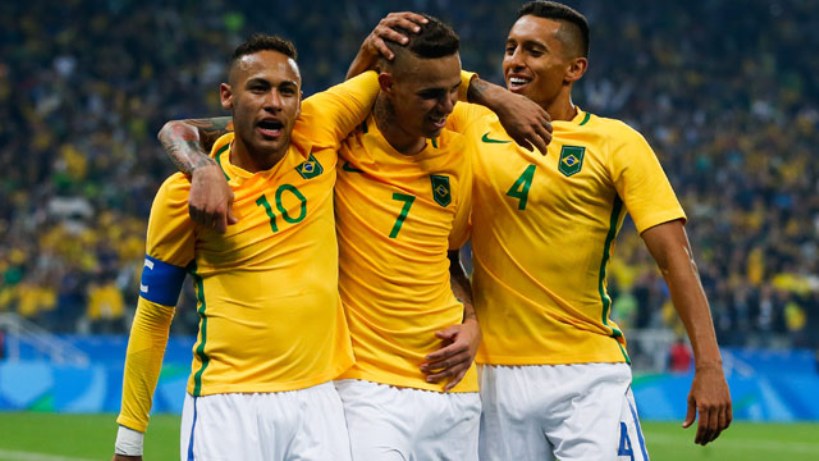 Brazil’s “dream” of a first football Olympic gold medal will not be blown off course by a row over bonus payments, insists defender Marquinhos with the hosts heavy favourites to see off Honduras in Wednesday’s semi-finals.

After touring round the country in Brasilia, Salvador and Sao Paulo, Brazil finally roll into Rio for their third consecutive Olympic semi-final expected to sweep aside the Central American outsiders in front of a full house at the iconic Maracana.

And Marquinhos stressed that national pride will overrule the Brazil players’ pay packets for a squad that includes multi-millionaires like Barcelona’s Neymar and Rafinha.

“We do not talk about bonuses, we have not reached a definite value (with the Brazilian federation),” Paris Saint-Germain’s Marquinhos said on Monday when pressed over how much each player would earn for landing gold.

“The dream for me, the team and the fans, is to be champions.”

Honduras have already seen off one South American heavyweight in Argentina to reach the last four and are just one win away from making history by securing the nation’s first ever Olympic medal.

And coach Jose Luis Pinto, who led Costa Rica to a shock run to the World Cup quarter-finals in Brazil two years ago, warned Brazil they won’t just turn up and win thanks to “the colour of their shirt.”

“We know that the Brazilian fans will support their team for 90 minutes, but we will have the mental and emotional control of it,” said Pinto.

“I am very respectful of Brazilian football but today you can’t win due to the supporters or the colour of your shirt.”

Neymar will once again be burdened with the hopes of a home nation in need of some success after striking just one goal in four games so far.

The 24-year-old’s Olympics finally came to life with his first goal of the tournament in a 2-0 quarter-final win over Colombia.

However, Pinto insists he has a plan to thwart Brazil’s golden boy.

“I am thinking a lot about Neymar and how I can control him. I’m looking for that player to mark him.”

Should Brazil make it back to the Maracana for Saturday’s final, the fascinating prospect of a rematch with Germany, just two years on from the hosts 7-1 mauling at the hands of the world champions in the World Cup semi-finals, is in store as the Germans take on Nigeria in Wednesday’s other semi-final in Sao Paulo.

Germany have again been the free-scoring side in Brazil, netting 19 times in just four games, including a 4-0 destruction of Portugal in the quarter-finals.

“We are very glad that the win against Portugal ended up being by such a high margin,” said Hoffenheim right-back Jeremy Toljan.

“With that we have made a huge statement to the other three teams who are still left in the tournament.” 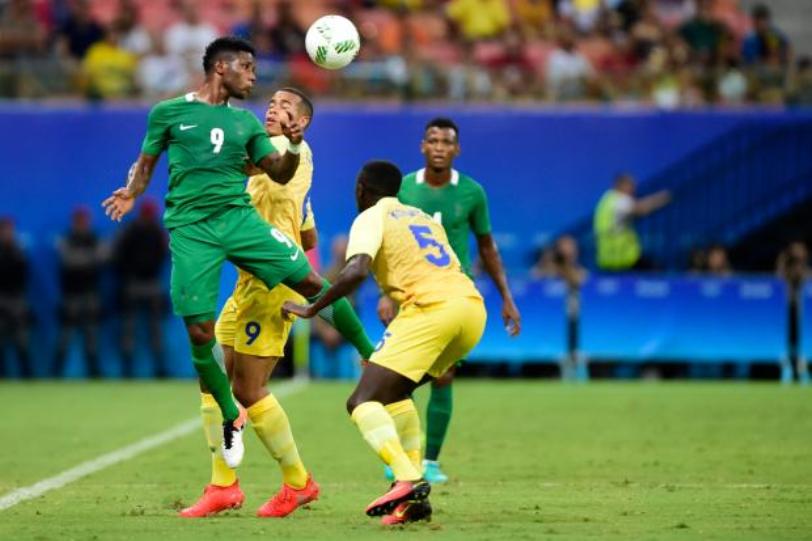 Nigeria, meanwhile, have overcome organisational chaos off the field to reach the semis.

The Africans arrived in Brazil just hours before their opening 5-4 win over Japan last week after being stranded for several days at their training base in Atlanta because the Federation hadn’t booked flight tickets in advance.

Coach Samson Siasia has also threatened to quit, claiming he hasn’t been paid his salary “for the past five months.”

“It was a bit frustrating coming down here, but while we were in Atlanta we knew that we had a good shot at getting to the final or winning the tournament,” said Nigeria captain and Chelsea midfielder John Obi Mikel.

“With the problems we have had, getting to this stage is just absolutely amazing and we just have to keep going.” – Agence France-Presse