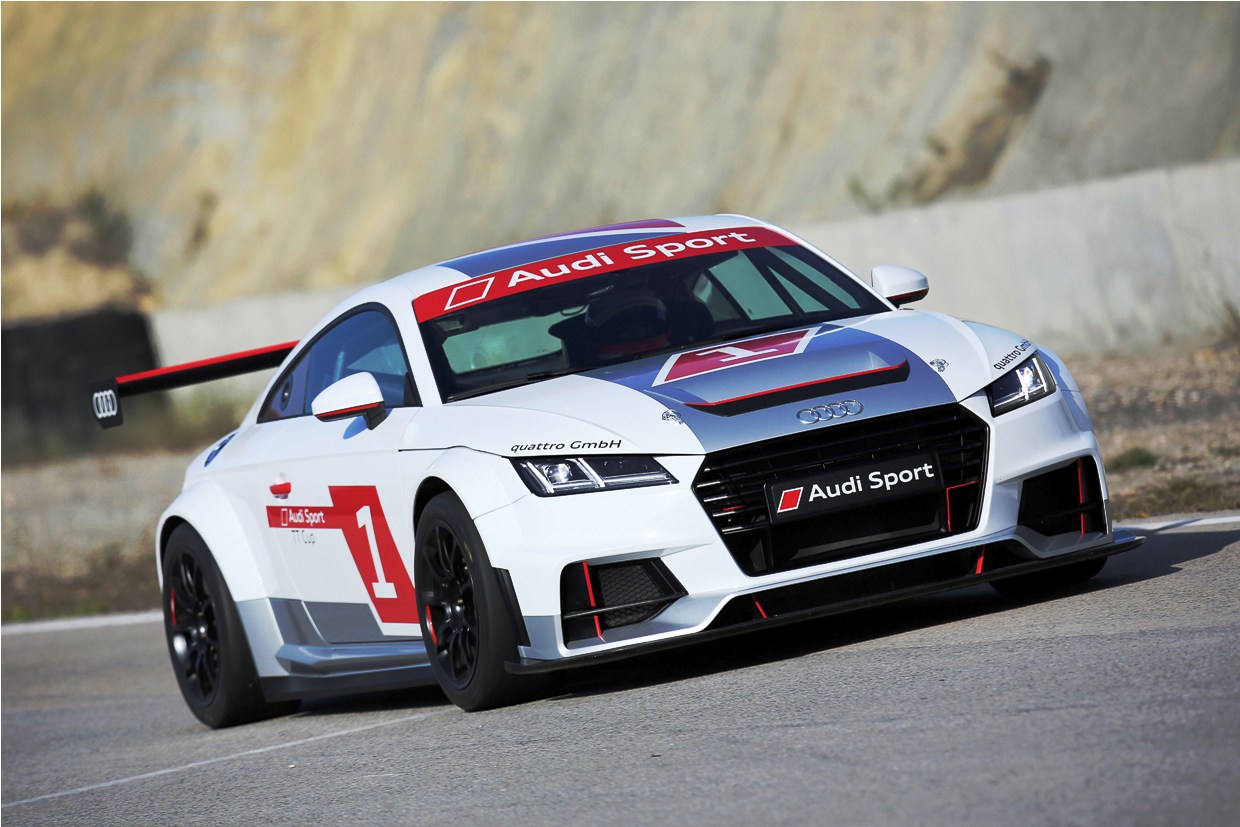 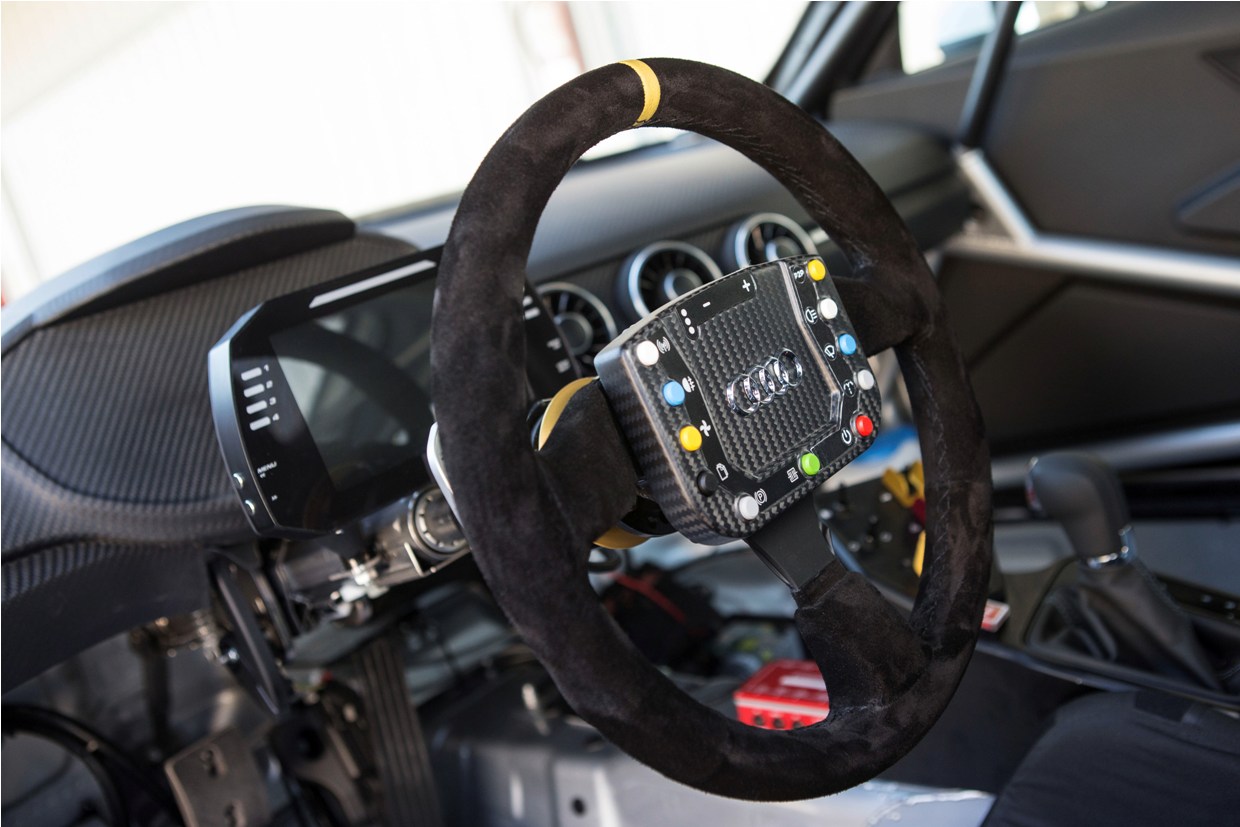 •   Audi Sport TT Cup from 2015 in DTM environment
•   Attractive race car for beginners and drivers switching from other series
•   Prof. Dr. Hackenberg: ?The TT is going to thrill fans and drivers?

With a dedicated racing series for the Audi TT* the brand with the four rings will be offering a new opportunity to enter the company?s successful motorsport world. The Audi Sport TT Cup will be held as part of the DTM starting in the 2015 season. This means that, following the successful introduction of the Audi R8 LMS Cup in Asia, Audi is launching another one-make cup in Germany next year. The racing version of the new Audi TT with a weight of only 1,125 kilograms delivers 228 kW (310 hp). By means of a so-called push-to-pass function the output of the two-liter TFSI engine can be briefly boosted by 22 kW (30 hp).

?The Audi TT is an icon and continues to epitomize powerful sportiness and emotional design in what is now its third generation,? says Prof. Dr. Ulrich Hackenberg, Member of Audi?s Board of Management for Technical Development. ?For me it was clear that a driving machine like the new Audi TT belongs on the race track as well. With the Audi Sport TT Cup we have found an exciting approach. The TT is going to thrill fans and drivers.?

In the 2015 season, at each of six DTM events in Germany and neighboring countries, two races of the Audi Sport TT Cup are planned. quattro GmbH will centrally prepare and field the 24 cars. Six cockpits will be reserved for changing guest drivers, while interested drivers can apply worldwide for the other 18 places on the grid at www.audi-motorsport.com effective immediately. The multi-stage selection process will take place in close cooperation with the Audi driving experience.

Markus Winkelhock will be on hand to coach the participants of the Audi Sport TT Cup as an experienced professional race driver. The former Audi DTM driver and winner of this year?s 24-hour races at the Nürburgring and at Spa has already tested the TT cup. His impression: ?The Audi TT cup is a genuine race car, ideal for rookies, yet challenging to drive. You immediately feel that you?re sitting in an Audi and recognize the close kinship with the brand?s other race cars.?

The extremely light body of the third TT generation with its intelligent material mix of steel and aluminum provides an ideal base for a race car. The four-cylinder TFSI and the six-speed S tronic were adopted from the production model nearly unchanged. An active differential that is electronically variable from the cockpit ensures optimal traction at the front axle.

?With the TT cup we offer an attractive race car for beginners and drivers who switch from other racing series,? says Heinz Hollerweger, Managing Director of quattro GmbH. ?It goes without saying that for Audi safety is of paramount importance. We?re using features from the Audi R8 LMS ultra, such as the Audi PS1 Safety Seat.?

The winner of the new Audi Sport TT Cup can look forward to receiving support in Audi?s successful GT3 sports car program. A subsequent promotion to the DTM or the WEC with Audi is another dream of many young race drivers. ?Audi fully concentrated on top-flight racing for a long time,? says Head of Audi Motorsport Dr. Wolfgang Ullrich. ?The Audi R8 LMS in 2008 was the first race car we specifically developed for use by customer teams. With the Audi Sport TT Cup, quattro GmbH now also offers the opportunity to enter racing with Audi.?