Home International Audi will start from third row in Japan 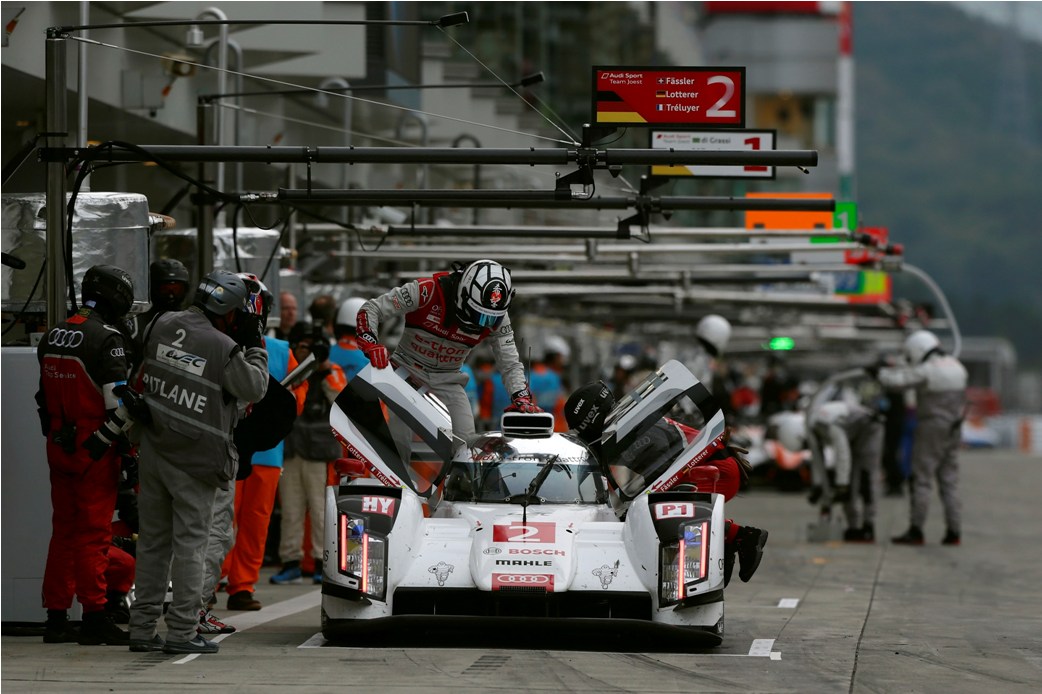 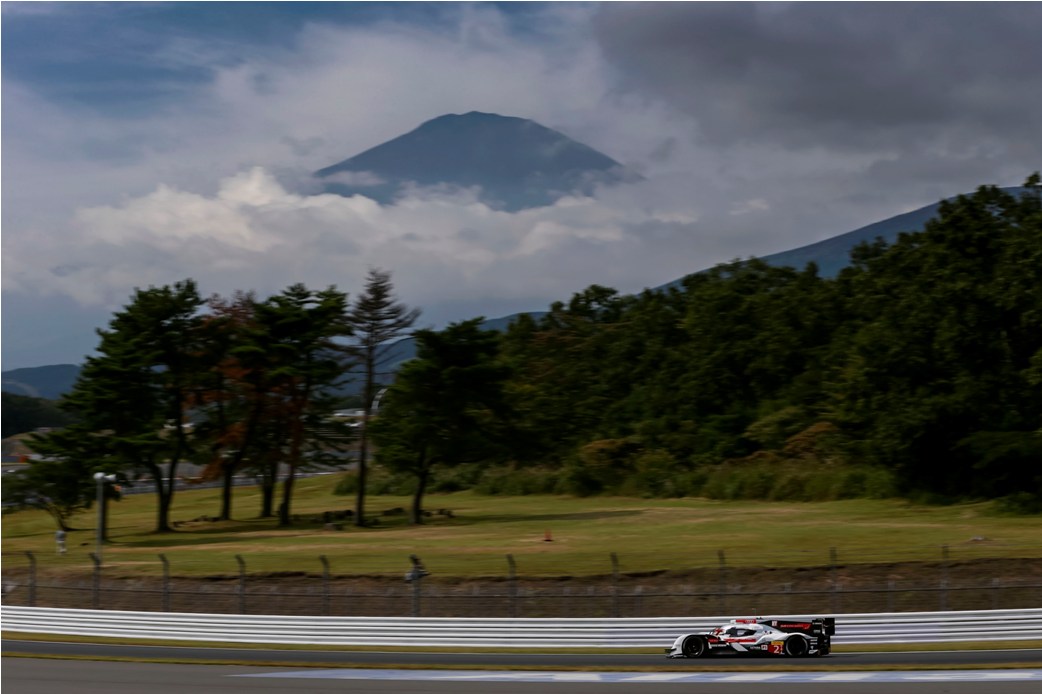 Ingolstadt/Fuji, October 11, 2014 ? Audi achieved grid positions five and six in qualifying for round five of the FIA World Endurance Championship (WEC) at Fuji (Japan). In the practice sessions, the team of Head of Audi Motorsport Dr. Wolfgang Ullrich and Chris Reinke, Head of LMP, thoroughly prepared for the 6-hour race on Sunday.

Audi knew that a challenging task had to be mastered in qualifying on the 4.563-kilometer track in the foothills of Mount Fuji. The 1.4-kilometer start-finish straight was not advantageous for the Audi R18 e-tron quattro in the battle for a single fast lap time. André Lotterer and Benoît Tréluyer on their four fastest laps achieved an average time of 1m 28.118s. As a result, the hybrid sports car of the Le Mans winners will be starting from fifth place. Their team-mates Loïc Duval and Tom Kristensen in the sister car were only 47 thousandths of a second slower on the average of their four best laps. Consequently, car number one will be tackling the race from position six. The fastest single lap of an Audi driver was achieved by André Lotterer setting a time of 1m 27.605s.

However, when the fifth race of the season starts on Sunday at 11 a.m. local time in Japan (4 a.m. CEST), lap times will definitely not be the only crucial aspect. In the last race at Austin (Texas), Audi Sport Team Joest proved that in the end an optimal combination of pace, strategy, reliable driving and good tire management prevails. The TV channel Eurosport will start airing a 60-minute summary of the race from 10.45 a.m. CEST. Fans can also keep up to date with the action on Facebook (AudiSport), Twitter (@Audi__Sport) and the news ticker (www.audi-motorsport.info) on the internet and on the Audi Sport App.

Dr. Wolfgang Ullrich (Head of Audi Motorsport): ?Grid positions five and six are certainly not what we?d been hoping for although it was to be expected that after qualifying we wouldn?t be at the very front. On the long straight, which has a major influence on lap time, it is possible to take particular advantage of high hybrid output. We have a slight disadvantage in this respect. But I?m confident that we?re going to fare better in the race.?

Chris Reinke (Head of LMP): ?Our positions in qualifying tend to be more of a solid than a euphoric result. In spite of this, we see ourselves being well prepared for the race. We?ve still got some unfinished business here and are going to try and live up to this expectation.?

Ralf Jüttner (Team Director Audi Sport Team Joest): ?It was a difficult qualifying session today. Yesterday, in free practice, we were looking good. In qualifying, we didn?t manage to up the ante. We?re banking on driving consistently and without any problems throughout the race. We?re optimistic of being further towards the front on Sunday.?

Marcel Fässler (Audi R18 e-tron quattro #2): ?We knew beforehand that we?d be having more difficulty in qualifying here than on other tracks. The long straight is very crucial for a timed lap. But I?m confident that our performances will be better in the race. The past rounds have shown that with a well-balanced vehicle performance throughout a race, we can make up quite a bit of ground. That?s why I?m positive and looking forward to the race. It?ll last six hours, so a lot can happen during that time.?

André Lotterer (Audi R18 e-tron quattro #2): ?We didn?t show the best performance today in qualifying although we did everything correctly. You could see that in spite of this we didn?t have the same speed as our competitors. That?s due to the track characteristics that do not allow us to make full use of our car?s potential. We?re at a disadvantage with the smaller hybrid class. But we?ve got a good race car. That?s going to help us for tomorrow.?

Benoît Tréluyer (Audi R18 e-tron quattro #2): ?It was a tough qualifying session. In free practice, we were still in front of the competition and, subsequently, in qualifying we switched positions. That was to be expected. On my stint, I didn?t manage to warm up the tires. André (Lotterer) drove a good qualifying session and delivered decent times which ultimately put us on grid positions five.?

Lucas di Grassi (Audi R18 e-tron quattro #1): ?It was a challenging qualifying session. We tried everything and have got to settle for this result. The race is very long and across the distance we can leverage our strengths in a better way. We previously showed that at Austin.?

Loïc Duval (Audi R18 e-tron quattro #1): ?More wasn?t possible for us today. The gap between us and our sister car is extremely narrow. Our rivals are very strong here. We were aware of this beforehand. Now we?re going to set up our car as best we can for the race and will thoroughly prepare our strategy. Our aim is to score a large number of points.?

Tom Kristensen (Audi R18 e-tron quattro #1): ?Today it was obvious again that qualifying in the World Endurance Championship is a very tough thing to do. We need to improve in this respect so that we can be in contention for the pole position in the future. On the whole, our car worked well, especially yesterday in free practice. I?m confident that we?re going to give the appropriate answer in the race.?