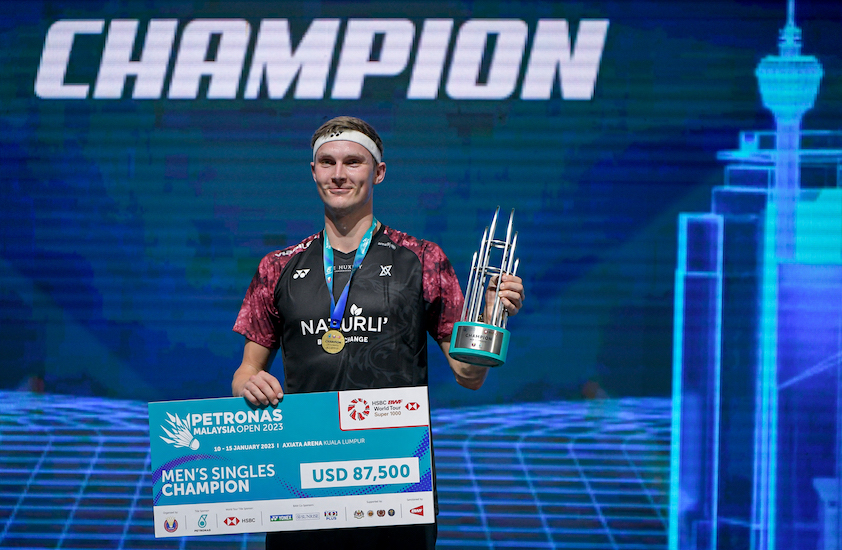 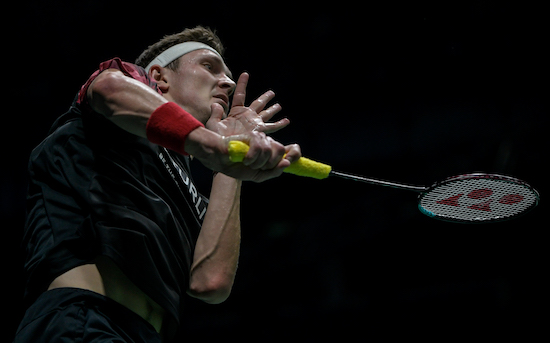 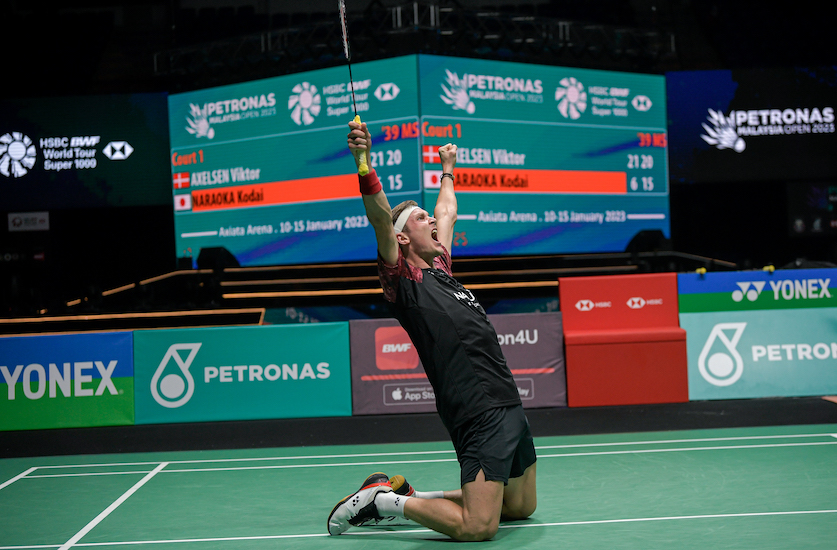 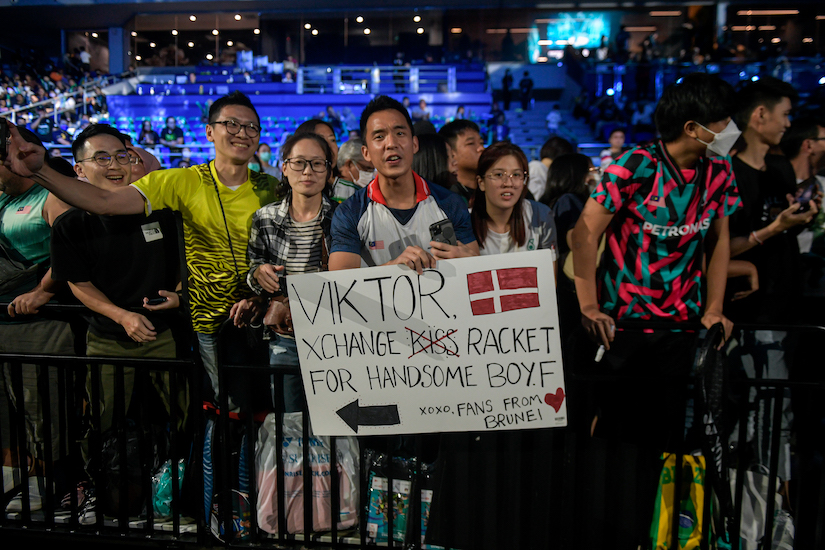 The 29-year-old Axelsen had expected today’s encounter against the 21-year-old Japanese to be a close affair,  but in the end, it turned out to be a one-sided encounter as the Dane ruled the courts and blew the Japanese away in just 40 minutes.

Playing in his ninth straight Super 1000 final and stepping into the courts with a 3-1 head-to-head winning record, Axelsen started aggressively in the first game, leaving no room for Naraoka to reply before taking the game in just 15 minutes.

Naraoka tried hard to bounce back in the second game, forcing Axelsen into making several unforced errors but it was not long before the world No.1 stepped up his game to eventually finish off Naraoka 21-15 and walked home with the USD87,500 prize money.

“Yes, I expected a close game against Kodai, but I could see from the start that he was a bit tired, probably after playing too many matches here this week. That was when I played a high pace game and didn’t give him many chances,” said Axelsen, who now holds a 4-1 head-to-head winning record over the Japanese.

Axelsen attributed his success to having a good balance in life and having a beautiful family which kept his mind off the pressure of competitive badminton. 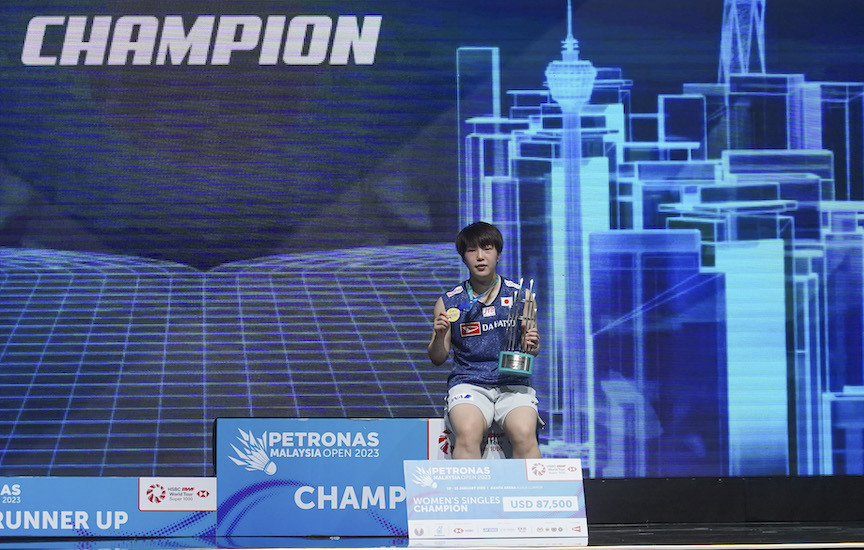 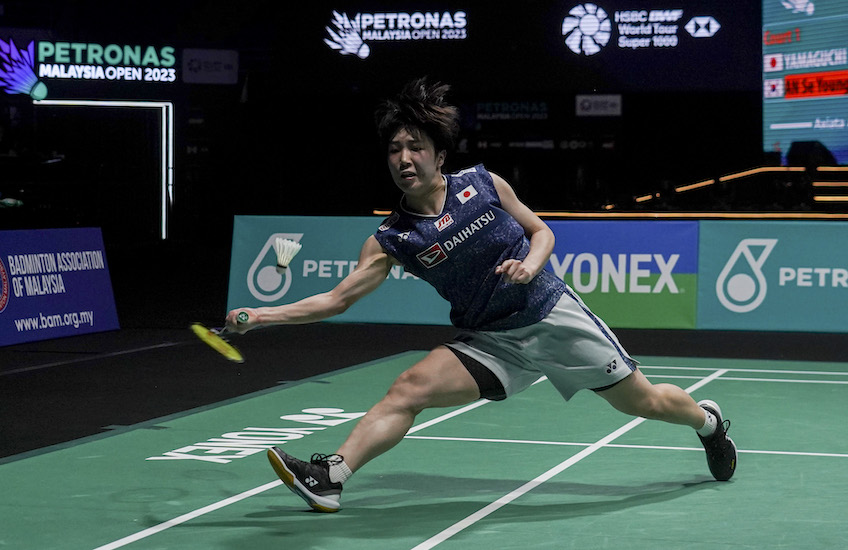 Yamaguchi who became the second Japanese player to win the women’s singles of the Open, however, had to contend with a hard-fought tussle by the Korean young star before claiming the title with a 69-minute match of  12-21, 21-19, 21-19.

“I was not really settled in the first game but managed to match Se Young in the second game and regained my confidence,” said Yamaguchi. 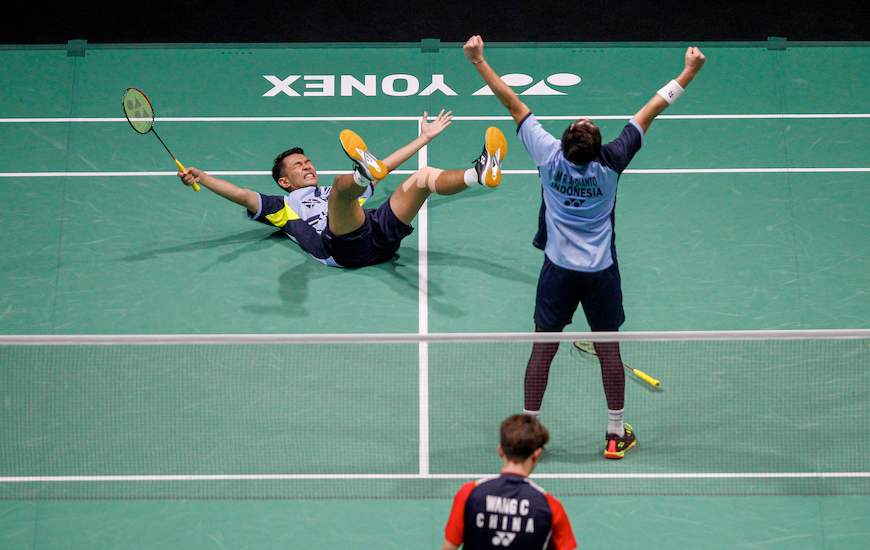 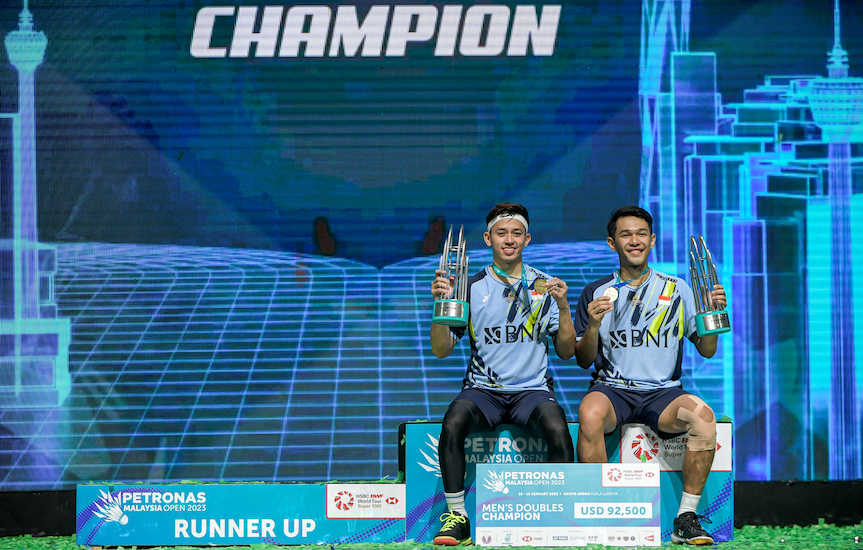 “We’re extremely happy with our first Super 1000 title. This will surely motivate us to work even harder throughout the season,” said Fajar.

Meanwhile, top mixed doubles pair Zheng Si Wei-Huang Ya Qiong, who has won all tournaments except the Japan Open in the last 18 months, also lived up to their top billings by winning their fourth consecutive Malaysia Open title.

“We’re very motivated and excited to have won our fourth title in Malaysia. What a perfect way to start the year,  and it certainly gives us extra motivation to do well in our upcoming tournaments. For now, we need to recover before heading for the India Open,” said Zheng.