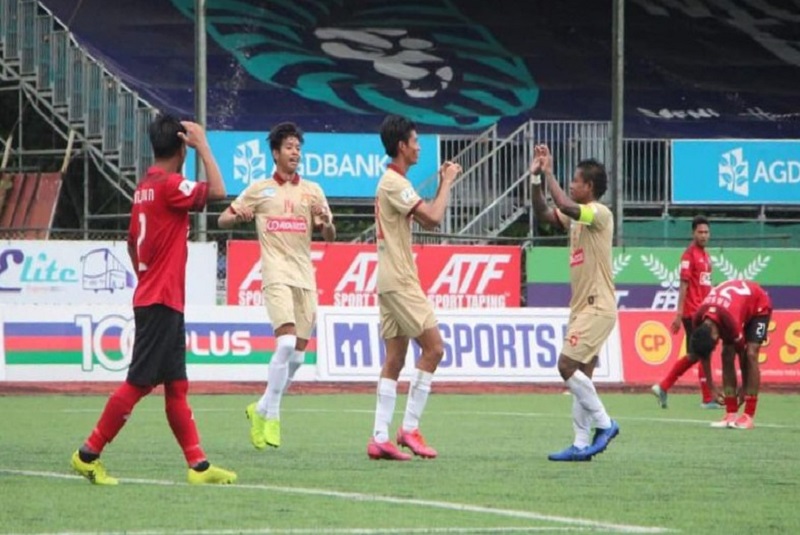 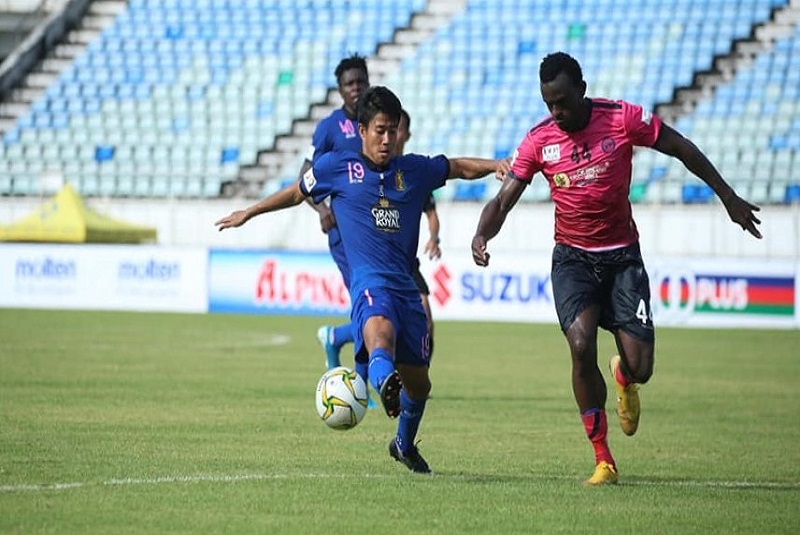 Ayeyawady United have taken the lead at the top of the MPT Myanmar National League 2020 as the battle heats up heading into the last five matches of the season.

With Hantharwady having been in control of the league over the last few weeks, Ayeyawady showed that they are serious about winning the title for the first time ever following their thumping 5-0 win over struggling Ispe FC.

The win gave Ayeyawady 33 points from 13 matches played – the same with Hantharwady but with the former having slightly better goal difference.

In the meantime, defending champions Shan United still kept pace of the leaders – four points behind on fourth. 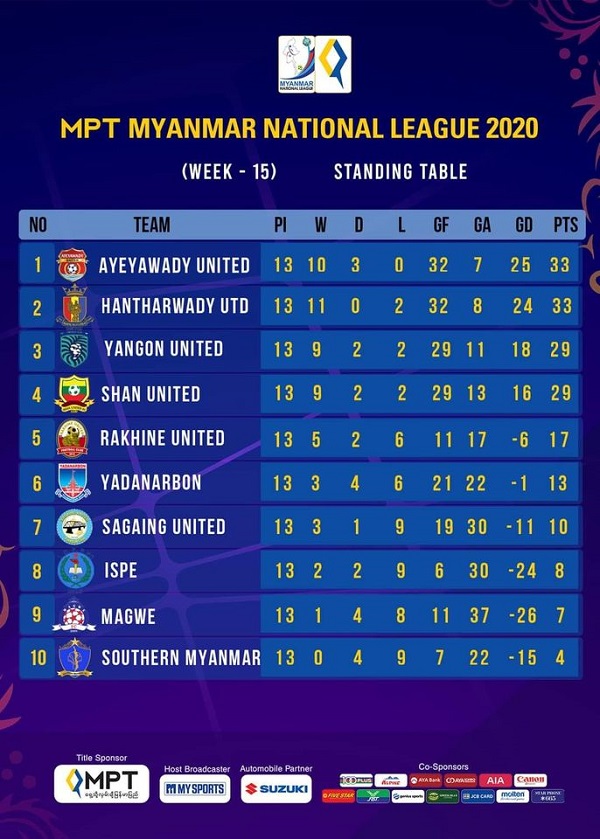