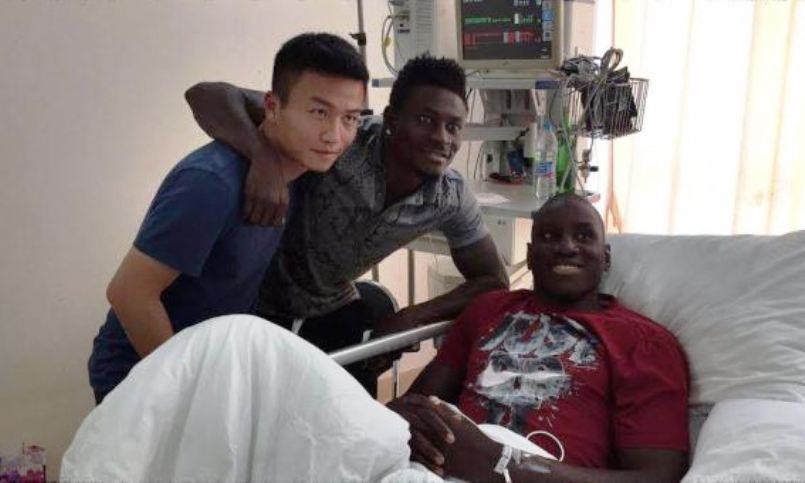 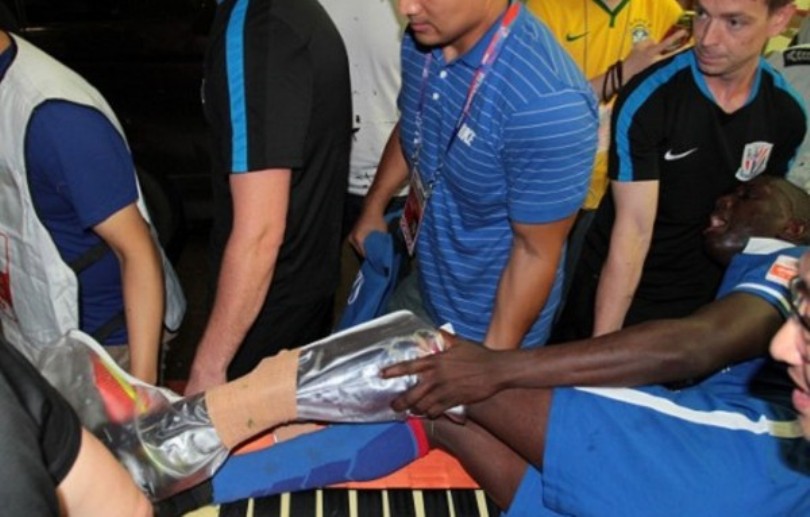 Demba Ba’s surgeon arrived in Shanghai and declared he was confident the former Chelsea striker would return to competitive football.

French orthopaedic surgeon Olivier Bringer touched down in the Chinese megacity late Thursday and immediately went to Putuo District People’s Hospital where the Senegalese striker has been treated since suffering a horror left leg fracture playing for Shenhua in the Shanghai derby against SIPG last Sunday.

“I’m sure he will be able to recover and play football again,” Bringer was quoted Friday as saying by the Shanghai Daily newspaper.

“In a few months, he will have the possibility of making a comeback. He is a tough guy and I’m sure he will be able to get over this.”

Ba is due to go under the scalpel on Saturday morning when Bringer’s team of French doctors will be bolstered by medical staff from Shanghai’s Huashan Hospital.

“We are used to such surgeries,” Bringer said. “My team’s done it many times in France.”

Without Ba, Shenhua lost 2-1 at Shijiazhuang Ever Bright in the Chinese Super League on Thursday night.

Striker Obafemi Martins, who posted pictures on social media visiting Ba in hospital this week, put Shenhua ahead after 18 minutes.

But it was former Shenhua frontman Mao Jianqing who equalised after the break and Korean defender Cho Yong-Hyung popped up with the winner 15 minutes from time. – Agence France-Presse