Sports247
Home News Back to back S-League crown for Albirex 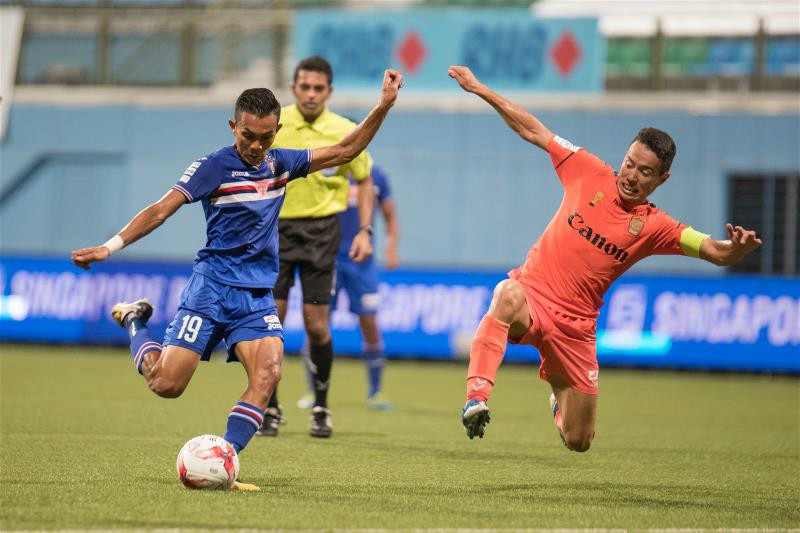 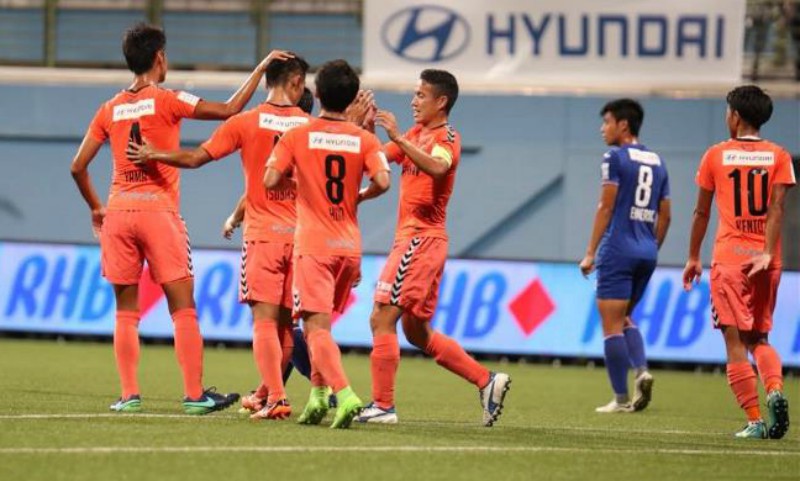 Coupled with a strike from HIroyoshi Kamata, it rendered Shahril Ishak’s penalty conversion immaterial as the White Swans made sure of the championship with one game to spare.

Sano broke the deadlock in the 13th minute when he dusted himself to put away the penalty after he was brought down in the box by Warriors custodian Hyrulnizam Juma’at.

The 23-year-old forward would double the lead for the Japanese outfit when he poked home the loose ball after Ryota Nakai’s shot was parried into his path.

It was 3-0 on 20 minutes with Kamata lifting the ball coolly over an onrushing Hyrulnizam after he was slipped through by Kento Nagasaki’s defence-splitting pass.

The closest Warriors came to scoring was in the 17th minute when Suria Prakash’s low shot was kept out by Albirex goalkeeper Yosuke Nozawa at the near post.

The nine-time league champions would however pull one back four minutes before the break when Shahril made no mistake from six yards after Jordan Webb was fouled by Tomoki Menda in the box.

Chances dried up after the restart as Warriors goalkeeper Hyrulnizam was hardly tested with the next chance of note coming only on 70 minutes.

A low cross from the right by Kamata found Sano, but the latter scuffed his shot from inside the box.

Sano would come close again four minutes later as his effort was pushed around the post before Ho Wai Loon hacked Takuya Akiyama’s header off the line from the ensuing corner.

But Sano was not to be denied in the 77th minute as he tucked home Naofumi Tanaka’s cross at the far post to extend the lead for Albirex.

The scoring was then complete with three minutes remaining when Sano blasted his spot kick into the top corner after Andrei-Cosmin Ciolacu had handled in the box for his 23rd league goal this season.

The result put the White Swans on 59 points, which is six more than Tampines Rovers who beat Brunei DPMM 5-0 away in the other match played on the same day, heading into the final match.

For Warriors, it was their eighth defeat of the season as they remain in fifth and will need a favour from Albirex and Home United if they are to stand a chance of a top-four finish.