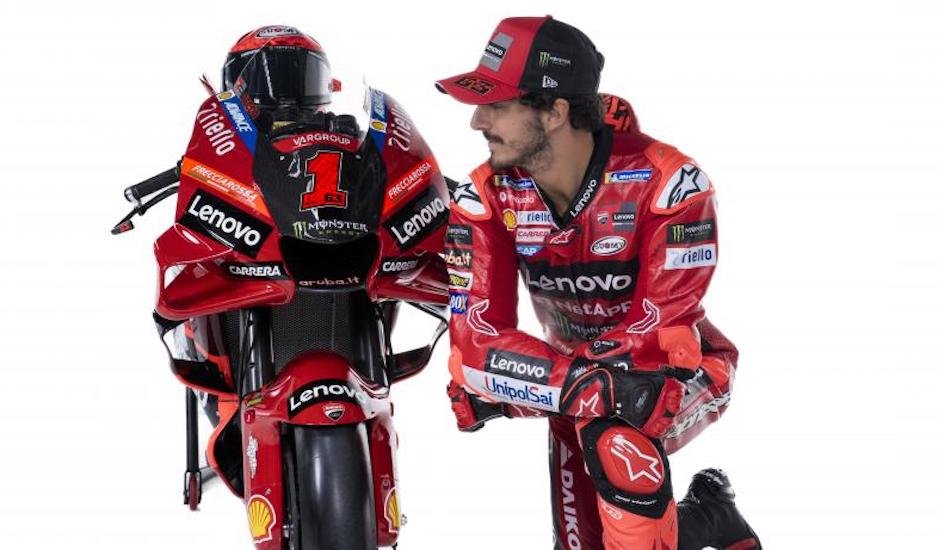 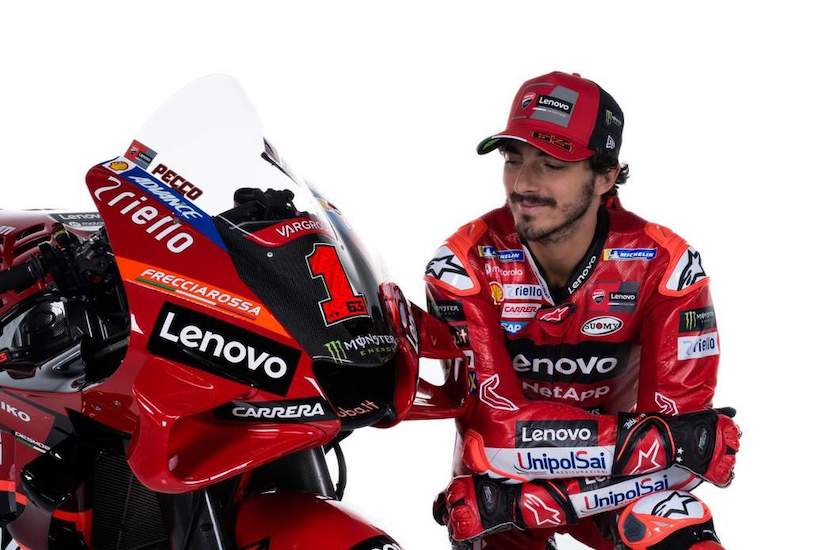 For the first time since Casey Stoner in 2012, the MotoGP™ World Champion will defend his title with the #1 adorned on the front of his bike

For the first time in over a decade, the MotoGP™ World Champion will defend his premier class crown with the #1 plate on the front of his machine after Ducati Lenovo Team’s Francesco Bagnaia confirmed he will switch across from his #63 in 2023.

The 26-year-old will become the first man since Casey Stoner in 2012 to use the famous #1 and only the fourth rider in MotoGP™ history to use it.

After both Joan Mir (Repsol Honda) and Fabio Quartararo (Monster Energy Yamaha) opted to remain with their usual numbers over the past two years, there was much talk as to whether Bagnaia buck the trend and use the historic #1 plate. But an eleven-year wait is now confirmed to come to an end after it was revealed at the Bologna factory’s official launch in Italy on Monday morning.

“I decided to have both there and the 63 is still on my helmet,” said Bagnaia, speaking at the Campioni in Pista event. “But it’s been a long time since we last saw the number 1 in MotoGP. I’ve always admired people racing with the number 1. I’ve always loved it.

“Respecting the fact that you are World Champion is right. Number 1 represents who you are, it represents your identity as World Champion. So it’s important for me to pay tribute to other World Champions. 63 will always be my number, I’ll always have this number on my bike, but hopefully together with the number 1.” – www.motogp.com