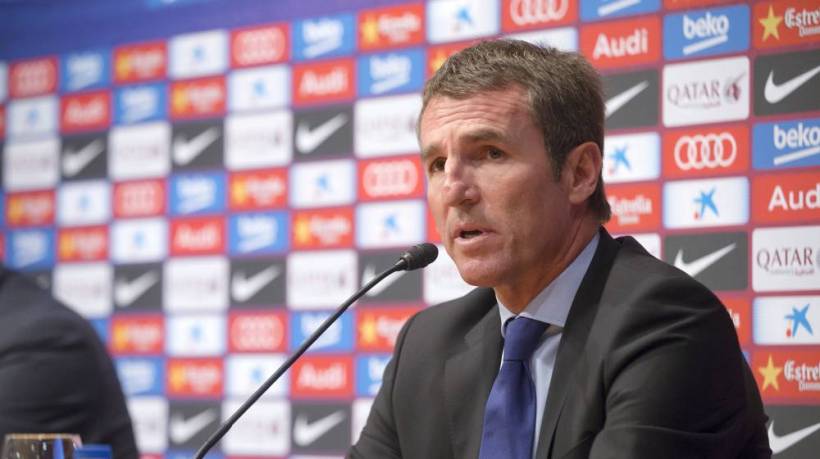 Barcelona sporting director Robert Fernandez insists he is sure Lionel Messi will sign a new deal with the Catalan giants despite continued speculation over the five-time World Player of the Year’s future.

Messi has just 18 months left on his current contract and would have no shortage of lucrative offers should he decide to leave the club where he has spent the entirety of his glittering career.

However, Fernandez believes negotiations over a new deal are progressing “very well.”

“There were many comments and people who want to intoxicate this situation, but we have been working on it for a long time and we are calm,” he told Catalan radio station Rac1.

Simmering tensions between the Barca board and squad boiled over a fortnight ago when the club’s CEO Oscar Grau claimed Barca had to negotiate any new contracts with “common sense” given their spiralling wage budget.

However, star striker Luis Suarez, who recently signed a new deal to 2021, responded angrily to those comments.

“With Messi what you have to do is give him a new contract, not have common sense,” said the Uruguayan.

Messi, who will turn 30 in June, has been in spectacular form this season, scoring 28 times in just 26 appearances.

“Leo has got to the stage where he seems he is better now than he was two, three, four or five years ago. That is the feeling he gives us, that he gets better all the time and plays as he wants,” added Fernandez.

“There is no doubt that Leo is the best player in the world. That is the reality.”

As well as Suarez, Barca have handed new deals to Neymar, Sergio Busquets and Javier Mascherano in the past year.

And Fernandez is hopeful of also pining down captain Andres Iniesta, Ivan Rakitic and Marc-Andre ter Stegen in the coming months.

“I am very calm, but I was very calm in the case of Mascherano, Neymar, Busi (Busquets), and I am very calm with the subject of Andres, Ivan, Marc and Leo because I have a lot of confidence that they are going to remain with us,” he added.

“I am totally convinced that the four players will continue at Barcelona.” – Agence France-Presse