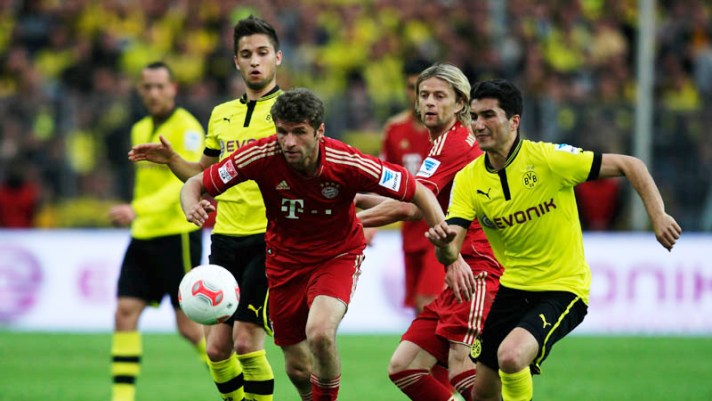 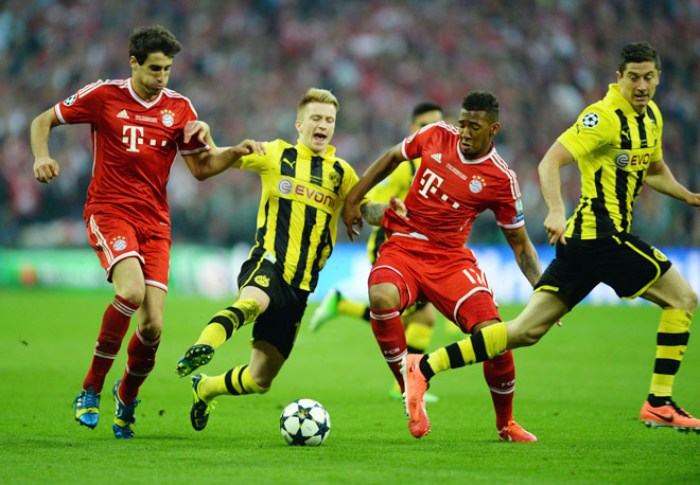 Bayern host relegation-threatened Frankfurt and Rode insists the Bavarians have not given a second’s thought to playing Benfica at home four days later in the Champions League quarter-final, first leg.

Bayern are five points ahead of Borussia Dortmund with seven games left, but second-from-bottom Frankfurt are desperate for points.

“We have Dortmund breathing down our necks and there has not been one second to think about Benfica,” said Rode, who joined Bayern from Frankfurt in 2014.

“First of all we have to take care of things against Eintracht Frankfurt.”

Rode may well face his former club as Guardiola looks to rest some of his midfield stars ahead of their European match.

Bayern were held to a goalless draw at Frankfurt in October and a similar result could be enough to take Niko Kovac’s side out of the bottom three.

Bayern have not conceded against Frankfurt in their last seven meetings.

No Bundesliga team have ever gone eight straight games without conceding to the same opponents.

It remains to be seen whether Bayern goalkeeper Manuel Neuer is fit after he missed Germany’s 4-1 thumping of Italy on Tuesday with an upset stomach.

Second-placed Dortmund on Sunday host Werder Bremen, who have picked up eight points from their last five games to move out of the relegation zone.

Thomas Tuchel’s Dortmund are unbeaten in their 15 competitive games in 2016, winning 13 and drawing two.

Gabonese striker Pierre-Emerick Aubameyang has not scored in his last three league outings, but did score three goals over the two legs of the Europa League last-16 clash with Tottenham Hotspur.

He is looking to add to his tally of 22 Bundesliga goals this season as he battles with Bayern’s Robert Lewandowski, who has netted 25 times, to be the league’s top scorer.

Wolfsburg, who host Real Madrid in the Champions League quarter-final, first leg on Wednesday, face a tricky tie at Bayer Leverkusen on Friday.

Leverkusen have won their last two games, while Wolfsburg have lost to strugglers Hoffenheim and needed a late goal to draw with Darmstadt, since beating Gent in the last 16 of the Champions League to set up their high-profile clash with Real.

A win for either club would help their European ambitions for next season.

Both clubs are chasing a Champions League place for next season, with Leverkusen two points behind fourth-placed Schalke, and last season’s runners-up Wolfsburg four points further adrift in eighth.

Leverkusen’s Chile international Charles Aranguiz could make his debut having missed all of the season so far after tearing his Achilles tendon last August, shortly after signing from Brazilian club Internacional.

Third-placed Hertha Berlin, who are on the verge of a first appearance in the Champions League since 1999/2000, face a tough trip to Borussia Moenchengladbach on Sunday.

Hertha are four points clear of the chasing pack having won four of their last five games, with strikers Salomon Kalou and Vedad Ibisevic having claimed 21 league goals between them this term.

Gladbach’s form of late has been erratic with two wins and two defeats.

They are six points behind the Berliners and their hopes of a second straight appearance in the Champions League may well be decided by this fixture.

Fixtures (all times 1330 GMT unless stated)