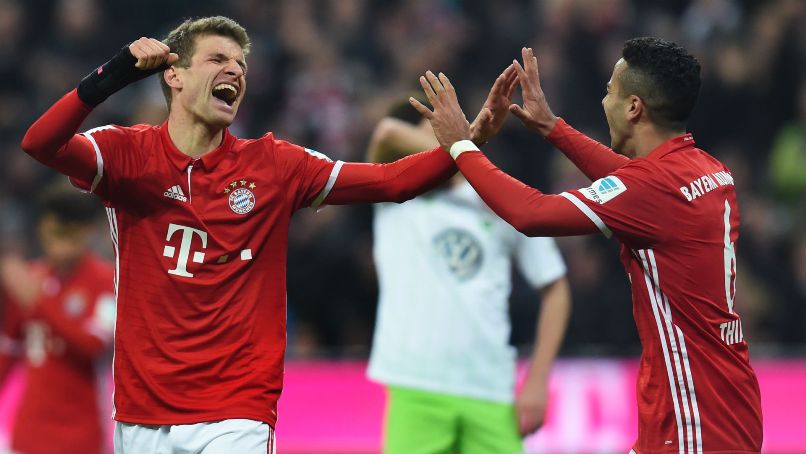 Robert Lewandowski netted twice as Bayern Munich returned to the top of the Bundesliga on Saturday with a 5-0 win over Wolfsburg after RB Leipzig lost their unbeaten record.

Leipzig’s shock 1-0 defeat at bottom side Ingolstadt, who finished with ten men, ended their three-week stint as leaders after Carlo Ancelotti’s Bayern cut the three-point gap and regained top spot on goal difference with both teams on 33 points.

Second-placed RB had their 13-match unbeaten run ended, a record for a club at the start of their first Bundesliga season, as coach Ralph Hasenhuettl was stunned on his return to Ingolstadt, who he left after last season.