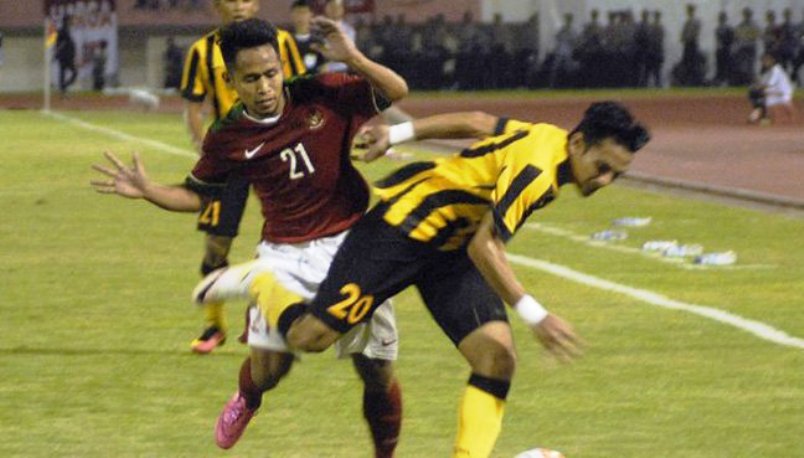 It was a bad result for Malaysia as Indonesia returned from a year-long FIFA with a 3-0 win at the Manahan Stadium in Solo on Tuesday night.

The Malaysians simply failed to gel – with the blundering Malaysian defenders helping Indonesia to the easy win – a win that does not augur well for the Malaysian team as they prepare for the AFF Suzuki Cup later this year.

National football coach Datuk Ong Kim Swee will need more than just footballing luck to steady his boat that is still rocking with the sudden retirement of four players – all pillars in the national team.

The four – all JDT players – who surprised the football fraternity in the country with their sudden decision to quit the national team are Safiq Rahim, Aidil Zafuan Abdul Radzak, S. Kunanlan and Amirulhadi Zainal.

It was Fadhli Shas, who plays for JDT in the Malaysian Super League, who gifted Indonesia the first goal when his weak clearance was picked up by Indonesia skipper Boaz Solossa.

Boaz made the best out of the golden opportunity that came his way and easily beat Khairul for Indonesia’s first goal to give his team the much needed morale boost. Indonesia are coached by Austrian Alfred Riedl who is no new comer to Indonesian football.

Hardly had the Malaysians recovered from the early setback the homesters were 2-0 up in the 11th minute through their Japan-based Irfan Bachdom hitting target – via another “gift” from the Malaysians.

This time Brendan Gan, who plays for Kelantan in the Malaysian league, was the culprit when his weak clearance was picked up by Boaz. The lanky Boaz relayed the ball for Irfan to put the finishing touches.

Indonesia had sealed the match by the 21st minute when Boaz completed his brace when he got the final touch to the ball as it criss-crossed inside the box with the Malaysian backline caught in sixes and sevens.

The defeat is a clear message to national football supremo Kim Swee that he needs to come up a magic wand to find a solution to fill in the vacuum left with the retirement of four senior players.

Despite the negative result in Solo there are still some plus factors for Kim Swee who will have to workout the shortcomings in the three months before the Suzuki Cup is held from Nov 19 – Dec 17.