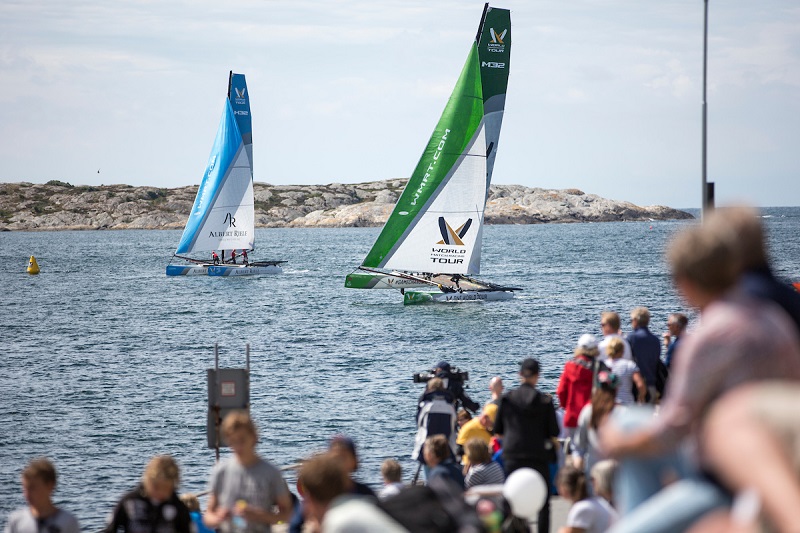 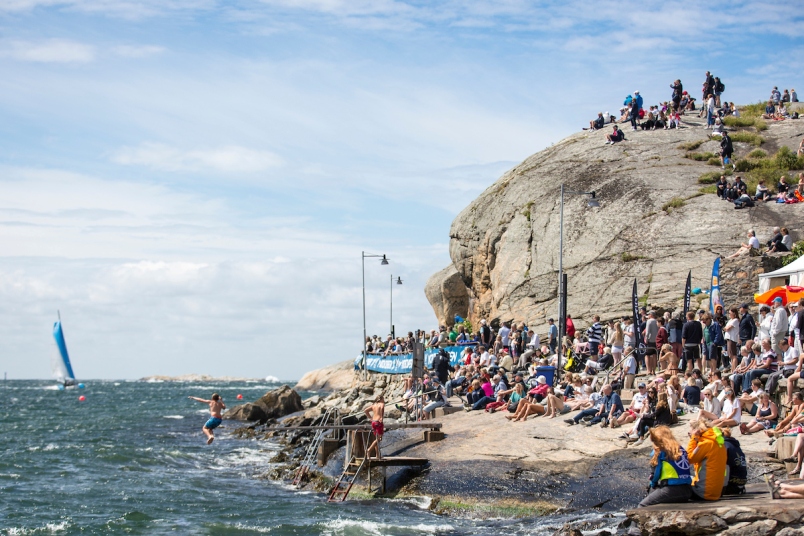 Robert Magnusson is the recently appointed CEO of Aston Harald Sports, the company that owns the rights not only to the World Match Racing Tour but also M32 World and the M32 Series.

Tell us a bit about the first few months in your new role.
”Well, it’s been a lot to do for sure and for someone who has their background from outside of the sailing business it’s a lot to take in and process in a short time frame. I started with a boom with the WMRT and the World Championships finals in Marstrand.
I can’t imagine getting a better start to your job than that!”

You say you are not from the sailing or event industry. What is your background?
”Previously I have held roles as MD in the shipping and propulsion industry and I am also CEO for an airline with in the Aston Harald Group. Even though I’ve always worked with boats my exposure to the sailing and events community is limited but the team we have at Aston Harald Sports really makes up for my lack of experience. What I can bring to the table is probably a better understanding of the process of continuous production and sales, something that both the World Match Racing Tour and M32 World events are heading in to very quickly.”

The World Match Racing Tour has just completed its first season under Aston Harald Sports ownership. What are the biggest findings after the season?
“Firstly that the million dollar prize purse and the introduction of the M32 catamaran have really got many people’s attention. We have spent so much time and effort in getting the Tour on to its feet with the M32 as the new primary boat. It’s almost hard to understand what we have achieved in such a small time period. Just going from where the Tour previously used local fleets supplied by the event promoter to becoming a Tour that can deliver a full event package with boats, safety team and race management has been a logistical feat. The TV production and the output that we’ve reached is something we’re really proud of. The scale of work and the results that the team together with the local organizers and subcontractors have achieved is really amazing. People should bear in mind that the acquisition of the WMRT was completed only 12 months before the finals in Marstrand this year. However, the journey has just begun and there is much that we can improve, both in terms of scale and in the sense of marginal gains everywhere.”

Can you expand a little on what improvements you think can be made?
“We need to become more efficient and move the planning process to a much earlier phase. We have a program in place internally at Aston Harald Sports where we aim to have an 18-month process for each event. This will improve sales, planning and information at every level; for us, teams, events, organizers, fans, sponsors, everyone! This will be crucial in order to reach our objectives and our vision.”

There has been a great deal of change and over an impressively short period. What is the vision of the Aston Harald Sports and the World Match Racing Tour?
“The aim with Aston Harald Sports is to create a sustainable sports management company where all our partners benefit from working with us. But we also have a vision for the sport to create a pathway for sailors and a platform for teams to enjoy and develop their skills. Our aim with the WMRT over the next five years is to establish 10-12 WC (World championship ed.re.) events, three to four in Europe, three to four in North America and three to four in Australasia and an outstanding final event. For each WC level event we will have two to three WT (World Tour level ed.re.) events where the top two qualify in to the championship level event. This would mean over forty events on the World Match Racing Tour in five years. And it would be great if all of these were able to offer prize money to the sailors. To make this happen one of the key ingredients is to find great locations for sailing with venues that can attract the audience and subsequently the sponsors.”

That would be a lot of WMRT events. How do they link together with the M32 World and the M32 Series?
“The M32 Series’ are separate to the World Match Racing Tour. The racing is purely fleet racing. The M32 Class will have its own World Championship driven by the class association and in five years we want see 5-7 series in Europe, 4-5 series in North America and 5-6 in Australasia as well as 4-5 winter hubs to give warm weather sailing over the Northern Hemisphere cold season. In total Aston Harald Sports will have quite a portfolio of events to oversee.”

Hence the decision to go to a more process driven organization?
“Exactly. This will also be the case in the Cape Crow Academy where we run the match race licensing and owners’ training camps.  We need to expand with more Academy centers in order to provide with a solid god base for training which would include, development of race managementofficials, sailors and safety personnel.”

Where will those training centers pop up?
“Well we have one center in Hönö, Sweden at the Cape Crow Yacht Club already and they’re looking to open up one new center in the US and one in Australia where we have based the WMRT M32 fleets. This will probably take another year or so but we’re also talking to several new parties and clubs from around the rest of the world that are interesting. They want to take on the M32 into their programs and start their own training centers. We will need both in order to succeed and create a pathway for sailors.”

But what is the M32 World and how does that fit into the puzzle?
“It’s the umbrella under which all the M32 racing and sailing can fit. It doesn’t matter who organizes it or where it happens. The home for anyone that likes and enjoys the M32 is the M32 World.”

It looks like you have a lot on your plate. What’s the priority right now for Aston Harald Sports and the World Match Racing Tour?
“We’re working on parallel programs to finalize the details for this season but also to secure the season after that at the same time. We’re focusing the sales force to bring on more partners and sponsors in order to generate a sustainable business for all parties. To achieve this, we’ve also restructured the company slightly and formed an event operations team headed by Sam Murch. The aim is to create a company where everyone can hit their peak performance in their part of the process.”

So where do Aston Harald Sports stand on the 2016-17 WMRT season?
“The season will be announced very shortly but we’re looking to start in November in Asia, go to Malaysia in January, back to Fremantle in March, jump over to North America in April, Copenhagen in May and Newport in June. We are planning to have the finals in Marstrand once again. WMRT will have seven WC events and eighteen WT events in total. The format of the events will be tweaked but in all essence follow what we introduced in Fremantle this year.”

What about the million dollar prize that was introduced this year?
“It was introduced to stay so yes the WMRT will have the million dollar prize in Marstrand. The aim is to keep the prize purse for each event at a minimum of USD200,000 as well. The more invested the venues are and the more sponsors we can bring in to the fun the better result for the prize purse. This will create a total prize purse on the tour of over USD2,500,000 next season, money that goes directly to the sailors.”

Who will get the Tour Cards for this season?
“Seven of the ten tour cards have been decided, some based on results from last season and some on the World Match Race Rankings. Applications for the remaining three Tour Cards are still open.”

When will they be announced and when will the season be announced?
“We’re working around the clock and the only thing I can say is that we’re not holding back. We will announce the season soon, very soon and the Tour Cards will be announced after that. We have already started the season with the first WT event in Sopot, Poland and we’re continuing with two events in Hönö, Sweden in September.”

You really have your work cut out for you, but exciting times?
“Yes, everyone here at Aston Harald Sports has plenty to do but we’re convinced that we’re heading in the right direction with the World Match Racing Tour and M32 World!”