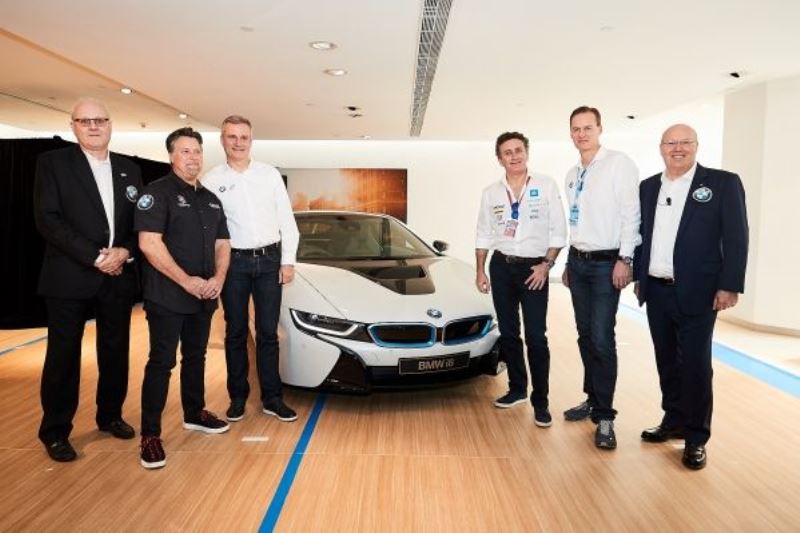 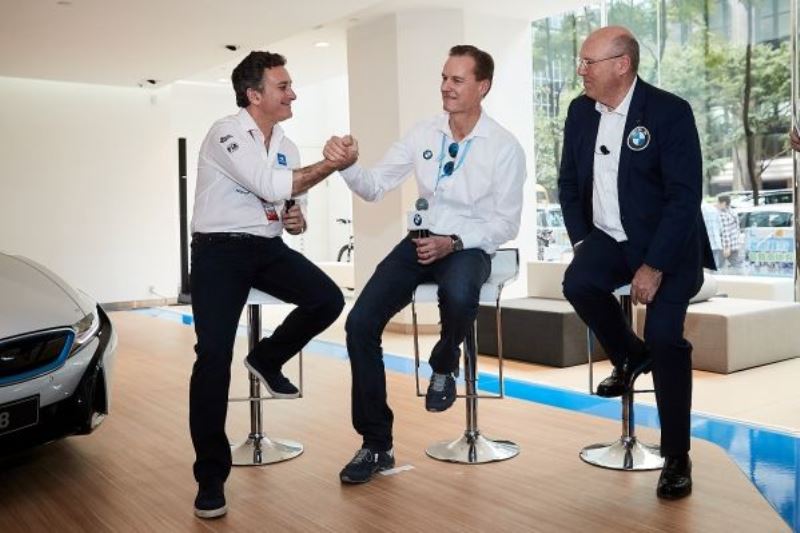 Before the FIA Formula E Championship enters its fourth season on Saturday with the first race in Hong Kong (CHN), the series and BMW i announced plans for the future: In 2017/18 and beyond, BMW i will be involved in the first championship for all-electric racing cars as “Official Vehicle Partner”. This partnership has been in existence since Formula E made its debut in 2014, and is thereby entering its fourth year.

At the official season opening in the BMW Wan Chai showroom in Hong Kong, Jörg Reimann, Vice President BMW Brand Experience, and Alejandro Agag, founder and CEO of Formula E, officially announced the extension of the collaboration. “It was almost a logical step for us to get involved in Formula E with BMW i in 2014 – and it is just as logical to continue the partnership in the coming years,” said Reimann.

“Formula E is breaking new ground in motorsport in many ways, just as BMW i does in terms of the mobility of the future, which is why the combination works really well. We are particularly looking forward to seeing the BMW i3s on the track this season. It is the sportiest BMW i3 there has ever been. This model clearly demonstrates how BMW i combines driving pleasure with premium character that is consistently geared towards sustainability.”

Agag stressed the importance of BMW i for Formula E and said: “It’s fantastic news that BMW i is extending its commitment as Official Vehicle Partner. Even when Formula E was just an idea and didn’t then exist, we had BMW on board as a partner that believed in this project from the very beginning. It’s a legendary brand in the world of sports and in the car industry and soon we will also have them in the pit lane trying to win. That is brilliant. So I can just say: Welcome to the pit lane, and welcome again as a strong partner of Formula E.”