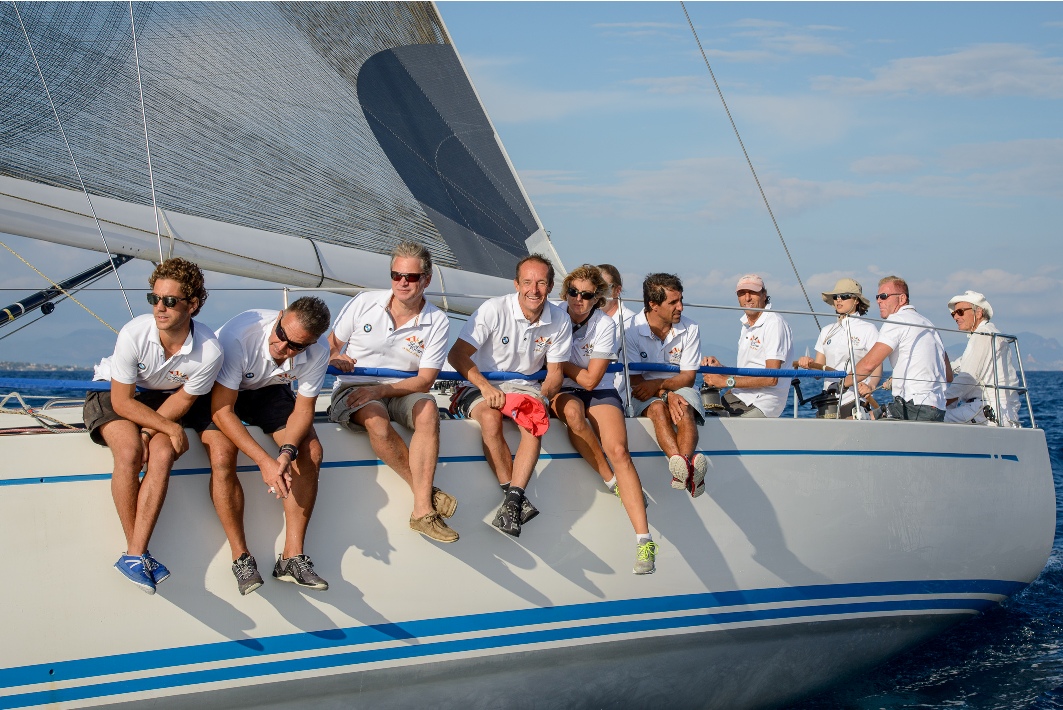 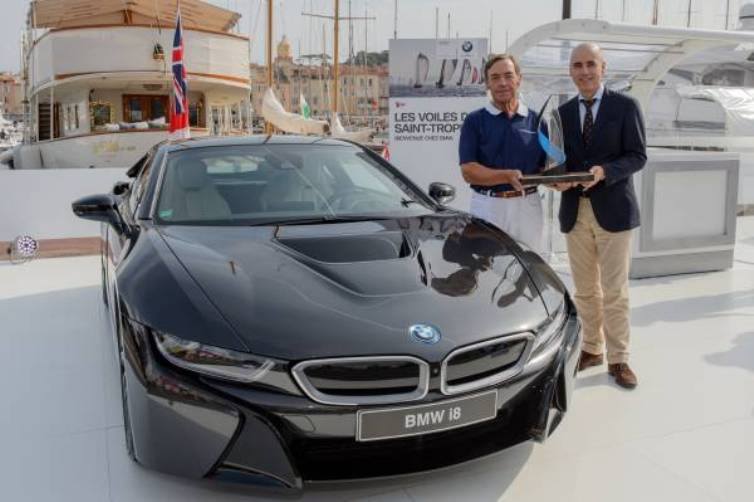 At the “Les Voiles de Saint-Tropez”, the iconic gathering of classic and modern yachts on the Côte d’Azur, Official Partner BMW demonstrated stunning aesthetics, innovation and sustainability on land with its exclusive range of models. BMW’s plug-in hybrid sports car, the BMW i8, was particularly eye-catching in Saint-Tropez.

The sports car of the future positively oozes allure, a fact that was not wasted on the fastest man to sail around the world, Loïck Peyron (France), 2012 Olympic champion in the Laser class, Xu Lijia (China), and Leonardo Ferragamo, owner of Italian fashion empire Ferragamo and the high-end Nautor’s Swan shipyard.

As it did last year, BMW presented a special prize at the 15th staging of the regatta: the “BMW Trophy” for the fastest yacht in the Wally class. Sir Lindsay Owen-Jones successfully defended the title he won last year. The owner and helmsman of the “Magic Carpet 3” set the fastest time and received the trophy from Dr. Nicolas Peter, BMW Group Head of European Sales Region.

BMW Yachtsport Ambassadors Peyron and Lijia are among the best sailors in the world, and were naturally drawn towards the water. They took part in the prestigious “Les Voiles de Saint-Tropez” at the helm of the BMW Sail Racing Yacht, a Swan 45.

You can find a video of Xu Lijia and Loïck Peyron at the “Les Voiles de Saint-Tropez” at the BMW Yachtsport website: http://bit.ly/1s0RIa5