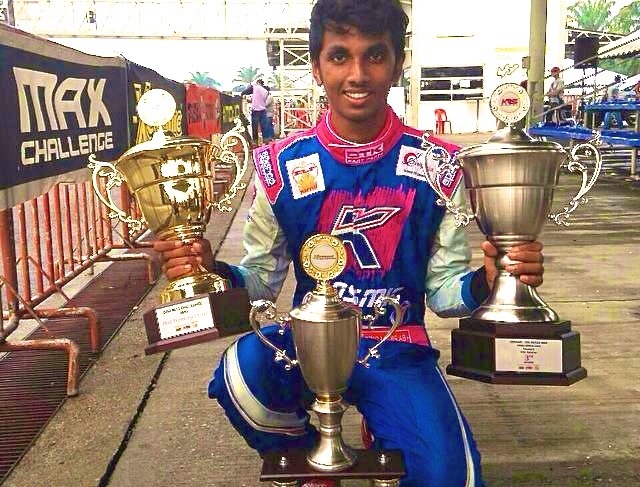 Eric made his debut in the Senior Category this year and it has been fabulous. The seventeen-year-old Malaysian knew that there were some tough challenges ahead. At the end of 2013, Eric joined a new team called 7racing owned by Rodney Magness.

Eric, Rodney and Nick (Eric’s mechanic) worked very hard to be able to get just the perfect setup for every race weekend. Eric was also going under intense workout routine such as weight training, cycling/mountain biking, running and other activities. He continued the intense training throughout the season.

In the overall 2014 Rotax Senior Max Championship, Eric finished 3rd for Malaysia and 5th for Asia. Reminding this is only his first year in the Senior Max. Eric also took home an award, Asia’s most promising driver. Overall this was a great first season in the senior max for the seventeen year old.

“I would like to thank my amazing parents and Rodney, Nick and all 7racing team members for the continuous support. I will work even harder and win the senior max championship next year. But first the hard work and dedication begins now in the preseason,” said Eric.

Eric will be competing in his second year in the Rotax Max Senior Championship next year and he is looking to win it all.