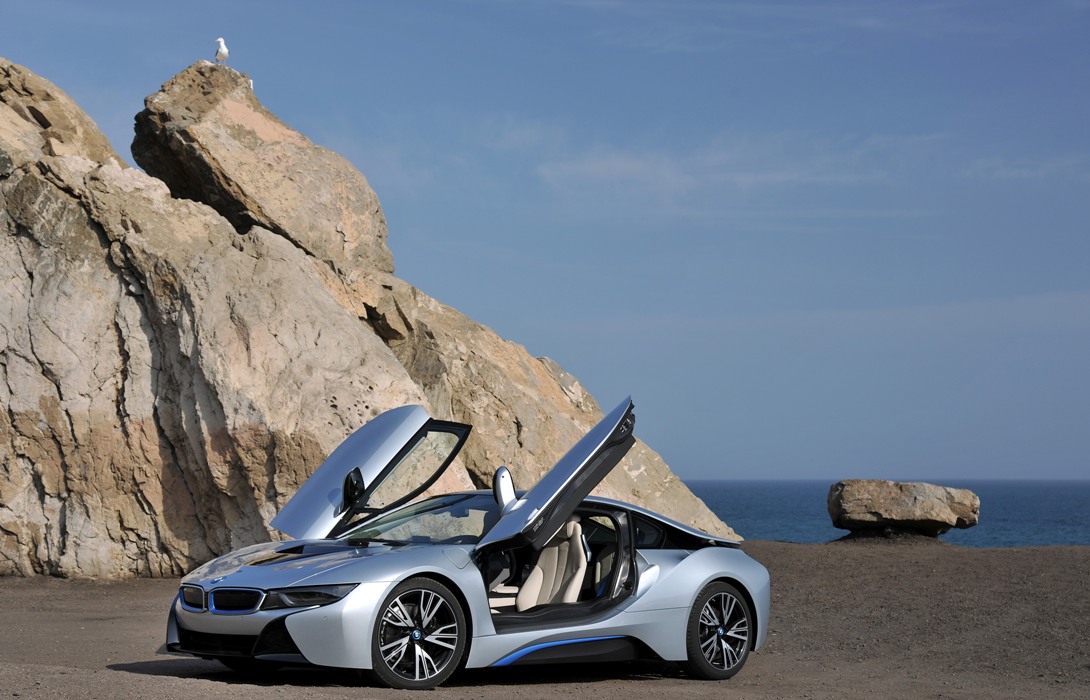 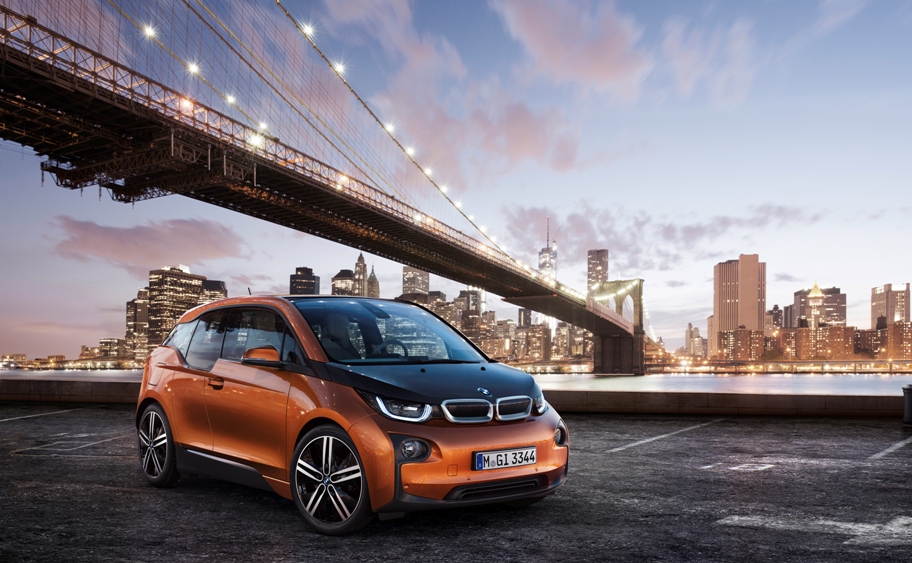 BMW has concluded the year 2014, in every respect a successful one, with more than 50 national and international awards. The prize winners were chosen by juries comprising readers of trade magazines or by specialized journalists who selected the winners in various different topic areas and categories. The spectrum of distinctions ranges from awards for design, sustainability, sportiness and innovation to intelligent vehicle networking.

International success.
The most important international prizes include the renowned “International Engine of the Year Award”, with the winner being determined by a specialized jury consisting of 82 car journalists from 34 countries. The 3-litre straight six-cylinder petrol engine with BMW TwinPower Turbo technology was declared winner of the coveted prize in its respective category for the fourth time now. The same jury twice awarded the BMW i3 the title “World Green Car of the Year”, also acknowledging its trendsetting design with the title “World Car Design of the Year”. The amalgamation of the “Chicago Athenaeum, Museum for Architecture and Design” and the “European Centre for Architecture, Art Design and Urban Studies” also honoured the BMW 3 Series GT and the BMW Pininfarina Gran Lusso Concept with the “Good Design Award”.

The technological leadership of BMW ConnectedDrive in the area of assistance systems was verified by top rankings, both nationally and internationally. BMW received the “Euro NCAP Advanced Award” for the Pedestrian Warning feature with City Braking function, a driver assistant system that reduces the danger of collision with pedestrians in urban traffic. Moreover, the new BMW Laserlight technology was presented with the “Editorial Award for Technology 2014”, bestowed by the AutoScout24 magazine within the framework of the Internet Auto Award, Europe’s biggest public Internet award for the automotive trade.

Last but not least, the BMW i8 was voted “Top Gear Magazine’s Car of the Year” by the British cult journal “Top Gear”. In its appraisal, the magazine states that “the BMW i8 is a milestone in the annals of automotive history and a glorious statement for an exciting and positive future”. In Germany, readers of the trade magazine “auto, motor und sport” were among those who voted the BMW i3, the BMW 4 Series Coupe and the BMW 5 Series “Best Cars”.

BMW design at the highest level.
This year witnessed the awarding of the “Red Dot” to several BMW models. The “Red Dot Design Award” is bestowed by an international jury of experts within the framework of a design competition held by the North Rhine-Westphalia Design Centre for products with outstanding design quality. The prize went to the BMW 2 Series Coupe, the BMW 3 Series GT, the BMW 4 Series Coupe and Convertible as well as the BMW i3 in the category “Best of Best”. The BMW i8 also received a “Red Dot Award”. Moreover, the car was also honoured by the Industrie Forum Design e.V with the “iF product design award 2014” in recognition of its innovative styling.

Major awards for sustainability, efficiency and quality.
BMW’s success in the “Green Mobility Trophy” competition held by the “Auto Zeitung” most impressively underscores the brand’s strong commitment to environmental and sustainability issues. In 2014, BMW won six out of a total of seven awards. Almost 14,000 readers of the trade magazine cast their vote in favour of sustainable and efficient automobiles and technologies. The BMW i3, the first purely electric premium vehicle, seized two first places as the best electric car made from lightweight materials. The BMW i8 was voted “Best Hybrid Car”. Furthermore, the BMW 320d EfficientDynamics Edition was honoured as “Best Economy Diesel” and the BMW 2-litre, 4-cylinder power unit as “Best Downsizing Engine”. The BMW brand’s unique sustainability clinched victory in the “Green Mobility Trophy” in the category “Environmentally Friendliest Brand”. In addition, BMW was awarded the “GTÜ Quality Trophy 2014” for the outstanding technical quality of its vehicles and for good service. The prize was bestowed by the GTÜ (Gesellschaft für Technische Überwachung) based on data obtained from around five million roadworthiness tests (MOT tests).

The BMW i3, the revolutionary concept, which was newly conceived and designed for electromobility and which features a lightweight, high-strength carbon passenger compartment, has enthused trade journalists throughout the world. For example, in addition to national and international design awards, the car was also bestowed with the “Paul Pietsch Prize” awarded by the trade magazine “auto, motor und sport” for the most innovative technological concept. The second model by BMW i, the unique BMW i8 hybrid sports car, also received accolades, including the “Auto Trophy” awarded by the trade journal “Auto Zeitung”. Readers voted the BMW i8 both “Best New Vehicle” and “Best Electric/Hybrid Car”.

Double victory for the BMW M3 Sedan and the BMW M4 Coupe.
Sporty models from BMW have always been synonymous with outstanding driving pleasure. Straight after their market launch in June 2014, the two high-performance models BMW M3 and BMW M4 (both with a combined fuel consumption of 8.8–8.3 ltr/100 km; combined CO2 emissions: 204–194 g/km)* were immediately sent to first place by readers of trade magazines. Both models received the “sport auto Award 2014” awarded by “sport auto” and the accolade “Sportscars of the Year” given by “Auto Bild Sportscars”. Sports car aficionados had never agreed more. The BMW M3 and the BMW M4 Coupe both boast an impressive power output of 317 kW (431 hp). With a DIN unladen weight of just 1,497 kilograms, the BMW M4 Coupe stands for a combination of performance and highest efficiency, maximum driving dynamics and everyday suitability. The low weight is owed mainly to the use of carbon, which underpins BMW’s global leadership in the processing of this high-strength, light material. 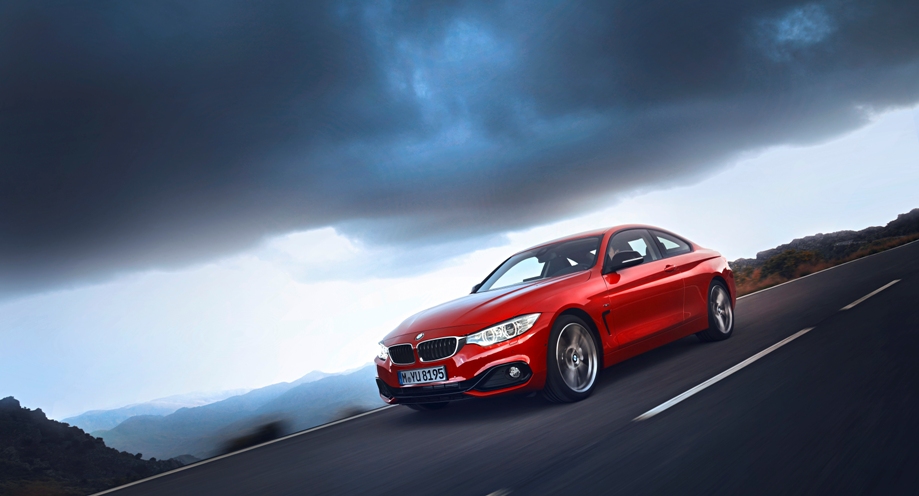 The combination of the reading public’s automotive and computer competence renders prizes particularly indicative. 42,700 readers of the automotive trade magazine “auto, motor und sport” and the computer magazine “CHIP” have made their decision: The “Car Connectivity Award” goes to the BMW driver assistant system Driving Assistant Plus in the category “Assistance Systems” and to the BMW Head-Up Display in the category “Operating Concepts”. “Auto Bild” and “Computer Bild” presented the “Connected Car Award” for multimedia and entertainment solutions from BMW ConnectedDrive and honoured the traffic information system RTTI with the “Pionier Award” for trendsetting innovation.Technological leadership in the field of car connectivity confirmed yet again.

As in the previous year, BMW ConnectedDrive was once again honoured in 2014 with the “Golden Computer” for intelligent vehicle networking by readers of “Computer Bild”, the computer magazine with the highest circulation in Europe, and its sister publications “Computer Bild Spiele” and “Audio Video Foto Bild” as well as computerbild.de. Moreover, BMW ConnectedDrive also managed to assert itself in the readers’ vote held by the trade journal “connect” by winning the “connect Community Award 2014” in the category “Car Connectivity”. The system, it was explained, won the vote due to its role as a trendsetter. This success, which was based on a vote cast by almost 100,000 readers, underlines BMW’s leadership in the field of car connectivity.

Overview of the most important accolades awarded to BMW in 2014:

“Auto Bild Sportscars of the Year”:

Accolades awarded by the iF Industrie Forum Design e.V: