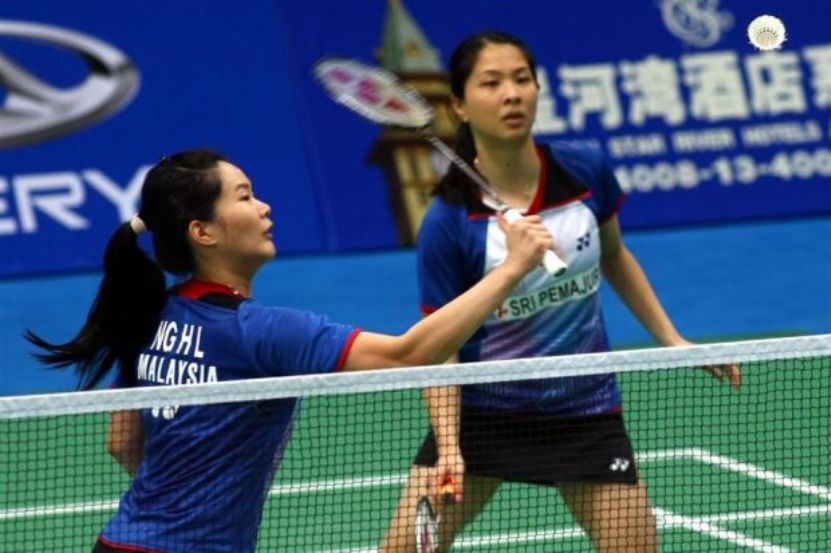 To compete in the Olympics is every sportsman or sportswoman’s dream and Malaysian shuttler Ng Hui Lin (left in pix) is no exception and had set her dreams of donning national colours in the Rio de Janeiro Olympics in 2016.

But all that will remain just an unfulfilled dream after the 25-year-old threw in her quit letter to the national badminton body out of frustration on Sunday – thanks to the Badminton Association of Malaysia’s (BAM) poor planning and unprofessional management staff. The 25-year-old had enough of the “tidak apa” attitude of some of the top management personnel who call themselves professionals only in name.

Their poor planning and with nothing to offer for the future of the game by the management, a frustrated Hui Lin had enough of the so called professionals and would rather forget her Olympic dreams although it was a painful decision. Just like her younger sister Ng Hui Ern who had quit the game earlier, Hui Lin is now eyeing a non-badminton related job for a career.

Hui Lin’s last international assignment was the Axiata Cup team event held in Jakarta and Kuala Lumpur from Nov 27- Dec 7. Malaysia who went in as the defending champions in the USD1 million tournament, could only managed a fourth placing this year.

If Malaysian badminton has taken some fair amount of beating on and off the court in recent months it is now coming out in the open why it has happened and is happening and what more could happen if the top guns in the BAM do not take remedial steps to put their house in order.

Without dwelling on what has happened in recent months with Datuk Lee Chong Wei now temporarily barred from playing in tournaments for alleged violation of drug abuse which subsequently saw him lose his status as the top ranked player in the world, Hui Lin is a good example of the present state of affairs in the BAM under the leadership of Tengku Tan Sri Mahaleel Tengku Ariff.

A leading English daily reported that Hui Lin, who was supposed to be paid RM3,000 per month as salary from July was instead paid only RM1,500 because the BAM failed to make the necessary changes.

Hui Lin was also quoted as saying that the BAM withdrew Malaysian players from tournaments in France and Germany at the last minute because there was “no budget” although BAM had earlier registered the names of the Malaysian players.