Home 2020 Boeung Ket move up to second in MCL 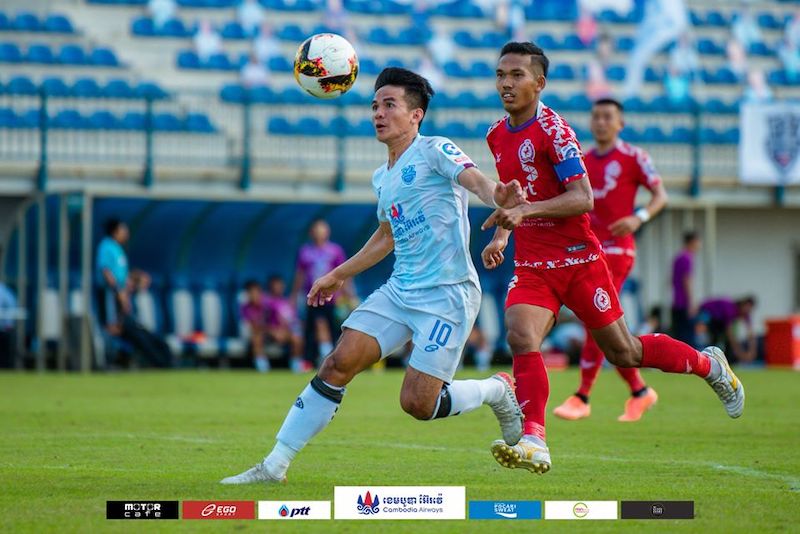 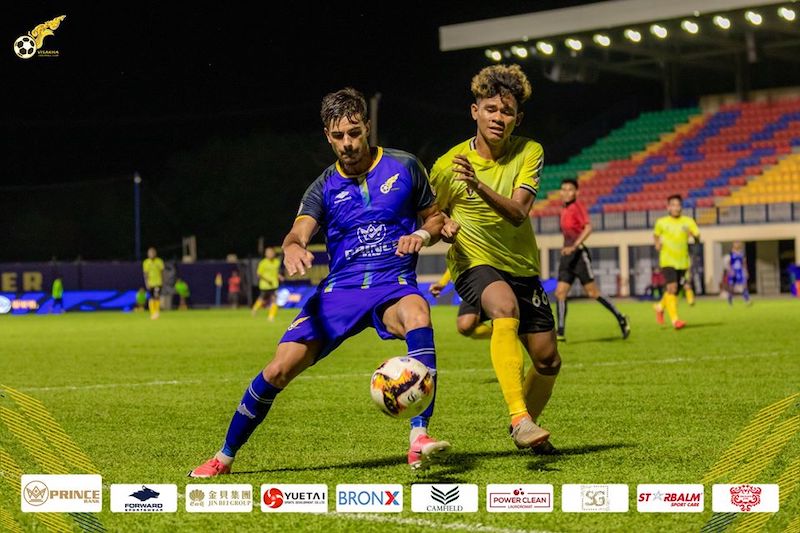 Boeung Ket FC moved up to second in the Metfone Cambodia League 2020 when they smashed former champions Phnom Penh Crown FC 3-1 on the weekend.

And while Thiva Brak managed to put things back on level terms for Phnom Penh with a 42nd minute effort, the second half would be all Boeung Ket as they turned the screw on their more well-known opponents.

Phearon Our grabbed the second goal for Boeung Ket in the 63rd minute as Mat Noron then finished things off with his second of the evening right at the end.

The win saw Boeung Ket moved up to second from third at the standings with 20 points as Phnom Penh slipped down to fourth.

In the meantime, Svay Rieng staged a late onslaught to beat Angkor Tiger 2-0 with both goals coming in late in the second half.

Pedro Augusto got the first goal of the game for Svay Rieng in the 78th minute as Marie Privat then doubled the advantage four minutes later.

National Defense were also on the winning track with a 3-0 beating of Soltilo Angkor and Visakha FC were the biggest winners with a 10-1 demolition of Asia Euro United. 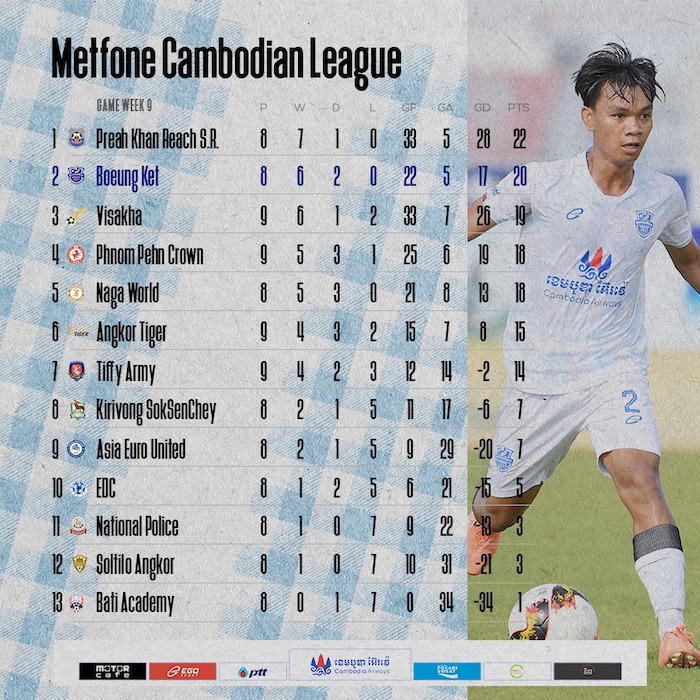