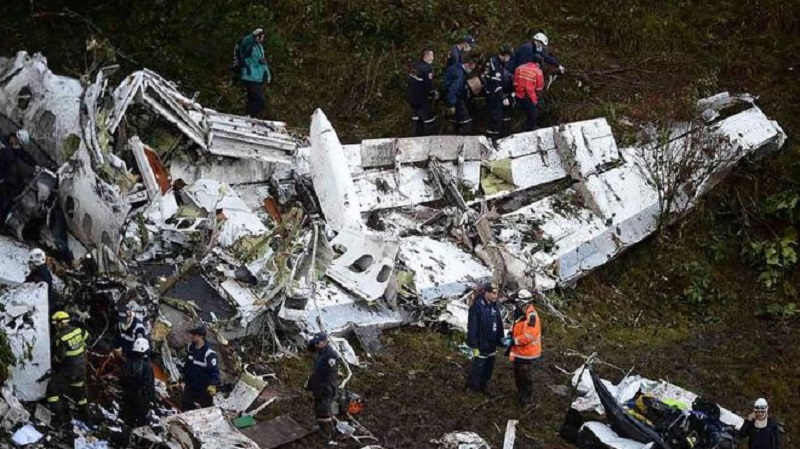 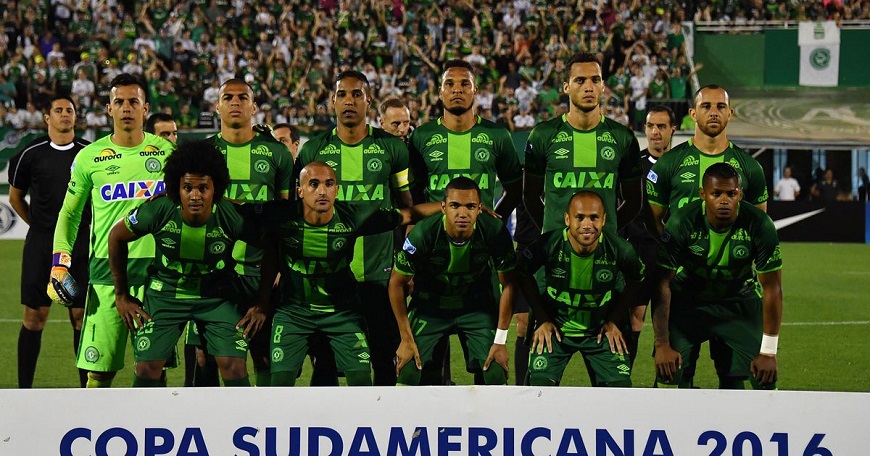 Two army helicopters scattered flower petals over a town square Tuesday as part of sad tributes to the upstart Brazilian football team Chapecoense, most of whose players died in a plane crash exactly a year ago.

La Union, the town closest to the site of the accident on a mountainside near Medellin, Colombia, hosted a commemorative ceremony.

The names of the late players and team staff — members of a modest squad that was about to play in a championship game — were read aloud in the town plaza.

The crash killed 71 of the 76 people aboard the plane operated by the Bolivian carrier LaMia. The team lost most of its players and coaches. Only three players survived.

A probe into the crash determined the plane ran out of fuel and was overloaded.

“Glory was close,” said Andres Botero, president of Atletico Nacional, the Colombian team that Chapecoense was going to play in the final of the Copa Sudamericana tournament last year.

A memorial plaque was unveiled in the town square as part of the remembrance activities, which were also to feature two Masses and flyover of the crash site by a Colombian air force jet.

A separate memorial ceremony was planned for just after midnight in the town of Chapeco itself.

An outpouring of tributes came from towering figures in the world of football.

“Today my heart is in Chapeco,” Brazilian legend Pele wrote on Twitter. “It is a day to remember and pray for those who went to heaven too soon.”

Current Brazilian star Neymar told Spanish TV, “All of us Brazilians carry them in our hearts.”

On the road leading to the hill where the plane crashed — known now as Mount Chapeco — a farmer named Luis Albeiro Valencia has set up a monument erected to those killed in the tragedy.

It is a wooden replica of a plane beside two brick columns. One holds tires from the landing gear of the airliner that went down, the other a deflated football.

He said he was given the items in appreciation for helping with rescue operations that horrible night.

Of the monument, Albeiro Valencia said: “It is to remember. So people will not forget them, because with time everyone will probably forget this hill.”-Agence France-Presse