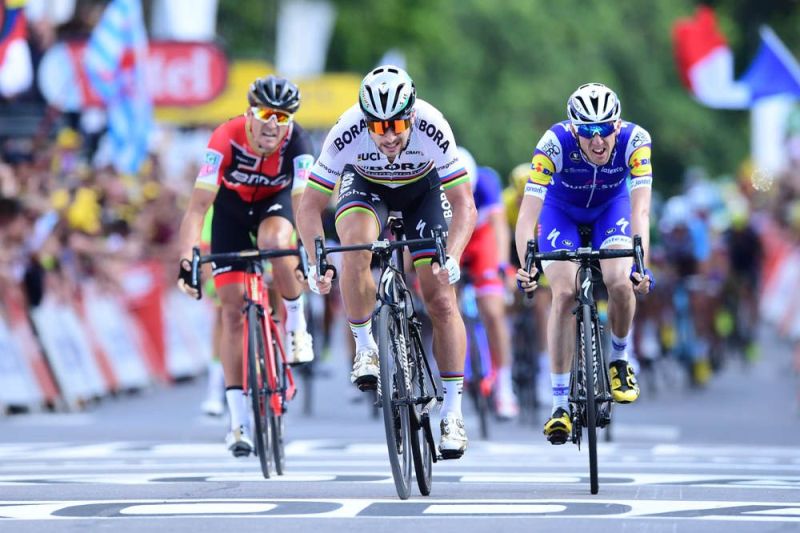 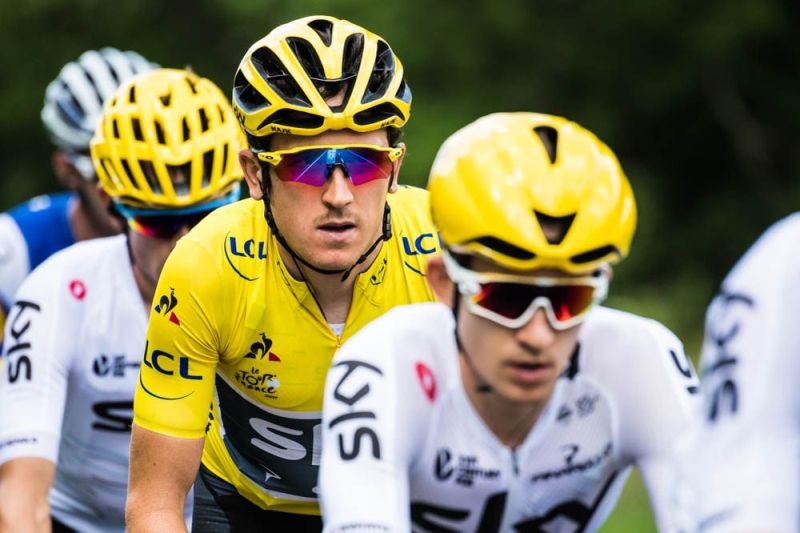 Peter Sagan said having his brother alongside him as he won his eighth Tour de France stage on Monday made it extra special.

The world champion surged clear on the uphill finish to win the 212.5km third stage from Verviers in Belgium to Longwy.

But he credited his brother Juraj, the Slovak national champion, for working hard all day for his Bora team.

“It’s very nice, I’m very happy for him because he can feel also the atmosphere of the Tour de France for the first time,” said Sagan, 27, of his 28-year-old brother.

“I have to say thank you to all my team because they did an amazing job, especially my brother, all day in the front pulling to catch the breakaway.”

Sagan also said it was his brother who had first got him interested in bicycle racing.

“It’s special because he’s my brother, we can race on bikes.

“For sure without my brother, I’m not here now. It was his idea and after I followed.”

One of Sagan’s shoes was unclipped in the sprint finish but he kept his cool, re-clipped and pushed on to win ahead of Australian Michael Matthews, with Dan Martin of Ireland in third.

Briton Geraint Thomas kept the yellow jersey after coming home in eighth, one place ahead of his Sky team leader and reigning champion Chris Froome, two seconds behind the winner.

It meant that Froome moved up to second overall, 12 seconds behind Thomas, with Matthews third on the same time and Sagan just one second further back in fourth.

It briefly looked as if Thomas and Froome might be caught out as Australian contender Richie Porte launched an attack some 800 metres from the finish, with even two-time former winner Alberto Contador unable to hold his wheel.

Porte couldn’t keep it up, though, and actually finished 14th, behind other contenders such as Romain Bardet and Nairo Quintana.

But he admitted afterwards he hadn’t planned to go on the attack on the 1.6km long final climb.

“The guys put me in a fantastic position there in the final,” he said.

“I felt good but there were still 500 metres to go, it was a little bit too far.”

Thomas insisted he and Froome hadn’t been too worried, but said it showed Porte was in good form.

“As we started the climb, myself and Froomey were a little far back, 20 positions.

“It needed a bit of an effort (to get back up). Richie attacked, a strong attack, but we weren’t too stressed about it.

“We knew Sagan and some other guys were likely to cover it.

“Certainly it showed he’s in great form and will always look to use his legs to gain some time.”

With a lap of the renowned Spa-Francorchamps motor racing circuit included along the course and the sun out, there was much to enjoy for riders and fans alike.

A six-man breakaway was allowed around two minutes for most of the day’s racing and spent their time battling for king of the mountain points along the five climbs.

Having seen his compatriot and Cannondale team-mate Taylor Phinney claim the polkadot jersey on Sunday, American Nathan Brown took the necessary points to keep it in the family.

For the most part, the peloton and overall favourites enjoyed a leisurely day in the saddle.

But in the final 60km, three more escapees joined up with the breakaway, whose advantage was down to one minute, and gave it added impetus.

However, the punchers’ teams weren’t prepared to give them any leeway and Frenchman Lilian Calmejane, the last man standing, was caught with 10km to ride.

From then on, it was up to the specialist punchers and Sagan, once again, proved the strongest.

He also closed in on the green points jersey, still held by Sunday’s stage two winner Marcel Kittel of Germany, which Sagan has won in each of the last five years.

Overall standings after the 3th stage of the Tour de France, a 212.5km ride from Verviers to Longwy on Monday: