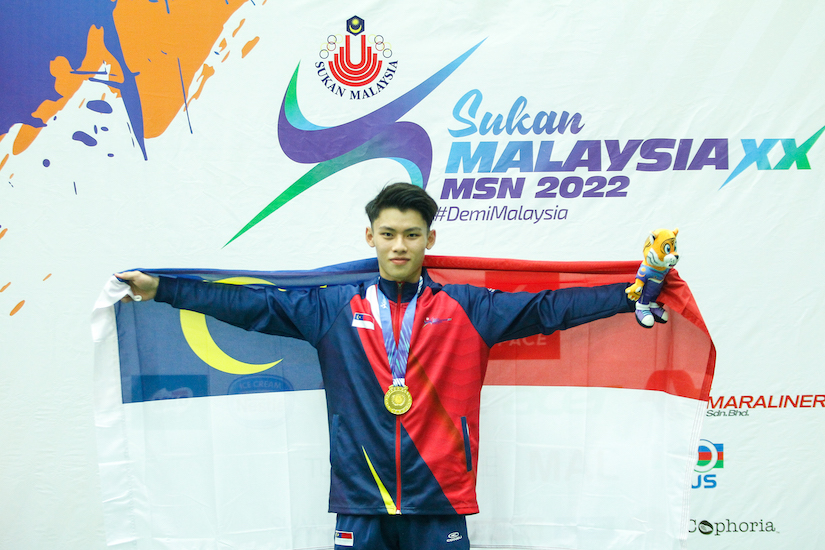 Driving through pain seems to be the main motivator for Brian Ti Kai Jie when he powers to the men’s gold medal in Wushu’s Nanquan this morning in Bukit Jalil.

The Melaka lad was composed in his execution as he raked in 9.59 points – just a tad 0.02 points ahead of second-placed Chan Shi Weng from Johor with 9.57.

“I have been training for a long time and it has been quite some time since we had a competition. So I am feeling very, very happy to win gold. I really cannot describe it,” said Brian.

“I have many injuries with back and knee problems back in June. it was very painful. But I was determined to train as I felt that without training, I would not feel right.

“And I also felt scared that if I don’t train, then I may be left behind by the other exponents.”