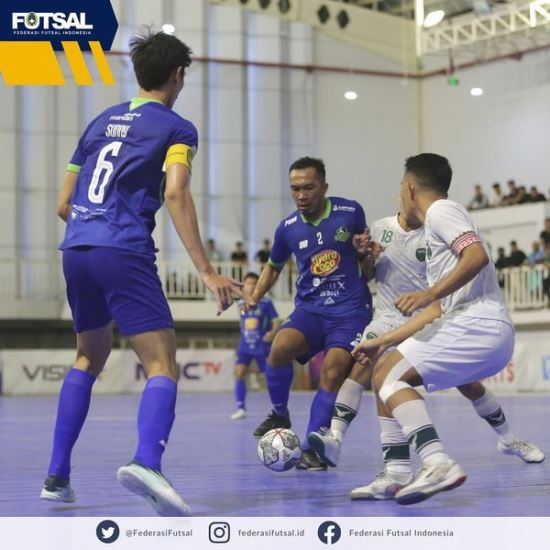 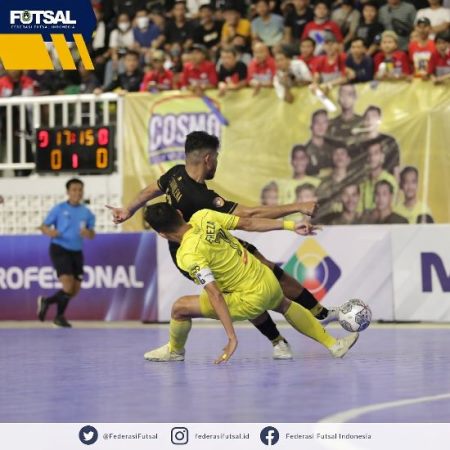 Bintang Timur Surabaya (BTS) could not have won their first-ever Indonesia Pro Futsal League (PFL) title in a more dramatic fashion than having it decided on the final day of competition at the GOR UNJ.

With BTS tied on the same points with the nearest challenger and defending champions Black Steel Manokwari, the side from Surabaya’s 4-1 win over Vamos was enough for them to win the crown on a better goal difference.

In spite of being under pressure, BTS stayed their nerves for Ardiansyah Runtuboy to claim the opening goal.

Thiago Bolinha then doubled the lead for BTS not long afterward as Neguinho then pushed the score to 3-0.

Vamos pulled a goal back off Rouygh Farhan’s penalty to peg the score at 3-1 at the half as BTS then replied with an Andrew Kustiawan’s finish into the second half, to make sure that they take the game 4-1 and the title as this year’s best team.

In the meantime, Black Steel had to be content with the runners-up spot even though they finished their campaign with a 5-3 win over Cosmo JNE.

Diego Rodrigo was on target with two goals to be followed by efforts from Wendy Brian Lindrey and Pieter Ireeuw, and then an own goal from Cosmo’s Rizkqy Hanna.

On the other hand, the goals for Cosmo JNE were scored by Reza Yamani, Firman Adriansyah and Reza Gunawan. 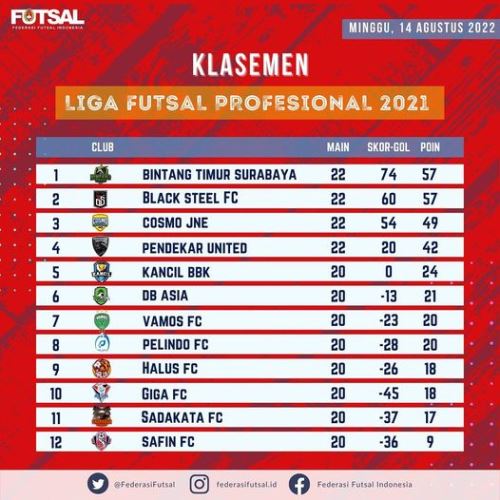