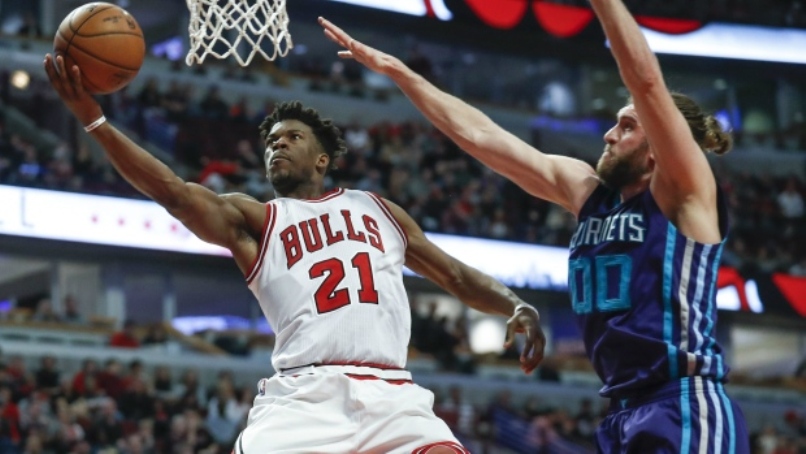 Jimmy Butler scored 52 points and the Chicago Bulls started 2017 off right with a 118-111 NBA victory over the Charlotte Hornets on Monday.

With a clash with the NBA champion Cleveland Cavaliers looming on Wednesday, the Bulls snapped a two-game skid, posting just their fourth victory in their last 12 games.

The turnaround was down to Butler, whose 52 points were one shy of his career high. He added 12 rebounds and six assists, carrying his team with veteran guard Dwyane Wade sidelined by a swollen knee and point guard Rajon Rondo benched by coach Fred Hoiberg.

“I think it’s an understatement to say Jimmy was phenomenal tonight,” Hoiberg said of Butler, who made 15 of 24 attempts from the field and 21 of 22 free throws. “He did it every which way.”

Butler poured in 17 points in the fourth quarter, when the Bulls out-scored the Hornets 36-26.

“I was just playing basketball,” Butler said. “I just had a groove.”

The Golden State Warriors were in the groove in Oakland, where Draymond Green’s triple-double keyed a 127-119 victory over the Denver Nuggets.

Green recorded his second triple-double of the season with 15 points, 13 assists and 10 rebounds. Klay Thompson scored a game-high 25 points, Stephen Curry added 22 and Kevin Durant contributed 21 as the Warriors became the first team to reach 30 wins this season.

The Warriors led 68-64 at halftime and by as many as 14 points in the third quarter before the Nuggets produced one last surge.

In Houston, James Harden posted his third straight triple-double as the Rockets erased a 15-point deficit to beat the Washington Wizards 101-91.

Harden had 27 points, 10 assists and 10 rebounds, and reserve guard Eric Gordon scored a season-high 31 points to help the Rockets to a fifth straight win.

Between them Gordon and Harden out-scored the Wizards 39-38 in the second half.

Houston took the lead for the first time with 2:45 left in the third quarter. The Wizards tied it once in the fourth, but never got back in front. 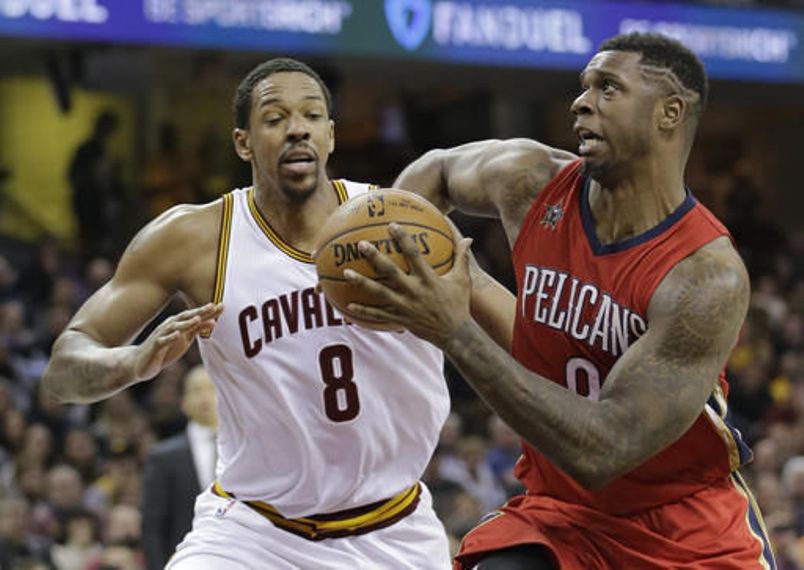 LeBron James — fighting flu symptoms — scored 26 points to pace the reigning champion Cavaliers to a 90-82 victory over the New Orleans Pelicans in Cleveland.

Kevin Love scored 12 points and pulled down 11 rebounds for the Cavs before exiting in the fourth quarter as he continued to feel the effects of food poisoning.

With Kyrie Irving sidelined by a tight hamstring, Cavs coach Tyronn Lue had limited options, but despite shooting just 37.8 percent — one of their worst shooting nights of the season — Cleveland rallied from a 10-point third-quarter deficit and held on for the win.

Rookie Kay Felder scored eight of his 12 points in the fourth quarter. Channing Frye, who has also been nursing the flu, scored 14.

“Can’t have any excuses no matter what’s going on with the team,” James said. “As ugly as it was tonight, just got to find a way to get through it and we did that.”

Giannis Antetokounmpo scored 26 points with 10 rebounds and five assists to lead the Milwaukee Bucks to a 98-94 victory over the Oklahoma City Thunder.

Thunder star Russell Westbrook, whose 16 triple-doubles this season lead the league, scored a game-high 30 points despite connecting on just nine of 28 shots from the floor.

In Los Angeles, the Clippers earned a much-needed win, snapping a six-game losing streak with a 109-98 victory over the Phoenix Suns.