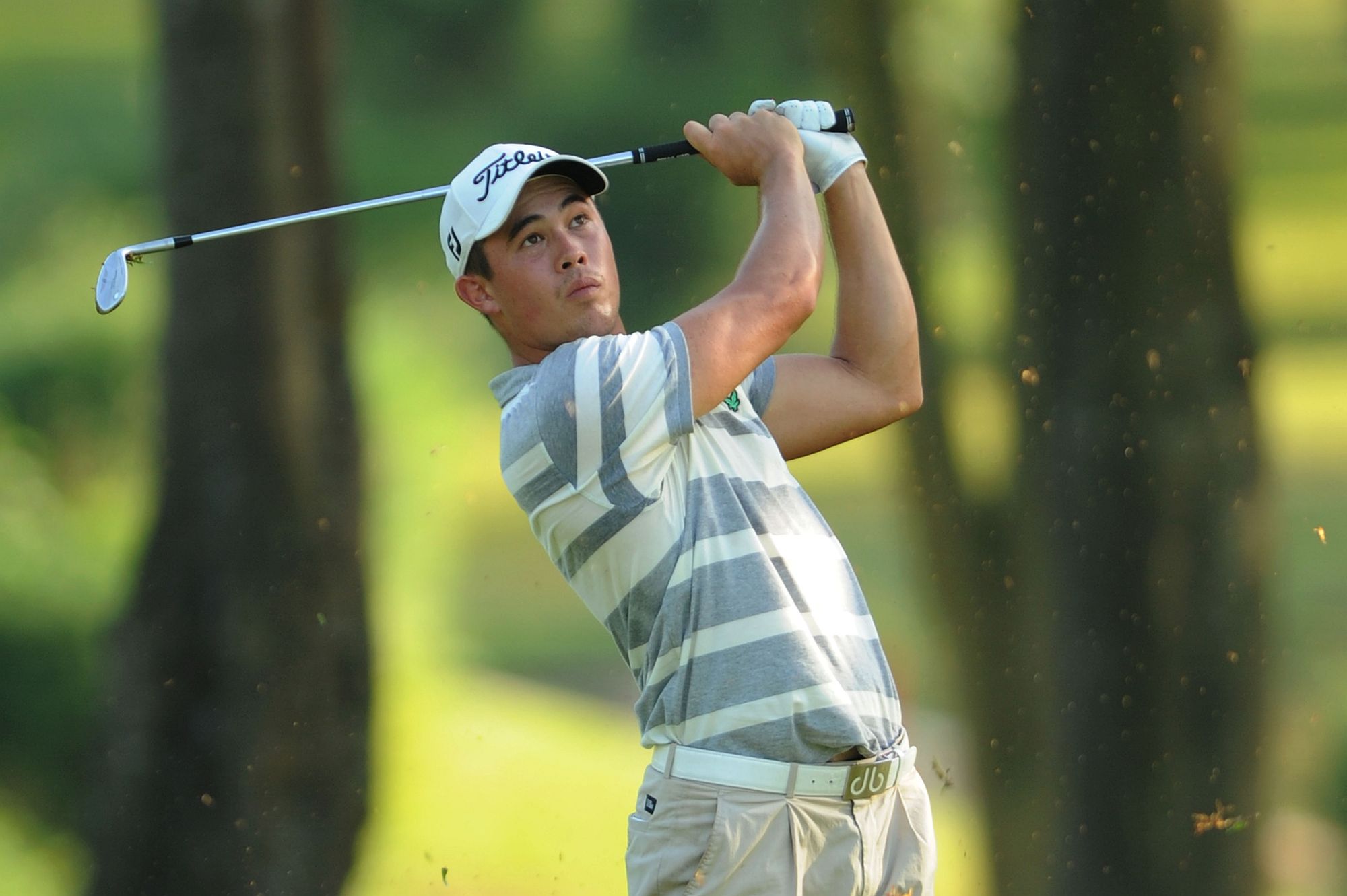 James Byrne of Scotland produced a grandstand finish when he holed a remarkable eagle on the last to win the US$100,000 Ciputra Golfpreneur Tournament by three shots on Sunday.

The 25-year-old Byrne fired three birdies in each half and sealed the deal with a 40-foot eagle putt for a flawless eight-under-par 64 to bag his second Asian Development Tour (ADT) title at the Damai Indah Golf, BSD Course.

Tour rookie William Sjaichudin (65) raised local cheers by claiming his best result on the ADT in tied second alongside overnight leader Brett Munson (70) of the United States on 274.

Malaysia’s Arie Irawan (70), Nils Floren (67) of Sweden, Anura Rohana (68) of Sri Lanka and Annop Tangkamolprasert (67) of Thailand finished a further shot back in tied fourth in the inaugural ADT event.

Byrne, a former Walker Cup star, was delighted to return into the winners’ circle after enduring a frustrating 2013 Asian Tour season where he lost his Tour card.

He hopes that his victory in Indonesia, which pushed him to eighth position on the ADT Order of Merit, will be a sign of better things to come as he aims to finish inside the top-five on the Merit rankings at the end of the season to regain an Asian Tour card for 2015.

“This is by far my most satisfying win,” smiled the dashing Byrne, who prior to his victory only made three cuts in eight appearances on the ADT this season.

“I didn’t play well on the Asian Tour to keep my card and I’ve been disappointed that I haven’t been closer to the top-five on the ADT Order of Merit. Hopefully this win will change things,” said Byrne, who won US$17,500 and earned six Official World Golf Ranking points.

“I’ve been playing so badly and at some point, you think on what you have been doing with your career. I’ve been working on the right things and change doesn’t happen immediately. I knew what I was doing in practice and I was confident the scores will improve,” he added.

Indonesia’s Sjaichudin overcame his initial jitters by shooting four birdies and one bogey in his opening six holes before adding four birdies on his homeward nine to enjoy his best placing on the ADT since turning professional early in 2014.

“I was very nervous in the first four holes because I haven’t been in this position for a long time. I think it was a good thing to have pressure because I was more focussed. I will definitely play in more ADT events to gain more experience,” said the 23-year-old.

Starting this season, the ADT will reward the top five players on the final Order of Merit with playing rights for the 2015 Asian Tour season.

This is a significant boost for aspiring professionals on the ADT as it is the highest number of Asian Tour cards up for grabs since the burgeoning Tour was inaugurated as a gateway to the Asian Tour in 2010. Only the top three players on the final ADT Order of Merit for each season obtained their Asian Tour cards in the past.