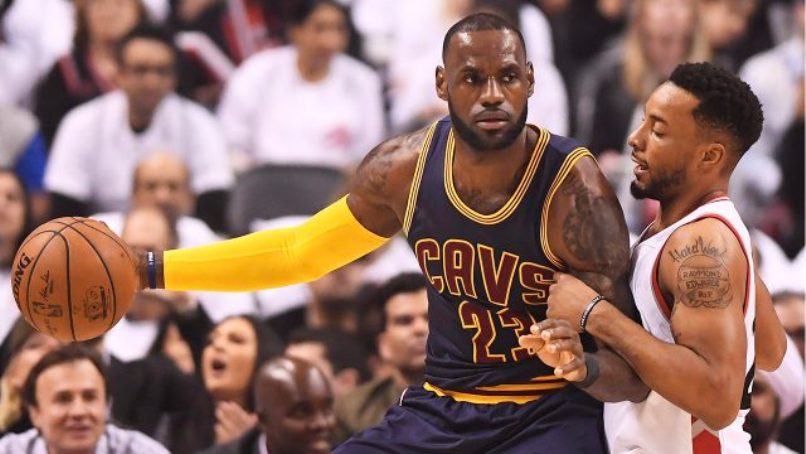 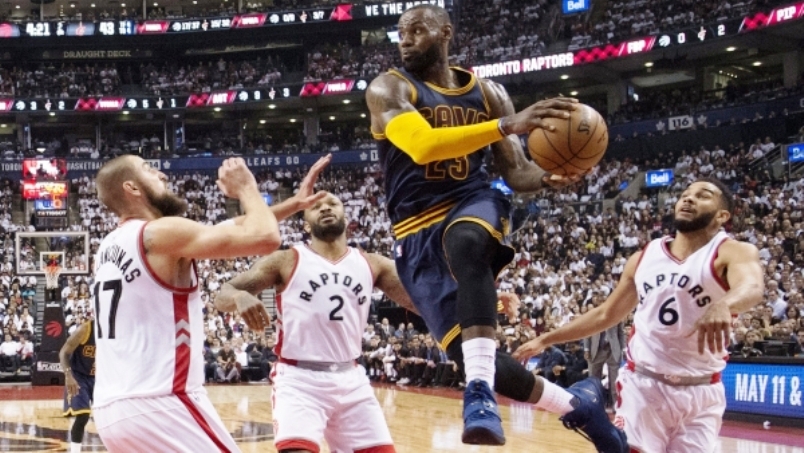 The NBA champion Cleveland Cavaliers powered into the Eastern Conference finals on Sunday, downing the Toronto Raptors 109-102 to complete a four-game sweep of their playoff series.

LeBron James scored 35 points with nine rebounds and six assists as the Cavaliers subdued the desperate Raptors to remain unbeaten in eight games in these playoffs.

They’re the first team to win eight games in a row over consecutive post-season runs.

“It’s never easy especially in a close-out game,” said Cavaliers guard Kyrie Irving, who scored 11 of his 27 points in the fourth quarter and added nine assists. “There’s desperation at their end and desperation at our end.”

In the Eastern Conference finals, the Cavaliers will play either the Boston Celtics or Washington Wizards for a place in the NBA Finals.

John Wall tallied 27 points and 12 assists as the Wizards defeated the Celtics 121-102 Sunday to level their series at 2-2.

Kyle Korver scored 18 off the bench as his 16 first-half points helped the Cavaliers erase an 11-point first-quarter deficit and take a 61-49 half-time lead.

With their backs against the wall, down 16 points early in the third quarter, the Raptors responded, taking a 93-92 lead with 6:38 to play.

“The closeout game is always tough,” Cavaliers coach Tyronn Lue said. “They came out and competed, took an early lead, went up 11.

“It was a tough game for us. We knew it would be, coming into a hostile environment.”

But it marked the second straight year that the Cavs eliminated the Raptors from playoffs on their home floor. They beat them in six games in the Eastern Conference finals last season.

But with Kyle Lowry on the bench for a second straight game with a sprained ankle, the Raptors couldn’t match the Cavs’ firepower.

Irving put Cleveland in front with a three-pointer with 5:34 to play and made two free throws.

His lay-up with four minutes left had Cleveland up by eight. The Cavs out-scored Cleveland 17-9 over the final 6:15, Irving producing all 11 points in one key 11-2 Cavs run.

James played the entire fourth quarter — but he’ll have plenty of time to rest since the conference finals won’t start before May 15.

In a closeout game, Lue said, “he tries to go as far as we need him in that fourth quarter.”

“I tried to get him out for a couple of minutes, but he said, ‘No, I’m fine,'” added Lue, who did make sure that James got a bit of a breather by calling a timeout on the heels of a Toronto 20-second timeout.

James will be playing for a seventh consecutive NBA Finals appearance, having had four in a row with Miami and the past two with Cleveland, and his eighth overall. James is 3-4 in his trips to the championship series. – Agence France-Presse