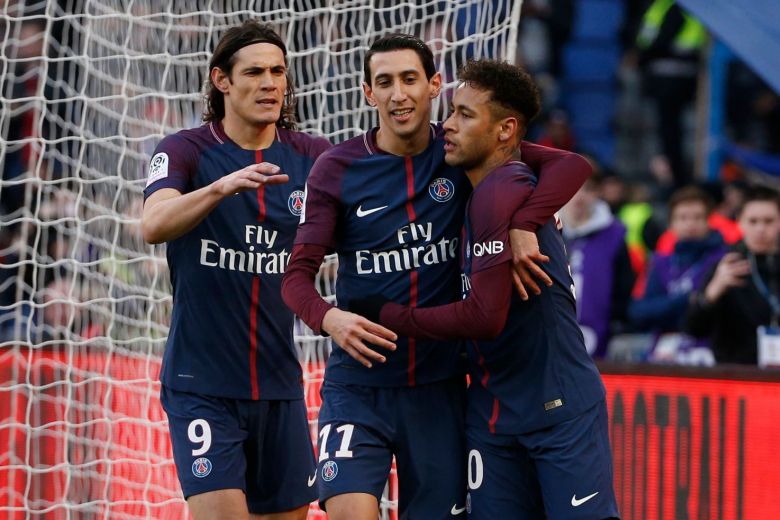 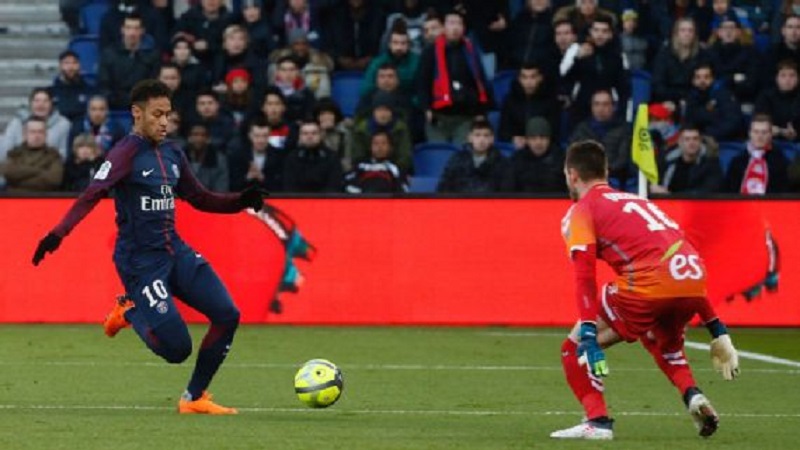 Edinson Cavani struck twice as Paris Saint-Germain beat Strasbourg 5-2 on Saturday to relieve some of the pressure on the runaway Ligue 1 leaders following their Champions League defeat at Real Madrid.

Strasbourg struck early through Jean Eudes Aholou, but PSG hit back courtesy of a Julian Draxler effort before two goals in as many minutes from Neymar and Angel Di Maria put the home side in control.

Stephane Bahoken pulled one back midway through the second half as Strasbourg threatened an unlikely comeback, but Cavani’s league-best 22nd and 23rd goals of the season ensured victory for Unai Emery’s team.

“The victory was important after the match on Wednesday. We win all our home matches,” said Emery, whose side last dropped points at the Parc des Princes in May.

“We have to show we can maintain this level of play against bigger teams, without meaning any disrespect to Strasbourg.”

He added: “We spoke about (the Madrid defeat) in the dressing room. Of course they remember the match from Wednesday. That’s normal so it’s important to speak about positive things. We feel very strong at the Parc.”

Captain Thiago Silva and Di Maria were recalled after Emery faced criticism for dropping them for the 3-1 loss in Madrid, and the coach was whistled by a section of home supporters unhappy with the Spaniard’s decisions in midweek.

Neymar was largely overshadowed by Cristiano Ronaldo in Spain on Wednesday, but the Brazilian could have struck within 90 seconds in Paris when he was denied the legs of Strasbourg goalkeeper Alexandre Oukidja.

The visitors, who inflicted PSG’s first defeat of the season in early December, sprang another surprise by grabbing the lead on six minutes following a clinical counter-attack.

Neymar was guilty of overplaying and lost possession allowing Strasbourg to break with great effect, the move finishing off with Aholou steering home a precise first-time finish from Kenny Lala’s cross.

PSG responded quickly though as an intended pass through from Neymar was diverted straight into the path of Draxler who swept low into the far corner for his first league goal in over three months.

The hosts promptly surged ahead as Neymar, picked out lurking on the far side of the box by Giovani Lo Celso, exhibited terrific composure and a deft touch to eliminate two defenders and tap home after his initial effort was kept out by Oukidja.

A dreadful lapse of concentration from Pablo Martinez then allowed Di Maria to pinch the ball from the centre-back within seconds of the restart and drill beyond Oukidja for PSG’s third.

Oukidja shovelled away a powerful Cavani header and Di Maria fluffed a glorious chance to extend the lead after Dani Alves had squared for the Argentine, but Bahoken gave Strasbourg a lifeline as he guided home from the edge of the box on 67 minutes.

However, Cavani allayed fears of another late PSG collapse with a clever chipped finish over the advancing Oukidja, and the Uruguayan struck again 11 minutes from time after latching on to an assist from Neymar.

Elsewhere, Saint-Etienne secured a third win in four outings with a 1-0 victory at Angers, Montpellier climbed to fifth after a 1-1 home draw with Guingamp, and Troyes moved out the relegation zone thanks to a 1-0 win over Metz.

Diafra Sakho netted his first league goals for Rennes following his January move from West Ham in a 2-2 draw away to Caen, with the hosts left to rue a pair of missed penalties.

Defending champions Monaco eased to a 4-0 home win over Dijon on Friday as Pietro Pellegri eclipsed Kylian Mbappe to become the youngest player in the club’s history.

Lyon will look to arrest a three-match losing streak away to Lille on Sunday, while third-placed Marseille can return to within a point of Monaco if they beat a resurgent Bordeaux at the Velodrome.  Agence France-Presse