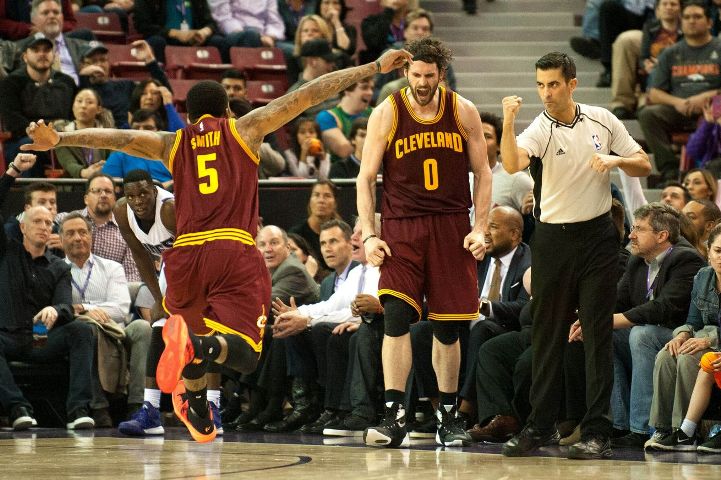 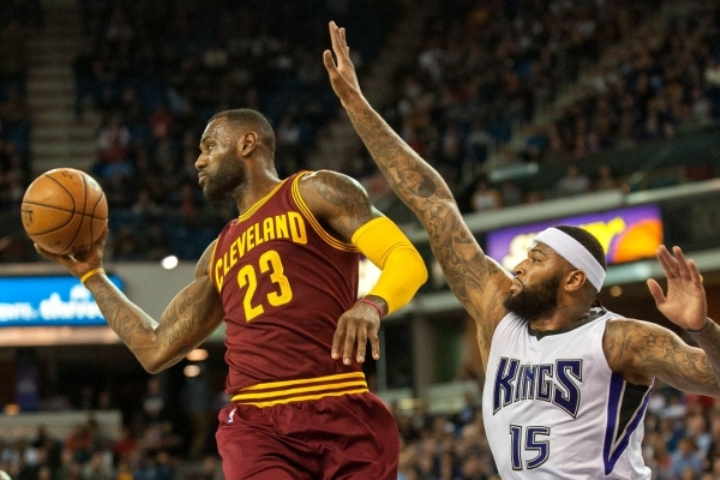 LeBron James scored 25 points as the Cleveland Cavaliers bounced back from their shock defeat to the Memphis Grizzlies with a 120-111 victory over the Sacramento Kings on Wednesday.

James had been scathing in his assessment of the Cavaliers’ readiness for the play-offs after Monday’s upset loss to Memphis, warning that his team were a long way from postseason form.

However the Cavs made sure there was no repeat defeat against Sacramento, who remain in the lower reaches of the Western Conference with a lot of ground to make up if they are to force their way into the play-offs.

Kyrie Irving top scored for the Cavaliers, while James also finished with 11 rebounds and six assists to go with his 25-point haul.

The key moment came when Kevin Love drained a crucial three-pointer late in the fourth quarter before drawing a foul.

Love converted the four-point play to give Cleveland a seven-point lead with 1:32 left that they never looked like relinquishing as they held on to win and improve their record to 45-18.

Tristan Thompson also chipped in with 18 points and 15 rebounds as Cleveland went 2 1/2 games clear of the Toronto Raptors at the head of the Eastern Conference.

In Oakland meanwhile, Stephen Curry had a relatively low-scoring night but still managed to produce some game-changing long-range magic with team-mate Klay Thompson to help the Golden State Warriors pull clear of the Utah Jazz in a 115-94 victory — their 46th consecutive home win.

Curry, who finished with 12 points, and Thompson (23 points) both produced three-pointers in the final 58 seconds of the second quarter which helped the Warriors take a stranglehold on the contest.

Utah had remained firmly in the hunt heading towards half-time with the Warriors — who are now 56-6 — holding a slender 43-41 lead.

But Curry connected with a three-pointer from halfway and Thompson sank another basket from 29 feet which suddenly put the Warriors eight points clear.

Oklahoma City Thunder meanwhile overcame the absence of Dion Waiters after the tragic death of his brother to romp past the Los Angeles Clippers with a 120-108 victory.

Waiters’ 21-year-old sibling Demetrius Pinckney was found dead in Philadelphia on Tuesday night in what is being investigated by police as a homicide.

It was the latest dark turn to the Thunder’s season after assistant coach Monty Williams’ wife was killed in a car crash last month.

Part owner Aubrey McClendon also lost his life in a car accident on March 2. On Wednesday the Thunder looked to their linchpins Russell Westbrook and Kevin Durant to provide leadership and both stars duly delivered.

Westbrook finished with 25 points, 20 assists and 11 rebounds to complete his 11th triple double of the season.

Durant meanwhile scored 30 and piled up 12 rebounds for the Thunder, his fourth straight game of scoring at least 30 points and 10 rebounds.

The victory was sweet revenge for the Thunder, who last week had squandered a 17-point lead in a defeat against the Clippers.

“We knew we could beat this team,” Durant said. “We knew a week ago we threw it away. We got great shots and we defended as well (tonight),” Durant said.

“This team is really good at getting back into the game, but we gave them that last game. Tonight we took it.” – Agence France-Presse