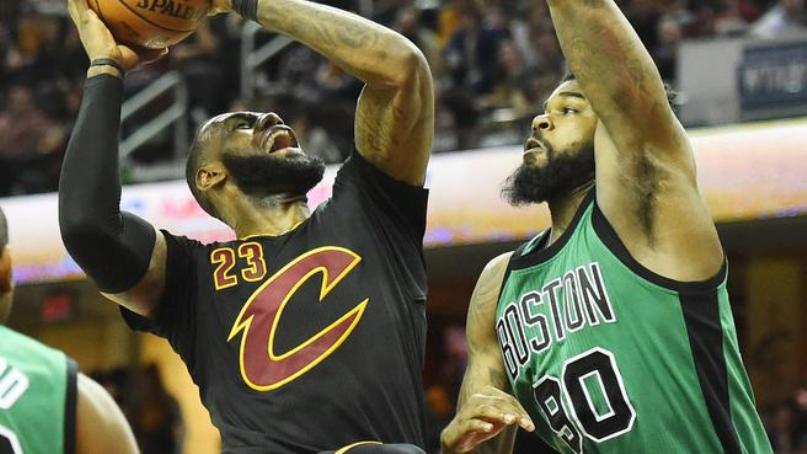 NBA champions Cleveland withstood a late charge from the Boston Celtics, but Cavaliers superstar LeBron James said the 124-118 victory was no thanks to him.

“I was horrible tonight,” James said. “In every facet of the game, I was just pretty bad and it’s unacceptable.”

Kyrie Irving led the Cavs with 32 points and 12 assists, his fifth double-double in his last seven games.

Kevin Love also notched a double-double with 30 points and 15 rebounds.

And James himself scored 23 points with 11 assists, his eight rebounds leaving him just two boards shy of a 46th career triple-double.

But James, who turns 32 on Friday, was irked by his eight turnovers and a lackadaisical inbounds play in the fourth quarter, when the Celtics were eating away at an 18-point deficit that they managed to reduce to one point four times before the Cavs finally put them away.

It was 113-108 with 3:26 to play when James took an inbounds pass and tapped the ball back to Irving. Boston’s lurking Avery Bradley pounced on the soft ball from James for a steal and a dunk.

Irving thought James was a little hard on himself.

“He gives himself an ‘F’ and he still ends up with 23, 8 and 11,” said Irving, who hobbled off in the final minute with a tight right hamstring.

While James was chastising himself, Oklahoma City star Russell Westbrook was pointing fingers at others — namely the referees — after he was ejected in the third quarter of the Thunder’s 114-80 loss to the Grizzlies in Memphis.

Westbrook was tossed with 6:41 remaining in the period after picking up two quick technical fouls for arguing with officials over whether the shot clock should have been reset for the Grizzlies.

“Honestly, it’s crazy, man,” Westbrook said. “Especially to be ejected like that when I didn’t do nothing. It was just crazy… because I feel like I don’t get the benefit of the doubt most of the time.

“I get so many techs for just talking. I can’t even say nothing when I’m getting hammered every time I go to the damn basket,” he said.

Before his exit Westbrook had 21 points, five rebounds and zero assists. He also had six turnovers.

He was the Thunder’s leading scorer, but it was a less than impressive stat line for a player who is averaging a triple-double (31.7 points, 10.9 assists, 10.6 rebounds) this season.

The Grizzlies were ahead 78-61 entering the fourth quarter and led by as many as 37 before it was over against a Thunder team that turned the ball over 19 times and scored 27 points below their season average.

Daniels’ contribution included six three-pointers, five of them in the last three minutes of the game. 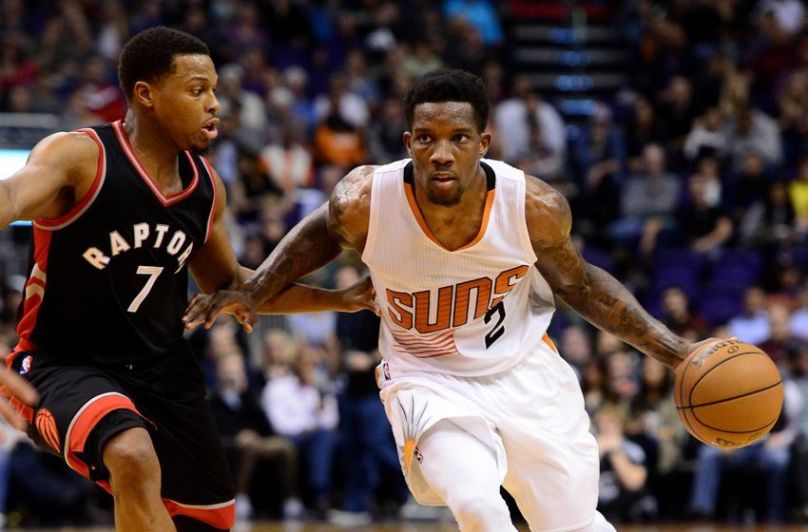 In Phoenix, Eric Bledsoe scored 22 points with 10 assists and Devin Booker added 19 points as the Suns downed the Toronto Raptors 99-91.

Forward P.J. Tucker had 14 points and center Tyson Chandler had 13 rebounds as the Suns won for the second time in seven games.

Toronto, the Atlantic Division leaders who are second in the Eastern Conference behind the Cavaliers, had 24 points each from Kyle Lowry and DeMar DeRozan.

But the Raptors shot just 40 percent from the field and tied a season low in points one day after their four-game winning streak was snapped in a 121-111 defeat at Golden State.

“We had too many mistakes tonight, too many turnovers and couldn’t make shots,” DeRozan said.

Utah Jazz guard George Hill returned with a flourish after a 13-game injury absence, scoring 13 of his 21 points in the fourth quarter of a 100-83 victory over the Philadelphia 76ers.

Hill, who had a sprained toe, also contributed eight rebounds and six assists as the Jazz, trailing by four after three quarters, powered to the win. – Agence France-Presse