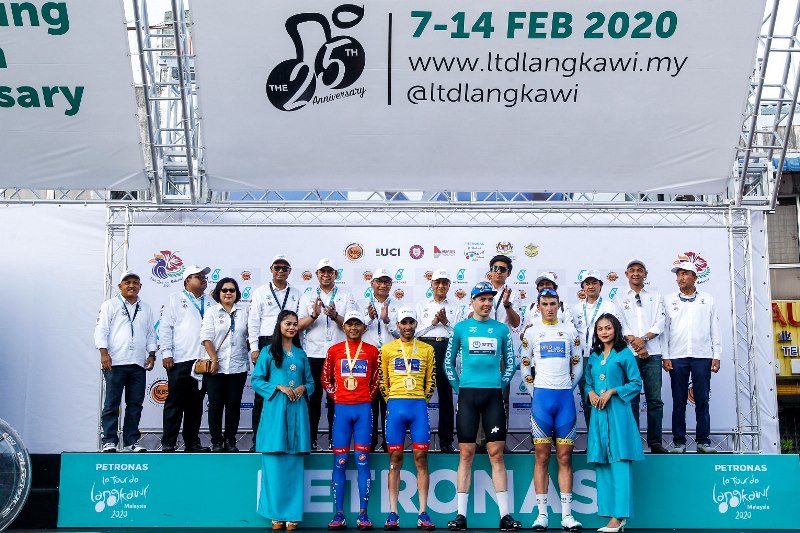 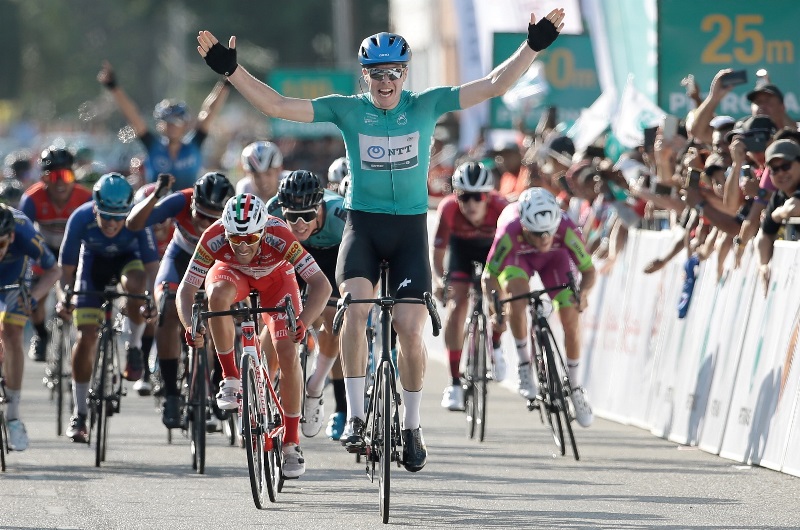 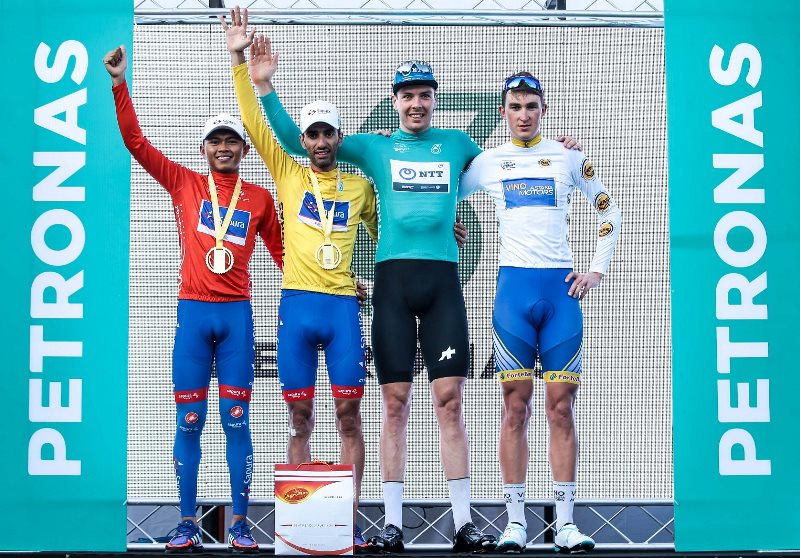 Danilo Celano confirmed the biggest victory of his career as Team Sapura Cycling took their second straight overall individual and team classification victory with a bonus mountains classification win for young Nur Aiman Zariff as the PETRONAS Le Tour de Langkawi 2020 drew to a close with another bunch sprint in its birthplace of Langkawi today.

Germany’s Max Walscheid won a bunch sprint to bag the final stage victory after an active day with multiple breakaway attempts were kept under wraps by the Sapura team to safeguard 30-year old Celano’s lead in the general classification.

“It is a special feeling particularly because it was a very hard race, especially for me because I am a pure sprinter. Today it was a matter of good teamwork to put me in the place to go for the win. We discussed many possibilities for the race in our meeting and with my teammate Samuele Battistella in the front in the breakaway was really good because like this I could really focus on the sprint,” said Walscheid.

“I didn’t need to follow any moves and could just save as much energy for the final sprint. In the end we did a great lead-out and I won.” 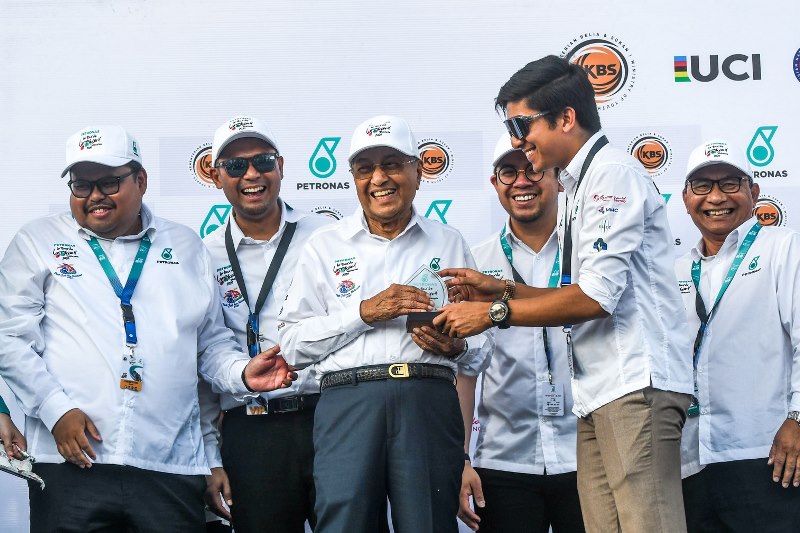 The stage around the island of Langkawi was dotted with breakaway attempts but none would have caused any severe repercussions in the general classification, apart from a shortlived solo attempt by second placed Vino-Astana Motors’ Yevgeniy Fedorov, who made a short burst from the front of the peloton inside 6km to go with escapees ahead, but was swiftly reeled back by the Sapura-led bunch.

Fedorov, 19, returned with a consolation prize of the Asian riders’ classification to add to his brilliant opening stage solo breakaway win in Kuching. With the bunch sprint set, it was a matter of pre-race favourite Walscheid ensuring he made no mistake in hammering down his second stage win.

“I just tried to do something, to attack and maybe go for the stage win and maybe make up a few seconds in the general classification. But the peloton were just too strong. I am however quite satisfied with the result here. One stage win, second place is not bad. The team is happy,” said Fedorov.

The 25th edition of LTdL ended with several notes of history, in particular for Malaysian cycling with Terengganu Inc-TSG’s Harrif Saleh registering two stage wins and finishing third in the points classification. He is the only Asian to have three LTdL stage wins on his palmares.

“I was hard to climb for the victory. But I thank the tour for this. It is a very important race for my team, so we prepared very hard for this and the plan went well. I was a bit sick this morning. I thought I would not be able to finish at the start, but I thank the whole team for pushing me, including the staff. They had believed more in my overall victory than me myself,” said Celano.

Nur Aiman said it was a memorable race for him to take the mountains classification.

“It is a good memory for me. I am more of a time trialist, but I can climb as well. I want to try to win more this season, beginning with the next race,” said Nur Aiman, the first Malaysian to win the mountains classification in the race.

The end of LTdL 2020 doesn’t mean the end of the racing, with a post-race event – the Langkawi Classic Race of Champions set to bring down the curtains tomorrow.