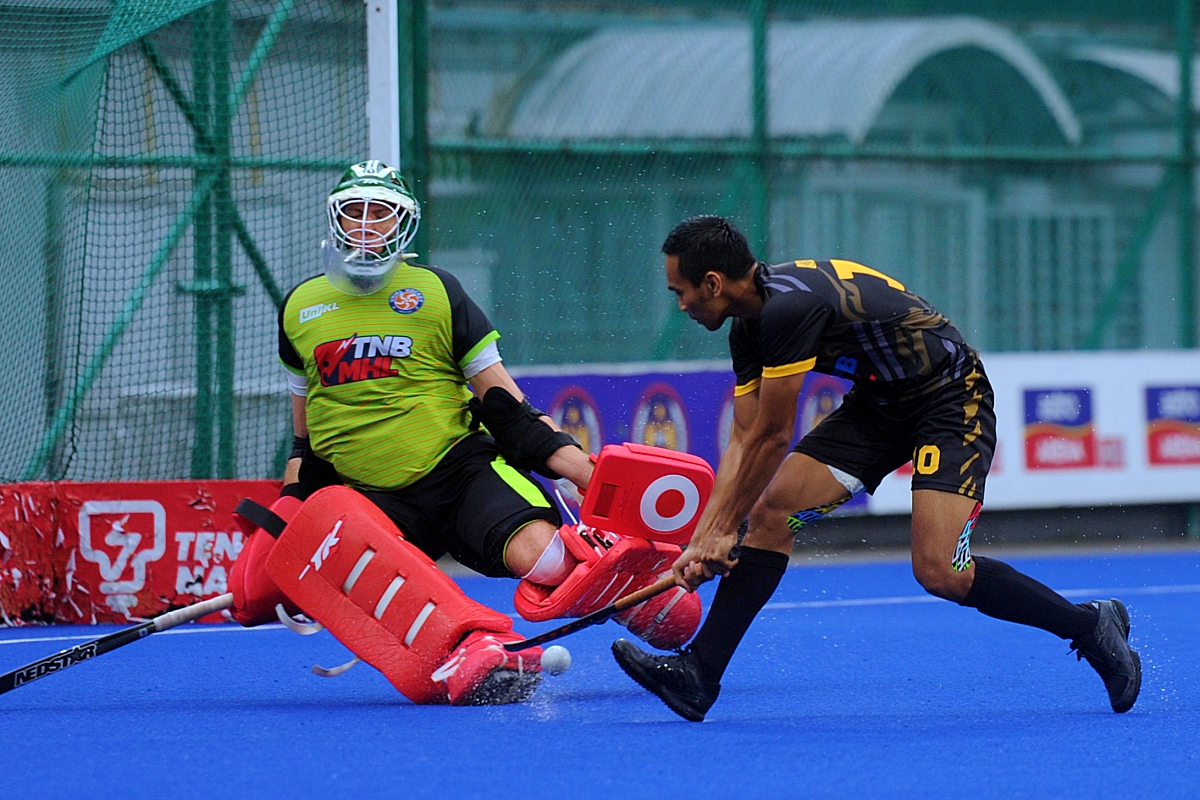 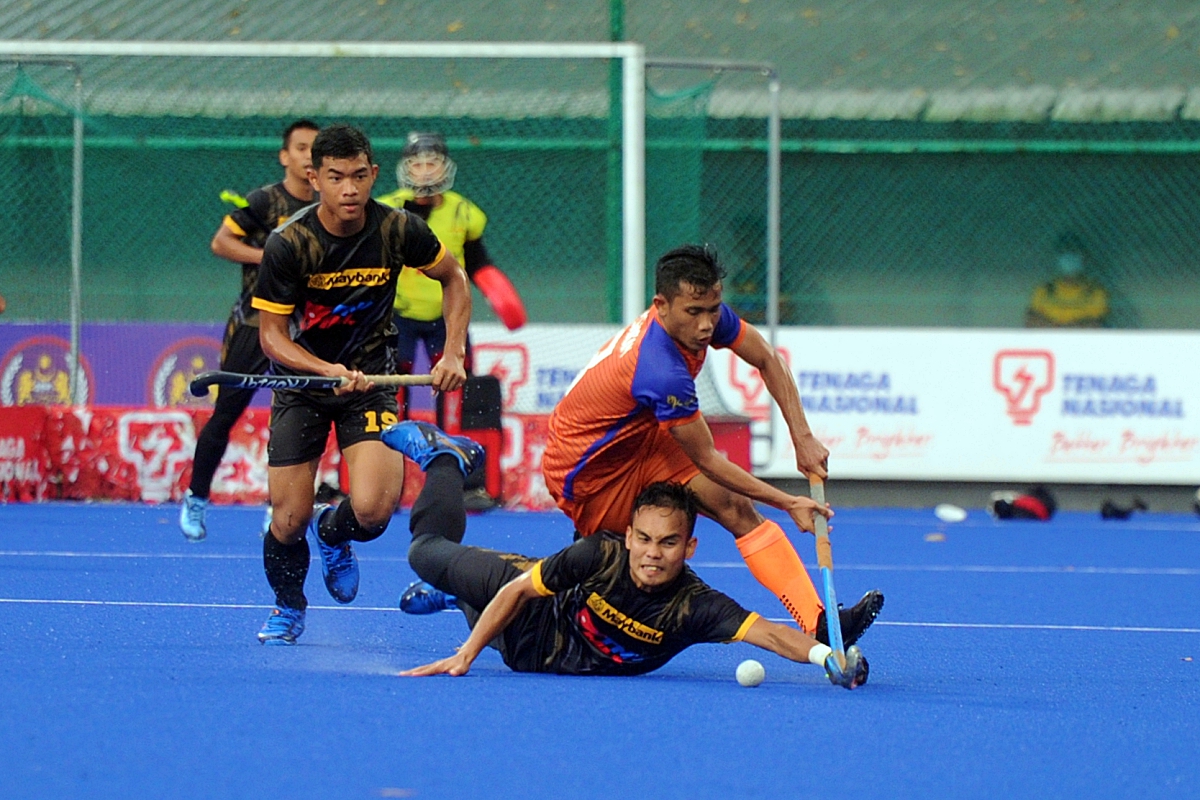 It was a perfect day for Tengku Ahmad Tajuddin as he celebrated a hat-trick in Universiti Kuala Lumpur’s 4-0 demolition of Maybank in the return-leg of the TNBMHL Premier League match at the National Hockey Stadium in Bukit Jalil today.

Maybank is in the fourth spot with 19 points. UniKL will play TNB on Sunday at the same venue in their 14th and final fixture of the League.

“Today’s match was in preparation for Sunday’s crucial tie against TNB. As League champions I want the players to play like champions and maintain our unbeaten run,” said UniKL coach Arul Selvaraj.

“We had maintained the same players throughout the last 13 matches with a short stint by the youngsters. It was a good match against Maybank in preparation for the TNB Cup as well,” he added.

The match between UniKL and Maybank was delayed for 30 minutes due to a heavy downpour.

Maybank lost 4-2 in the first round of the league, and like wounded tigers, were bent on turning their fortunes around in this return leg encounter.

The Tigers got off on a tenacious pace but were aimless in their adventure. Seven minutes into the match, Dutchman Roel Bovendeert struck early for UniKL with a perfectly executed shot past goalkeeper Mohamad Zaimi Mat Deris following a pass from Tengku Ahmad Tajuddin Tengku Abdul Jalil.

UniKL extended the lead in the 14th minute, this time through Tengku Ahmad Tajuddin via a field goal and the former international, who is still nursing an injured jaw, scored the third goal in the 25th minute in a similar fashion.

While UniKL maintained a 3-0 lead into the second half break Maybank had earlier earned their first penalty corner at the start of the second quarter but Joel Samuel Van Huizen’s powerful drive was thwarted by goalkeeper David Harte.

The 2019 and 2020 League champions, however, went 4-0 ahead in the 32nd minute via a hat-trick from Tengku Ahmad Tajuddin – taking his personal tally to seven goals in the league so far.