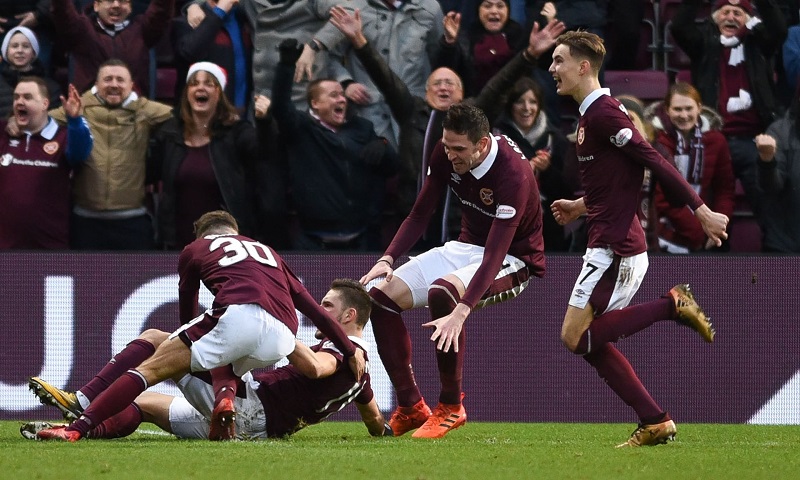 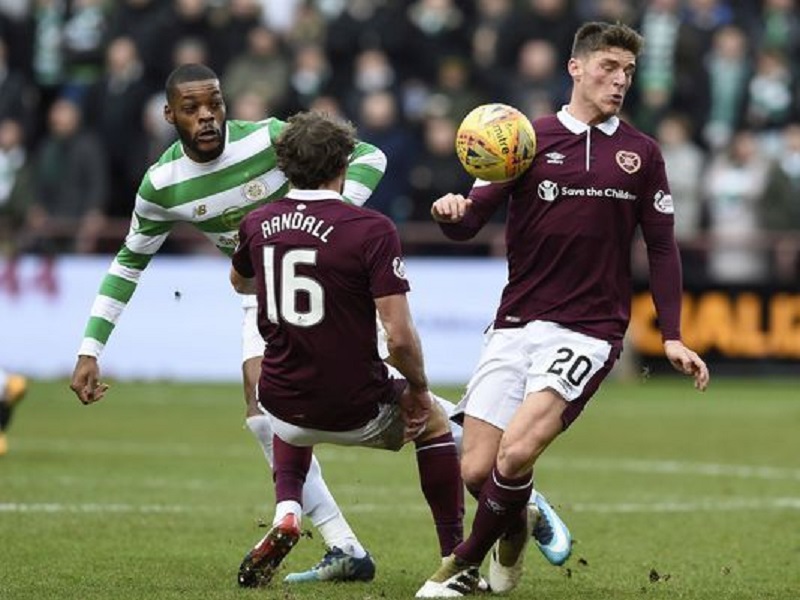 Celtic’s record-breaking 69-game unbeaten run in Scottish domestic football came to a stunning end as the champions were thrashed 4-0 by Hearts on Sunday.

Brendan Rodgers’ side lost for the first time since St Johnstone beat the Glasgow club 2-1 in May 2016.

Goals from Harry Cochrane and Kyle Lafferty put Hearts two up by half-time at Tynecastle in Edinburgh before David Milinkovic’s brace sealed Celtic’s fate in the Scottish Premiership clash.

Despite their painful loss, Celtic remain two points clear of second placed Aberdeen with a game in hand.

Hearts, who were forced to make seven changes for the match due to a horrendous injury list, took a deserved 26th minute lead through 16-year-old Cochrane before former Rangers striker Lafferty doubled their advantage nine minutes later.

On-loan winger Milinkovic made it 3-0 two minutes after the break before he added a fourth from the penalty spot with 15 minutes remaining to seal Hearts biggest victory over the Hoops since 1895.

It was the first taste of Scottish defeat for Rodgers, who has won four successive trophies since arriving at Celtic Park last year, as his side failed to score for the first time in 74 matches.

Celtic restored Kieran Tierney, Jozo Simunovic and Mikael Lustig to their defence after resting them for the midweek win over Hamilton.

However, they looked shambolic at times when dealing with a Hearts side that put them under pressure from the start.

The warning signs were there when Lafferty got behind the Celtic defence early on, only for a contentious offside decision to save the visitors. Then Ross Callachan came close with a fizzing strike from just outside the box.

Christophe Berra then sent a header just wide from a Don Cowie corner before teenager Cochrane got his first goal for Hearts with a superb strike.

Cowie pounced on some loose play by Dedryck Boyata and worked the ball to Cochrane who took a touch before smashing a left-foot strike low past the despairing Craig Gordon.

Celtic barely had time to reorganise before Lafferty added a second.

Milinkovic burst into the Celtic half and picked out Lafferty with a great cross-field pass.

The Northern Irish striker took a couple of touches before firing a sensational angled strike in off the far post from 20 yards.

The Hoops made two changes at the break with Moussa Dembele and Stuart Armstrong coming on for Olivier Ntcham and Kieran Tierney, but they couldn’t stop Hearts adding a third almost immediately.

Celtic defender Simunovic made a mess of dealing with a hopeful long ball and it fell to Milinkovic at the edge of the box. He took it round Gordon before rolling a shot past Mikel Lustig on the line.

Celtic did rally with Jon McLaughlin at full-stretch to push away a fierce strike from Leigh Griffiths and Scott Sinclair blazing over.

But it was Hearts who added another from the spot through Milinkovic after Gordon needlessly brought down Callachan as the Jambos recorded their third win in a row.