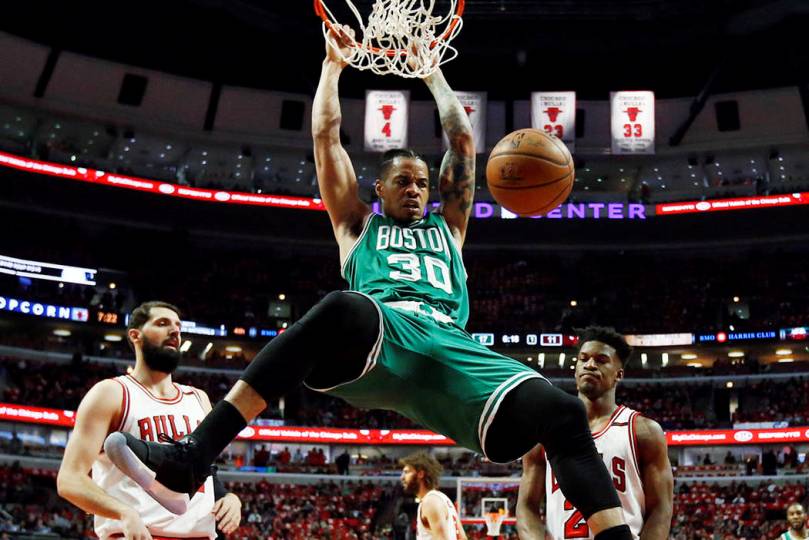 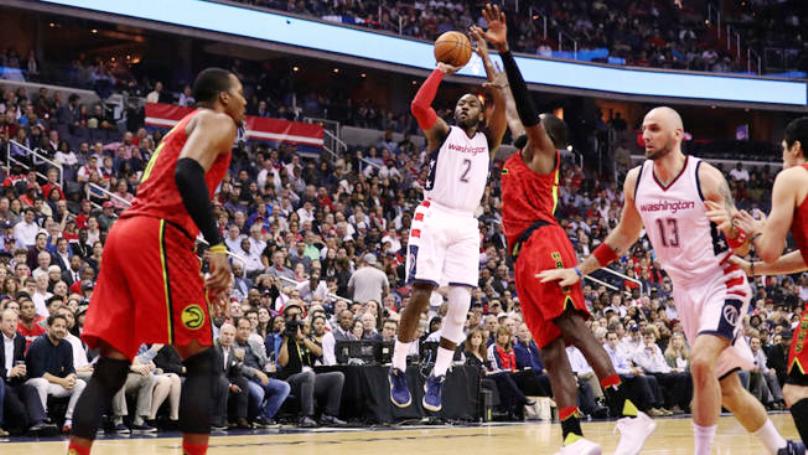 Avery Bradley led a balanced offensive attack as the Boston Celtics advanced to the second round of the NBA playoffs with a 105-83 rout of the Chicago Bulls on Friday.

Bradley led the way with 23 points as all five Celtics starters scored in double figures to close out their best-of-seven Eastern Conference series in six games.

It was an emotional series victory for Boston. The Celtics had to win four straight after dropping the first two games of the first round matchup. In addition they had to rally around teammate Isaiah Thomas who lost his sister in a fatal car accident.

“I said this a couple of times — bigger things than basketball happen and that takes precedence,” Boston coach Brad Stevens said. “I was really proud of our guys how they treated each other and how they stuck together.”

With the victory, the Celtics advance to face the Washington Wizards, who eliminated the Atlanta Hawks with a 115-99 victory earlier Friday.

Gerald Green tallied 16 points for the Celtics, while Jae Crowder, Thomas and Al Horford each scored 12 in the series clinching victory.

“(After the first two games), the team wasn’t right,” Horford said. “But after that second game going into third, I thought we were in a better place and that helped us get over the hump.”

Jimmy Butler scored 23 points for the host Bulls, who squandered a 2-0 lead after a pair of lopsided victories in Boston. Butler posted a team-high point total in game six despite being hampered by a knee problem.

In Atlanta, guards John Wall and Bradley Beal combined for 73 points and the Wizards easily defeated the Hawks to also clinch their East series four games to two.

“John is a heck of a player,” said Washington coach Scott Brooks. “He’s carried us with his leadership.

“For young players in this league, I couldn’t ask for two better guys to lead our team.”

The dynamic duo completed the series with 332 of the team’s 640 total points in six games — 52 percent of Washington’s offense.

In the night game, the Los Angeles Clippers staved off elimination by beating the Utah Jazz 98-93 behind a 29-point performance from Chris Paul.

DeAndre Jordan chipped in 13 points and 18 rebounds as the Clippers tied the series 3-3 with game seven set for Sunday in Los Angeles.

With Los Angeles ahead by three points, Utah’s Joe Johnson had a chance to tie it, but he missed a three-pointer with about six seconds remaining.

Paul hit a pair of free throws with one second left to seal the victory.  – Agence France-Presse